Wisconsin Is a Global Trade Winner 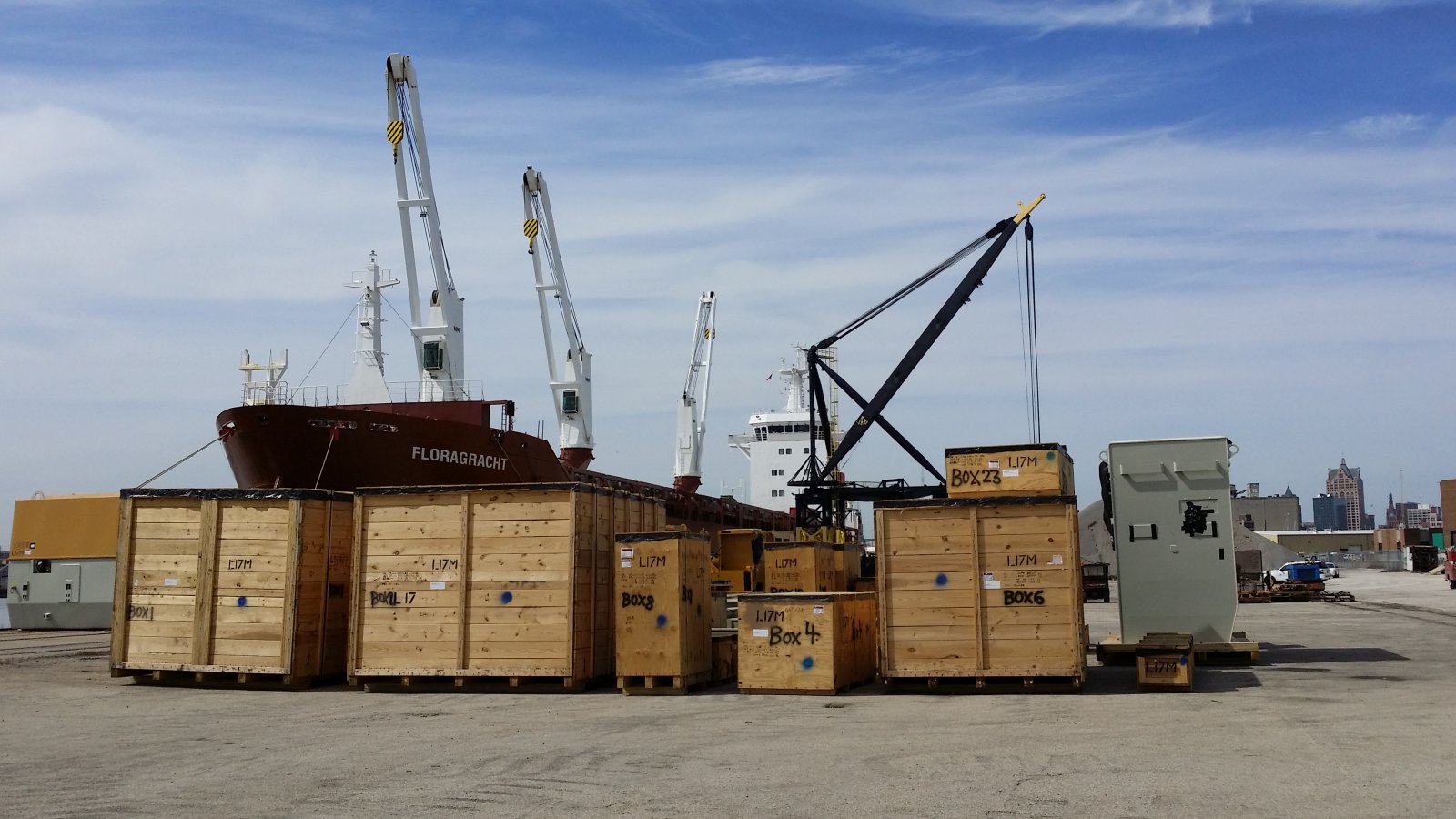 Mining Equipment staged to go out to the Netherlands, April 2015. Photo by Peter Hirthe.

Anyone who read a Monmouth College Poll from back in 2011 might have predicted the unexpected rise of Donald Trump. The poll found Midwestern residents — by huge margins — saw themselves as losers from global trade, just as Trump would insist in his campaign.

Given such negative feelings about global trade, it’s hardly surprising a majority of respondents — 48 percent — agreed that trade restrictions were needed to protect U.S. industries, compared to 37 percent who disagreed. That would become a key issue for Trump, who argued that free trade had destroyed American jobs and the nation must adopt more protectionist policies. And the issue clearly helped him win Rust Belt states like Ohio, Michigan, Pennsylvania and Wisconsin.

Consider the North American Free Trade Agreement, or NAFTA, which made trade far easier with Canada and Mexico. Wisconsin has a big surplus with these countries, exporting $7.3 billion in products to Canada while importing $4.2 billion in 2015 and exporting $2.97 billion to Mexico while importing $2.69 billion. Any measures to institute protectionism or otherwise reduce the flow of trade under NAFTA will hurt Wisconsin.

Wisconsin is a big trade loser with just one country: China. In 2015, this state exported goods worth $1.55 billion to China and imported $4.2 billion from that nation.

What makes Wisconsin an island of success amid a Rust Belt with huge trade deficits? The best guess is it combines a still strong manufacturing economy that tends to specialize in higher-end products — rather than basic goods like steel — that can’t be duplicated, plus a robust agriculture sector that is a huge exporter of cheese.

One report found Wisconsin ranks second among the states in export of dairy products ($597 million), in HVAC & refrigeration equipment ($531 million), and miscellaneous animal products ($235 million), and third in miscellaneous transportation equipment ($413 million). “It is the top exporter of furskins and ranks among the top 10 exporters of berries, potatoes, vegetables and melons, and corn,” the analysis noted.

All of which has made Wisconsin a big winner from trade. The same report found that more than one in five jobs in Wisconsin are trade related. Other statistics from the report paint a very positive picture:

-U.S. exporting plants increase employment 2 to 4 percent faster annually than plants that do not export.

And that is just the export side of Wisconsin’s trade. On the import side, trade greatly lowers the price paid for retail goods. The number one item imported by Wisconsin is sweaters, which can be made much cheaper in places like China and Mexico. As a result of imports, the cost of retail items purchased declined greatly between 2003 and 2013, with the price of  TVs dropping by 87 percent, computer prices by 71 percent and toys by 42 percent.

Were there some trade losers in Wisconsin? Undoubtedly.

A study last year by three economists — David H. Autor of the Massachusetts Institute of Technology, David Dorn of the University of Zurich and Gordon H. Hanson of the University of California, San Diego — found that Chinese imports eliminated nearly one million American manufacturing jobs from 1999 to 2011. When you add in suppliers and other related industries, the total job losses reached 2.4 million. And some of those job losses were suffered in Wisconsin.

But the reality, as many economists have noted, is that the decline in U.S. manufacturing jobs is mostly due to automation, not overseas trade. A 2015 study by the Center for Business and Economic Research at Ball State University in Indiana found that of the 5.6 million manufacturing jobs lost by the U.S. between 2000 and 2010, just 13 percent were due to trade. The rest were eliminated due to automation, robots or other efficiencies realized by factories.

Even in states with huge trade deficits — like Michigan and Pennsylvania — the big culprit is likely automation, while the benefits from cheaper imports and faster growth in export-related jobs may make trade a net positive. But the size of their trade deficit would certainly explain why these Democratic-leaning states voted for Trump.

Wisconsin’s vote, by contrast, is harder to understand. Voter suppression was likely a factor. So was the long-term decline in rural farming jobs noted by Data Wonk columnist Bruce Thompson.

But whatever the reason for Wisconsin’s vote, it’s hard see how trade protectionism will help it. In particular, any efforts to reduce trading under NAFTA will be a downer for the Dairy State.

14 thoughts on “Murphy’s Law: Wisconsin Is a Global Trade Winner”