Lawyers paid $2.1 million to defend gerrymandering, give $76,000 to politicians. 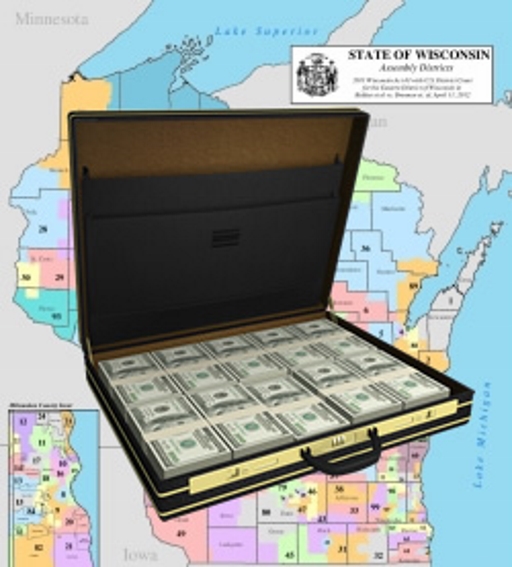 Attorneys with two law firms hired Thursday by GOP legislative leaders to represent them in a landmark redistricting case have contributed about $76,500 to Wisconsin candidates.

The vote to hire the firms, Kirkland & Ellis, of Chicago, and Bell Giftos St. John, of Madison, was made in secret by two Senate and Assembly committees controlled by Republican legislative leaders. Democratic leaders opposed the hiring. Republicans on the committees, who voted to hire the firms with no limit on how much they will be paid, were:

The GOP leaders hired the lawyers to file friend-of-court briefs in support of the state’s appeal, which is being handled by Republican Attorney General Brad Schimel. Kirkland & Ellis attorneys regularly charge more than $800 an hour.

GOP legislators have already spent about $2.1 million in legal fees to create and defend the 2011 maps. New legislative maps must be drawn every 10 years to account for population shifts identified in the U.S. Census. The legislative maps drawn in 2011 favored Republican incumbents and candidates for legislative office because the GOP controlled the legislature and the governor’s office in 2011.

But last year, a panel of three federal judges ruled that legislative redistricting maps drawn up by majority Republicans in 2011 were so favorable to their party that they violated the voting rights of Democrats and were therefore unconstitutional. Last month, the same panel of judges ordered the legislature to create new maps by Nov. 1.

Attorneys for Kirkland & Ellis contributed about $75,500 mostly to Republicans for statewide office and the legislature between January 2010 and October 2016. The top recipients were: