By Kari Lydersen, Energy News Network - Jan 31st, 2017 10:04 am
Get a daily rundown of the top stories on Urban Milwaukee 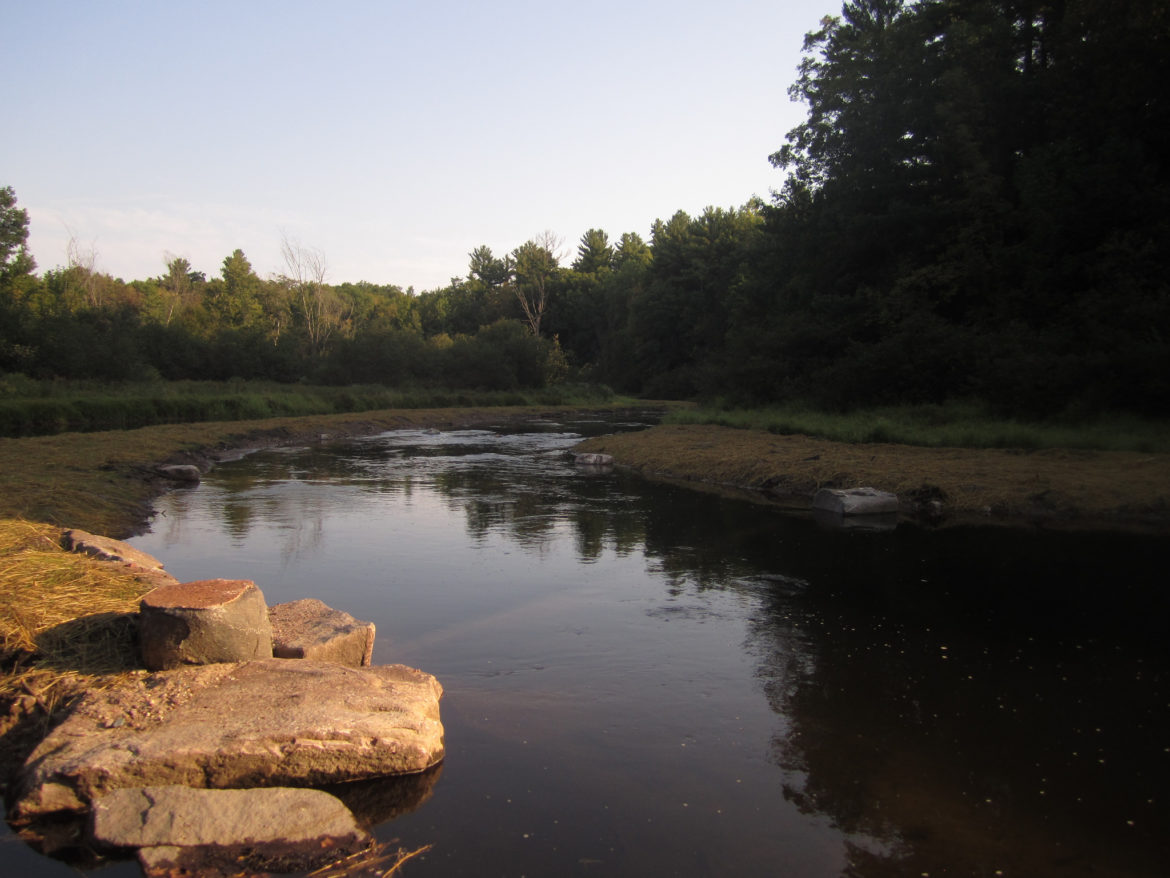 As President Donald Trump’s administration aggressively embraces climate change denial and shuts down government communication on the topic, Wisconsin agencies under Gov. Scott Walker are already ahead of the curve.

On December 21, the Wisconsin Department of Natural Resources removed language about climate change’s human causes and impacts from its website, as first reported by blogger Jim Rowen.

The Milwaukee Journal Sentinel also recently discovered that the state’s Public Service Commission removed its own page about climate change sometime after May 1, 2016. The commission, appointed by the governor, has been notoriously hostile to solar and clean energy in general.

But ironically, Wisconsin has a long history of being a leader on climate change and clean energy research, including by scientists working for government agencies and public universities.

Scientists and experts wonder how the semantic battles will affect their work on the ground and the state’s climate and energy policies. Meanwhile, they note that the state will have to deal with serious impacts of climate change whether officials acknowledge its causes and severity or not.

The Wisconsin Initiative on Climate Change Impacts (WICCI) based at the University of Wisconsin has, among other things, developed a “down-scaling” model used nationwide for predicting what geographic climate an area will most closely resemble in the future. For example, by 2100 the climate in Madison will likely be analogous to the climate of Oklahoma today, the model predicts.

In past years WICCI collaborated closely with the DNR in predicting the impacts of climate change and how the state should respond.

Meanwhile, the Wisconsin Energy Institute also based at the university is a leader on research into electricity systems, clean transportation fuels and the political, social and economic context of energy transition. And under former DNR Secretary George Meyer in the 1990s, Wisconsin helped convene 22 different states’ natural resource leaders to talk about climate change, as Meyer recounts.

“A lot of us didn’t know a lot about it then,” Meyer said. “Some were very on board, many were not or were still trying to get a handle on the reality of it. So we initiated that discussion, and we brought in national experts.”

State Rep. Christine Taylor (D-Madison) finds it “totally appalling” that the DNR removed climate change language from its website in December, especially given the scientific expertise in Wisconsin.

“So here we have this groundbreaking research being done and at the same time this climate denier in the Governor’s office is making policies that gut all of our environmental protections and the public’s interest in our natural resources,” she said. She noted that she is planning to introduce a bill calling for a tax on fossil fuels, which has widespread public support.

In 2015, Walker’s administration announced 66 positions being cut from the DNR, a quarter of them in the department’s science bureau. DNR Secretary Cathy Stepp has said research isn’t in line with the department’s mission.

That same year, the Board of Commissioners of Public Lands — a separate Wisconsin agency — voted to ban its employees from talking about climate change in their job capacity, including answering questions about climate change’s possible impacts on the timber harvest. The move was reportedly in response to work years earlier by the board’s executive secretary, Tia Nelson, daughter of former Wisconsin governor and Earth Day founder Gaylord Nelson. Tia Nelson had chaired a state task force recommending the state adopt emission-reduction targets, and she had testified before Congress and was otherwise outspoken about climate change.

Information related to climate change had also been removed from the agency’s website earlier in the Walker administration, as blogger Rowen has reported. In recent years there has similarly been outcry from advocates and tension within the DNR over the role of science in its positions on mining, logging and management of the deer and bobcat hunts.

“The DNR should be called the polluter’s protection agency because all they [leaders] care about is protecting polluters, not all of our very important landmark environmental protections,” said Taylor. “They’re firing scientists who are doing very important research on responsible conservation management practices. It’s just one thing after another with this agency.”

Some saw the latest language removal as related to Trump’s election, but the change reportedly happened after a reporter at the Lakeland Times, a small paper in northern Wisconsin, pressed the agency on the issue. Northern Wisconsin Republican state Sen. Tom Tiffany, an outspoken critic of the DNR, the EPA, climate change science and what he calls “theoretical” scientific research, has also been considered a force behind the changes.

The recent removal of climate change-related language from the website “was not a direct correlation to the Trump election and [Trump’s] apparent disbelief in climate change as a real issue in the world,” said Meyer, who was secretary of the department from 1993 to 2001, having worked at the DNR since starting as an intern there in 1970. “This actually started a few years ago. Very little happens in the agency that the governor’s office has not signed off on; very little period and much less something that’s controversial.”

DNR spokesman Jim Dick said the DNR “does not have the capacity to independently evaluate the causes of climate change. We leave that to the scientists/researchers working in that area.”

“The updated page does not deny the climate is changing,” Dick continued. “It does not challenge the work scientists are doing on the topic. That’s why the updated page features links to UW-Madison programs that include climate change in their research. It also does not say the cause and effects of the change in climate are debatable. It says they are being debated. There’s a difference. Many scientists may be in agreement but this topic is still the subject of much debate and discussion among the general public.”

With an economy heavily dependent on agriculture, outdoors tourism and forestry, climate change could have a range of severe impacts, as WICCI has documented.

The trout fisheries that bring anglers from around the country could be seriously affected by warming waters and changing stream flows. Increased heavy rains could cause soil erosion devastating to farms and dairies. Warmer weather could affect wildlife and the spread of tick-born Lyme disease, a serious problem in a state famed for hunting and camping.

Groundwater crucial for agriculture and streams in the Central Sands area could be reduced, and political tension between different groundwater-using interests could grow. Increasing heavy storms could wreak havoc on towns and fishing operators on the coast of Lake Michigan.

Tree species like white birch and jack pine could be pushed out of the state by rising temperatures. And forestry could become more damaging, since warmer winters means frozen ground wouldn’t as often protect tree roots from heavy logging machinery moving over them.

Crops and dairies could also be severely affected by increased temperatures and increased rainfall or drought, which could exacerbate the effects of weeds and pests.

Meyer, who is now executive director of the Wisconsin Wildlife Federation, said the state will waste money if it doesn’t adequately consider climate change predictions.

“Clearly the state is going to see significant impacts from climate change,” he said. “We are going to expend funds for resource management that are going to be stranded” because the state’s attributes and needs will change significantly, he explained. “As the resource changes, those investments will have diminished value.”

In 2011, working in conjunction with the Wisconsin DNR and other partners, WICCI released a comprehensive study on climate change impacts and adaptation strategies in Wisconsin: That’s the kind of direct collaboration that isn’t happening anymore.

But David Liebl, a University of Wisconsin professor and leader of WICCI, said he is not overly concerned with the future of climate research in Wisconsin.

“The work WICCI is doing with the DNR has transitioned from trying to identify how a changing climate might have an effect on Wisconsin’s natural resource management to looking at ways Wisconsin can adapt,” Liebl said. “Those changes would include both recent and historic changes and changes that might be projected in the future. We are still engaged with scientists from the DNR, but we don’t have an official organizational relationship of the type we had prior to the 2011.”

Liebl said employees of the DNR are still part of working groups WICCI has convened focusing on plant and natural communities, water, forestry and other issues.

“The management decisions that the department will and has been making are very long-term in relation to climate, as you would expect with the long-term duration of the trends,” said Liebl. “I wouldn’t say there’s any abrupt about-face going on. These are political decisions over which we don’t have much sway. Our approach is to be as supportive and constructive as we can be.”

Keith Reopelle, senior policy director of Clean Wisconsin, has a gloomier view of the impacts of the DNR’s stance.

“If you’re not recognizing that burning fossil fuels is causing climate change, then you’re not looking for solutions that reduce climate change,” Reopelle said. “That’s one road it takes you down, causing you to ignore the causes and therefore ignore the solutions. And it has economic impacts. Most of the industrialized world is moving toward a clean energy economy, largely driven by climate change. There’s big economic risk to ignoring the climate benefits of clean energy. There are a lot of jobs being created, and if we’re ignoring those opportunities we’re really shooting ourselves in the foot economically.”

One thought on “Wisconsin Leads in Climate Change Study”