You could ride from here to Minnesota and then up the Mississippi River Trail. 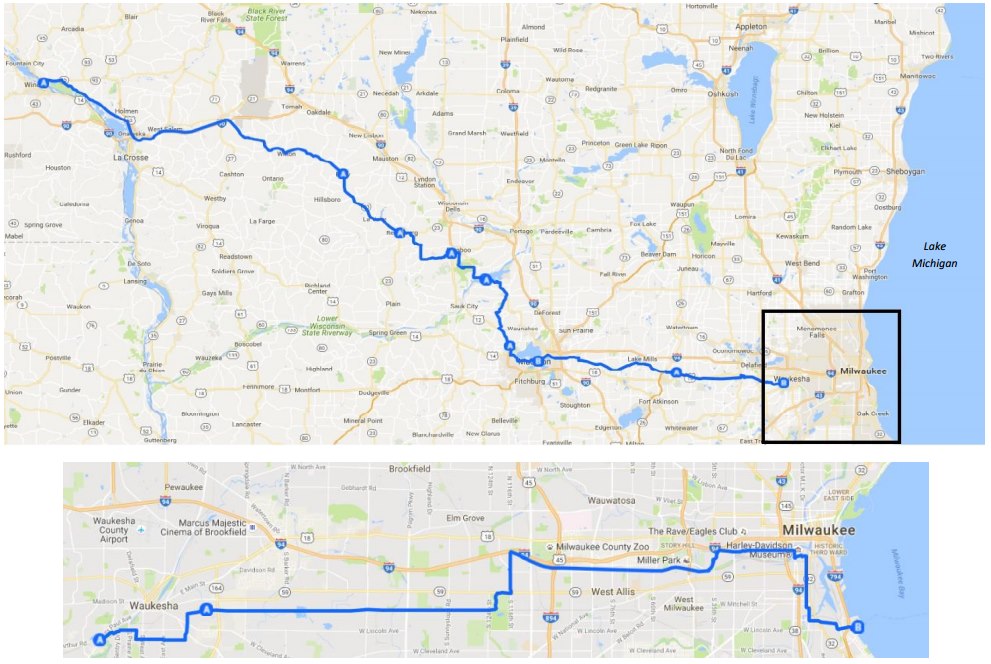 An official bicycle route crossing the state of Wisconsin could be in the near future for local bike enthusiasts, as the final preparations are being worked out.

If a proposal for an official designation is approved, bicyclists will be able to link up with the path at the Milwaukee terminus, where it begins running through Bay View, then on to Walker’s Point, the Menomonee River Valley, West Allis and Waukesha.

From there, riders will be able to traverse the state hitting cities like Madison and La Crosse, eventually riding into Winona, MN where they could start onto U.S. Bike Route 45, otherwise known as the Mississippi River Trail.

The route will consist of already existing trails and paths, says Jill Mrotek Glenzinski, the State Bike and Pedestrian Coordinator at the Wisconsin Department of Transportation. The designation, if approved by all the towns and municipalities along the route, will connect already existing infrastructure.

The route in Wisconsin will be about 60 to 70 percent trails, says Kerry Irons, an Adventure Cycling volunteer working on the project.

The Wisconsin route, to be known as U.S. Bike Route 30, will be one leg of a national corridor that bicycling advocacy groups are assembling.

“The goal is a national network of recognized bike routes that people can use for any length of bike trip – from a day to several days, a week, month or whatever,” says Ginny Sullivan, director of travel initiatives at Adventure Cycling, a Montana non-profit and bicycling advocate.

Adventure Cycling, which advocates for bicycling and leads tours across the country, has taken the lead on the project, but they’ve also partnered with the American Association of State Highway and Transportation Officials.

The official designation for the trail is expected by May of this year. Organizers are still waiting on approval of the route from a couple municipalities in the Devil’s Lake area, Irons says. The Milwaukee Common Council recently passed a resolution approving the route unanimously

“There are a few challenges we have to overcome,” Sullivan says. “But a lot of the ground work is complete.”