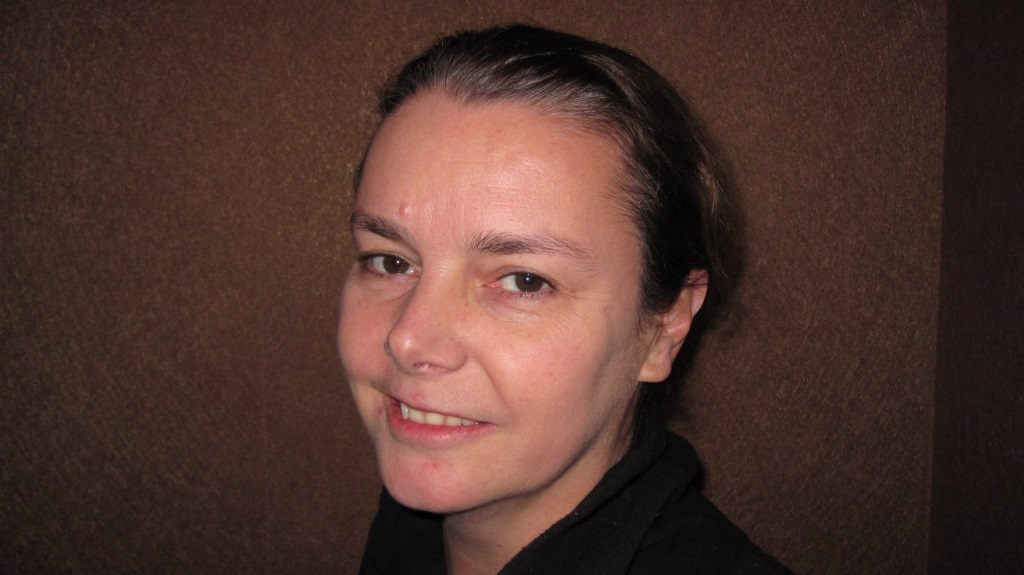 The first full day of the Trump administration will find the District of Columbia populated by a yet-unknown number of women and men from around the country who will have assembled for a March on Washington Saturday, January 21st. Some forty of them will be on board a bus from Milwaukee at 6 a.m. Friday with Megan Holbrook, who organized one of the many trips to originate here after what she described as a “massive electoral night hangover” in an op-ed piece in the Milwaukee Journal Sentinel:

Like many women, I woke up on Nov. 9 with a massive electoral hangover, one that looks like it will last the next four years. Today, my aching head is still trying to wrap itself around how a president who clearly denigrates and assaults women, and who has no understanding of basic civil rights or how government functions, has been elected. I remain gut-wrenchingly sick that we have a Congress that appears hellbent on overturning all of the progress we’ve made in the past eight years.

My hangover remedy has been to take action. A day after the election, I founded The Next Four Years-Milwaukee to serve as a forum for people to share ways to get involved and influence our political process. We are now more than 4,000-members strong. Our first goal for TN4Y is to make our voices heard at the Women’s March on Washington.

“It was almost a knee-jerk response” to the result of the election, Holbrook told Urban Milwaukee in a telephone interview Wednesday. “I sent a message to 300 people election evening. I got 3,ooo responses overnight.”

Holbrook, a Harvard graduate and a Digital Strategist, used her Art History expertise to encourage a public art component to the march.

“From my perspective, art has always been on the forefront of protest movements,” she said. Holbrook established a curated committee to judge poster submissions for the march, with the mission of “creating an identity … and to keep the pressure on for the next four years.” 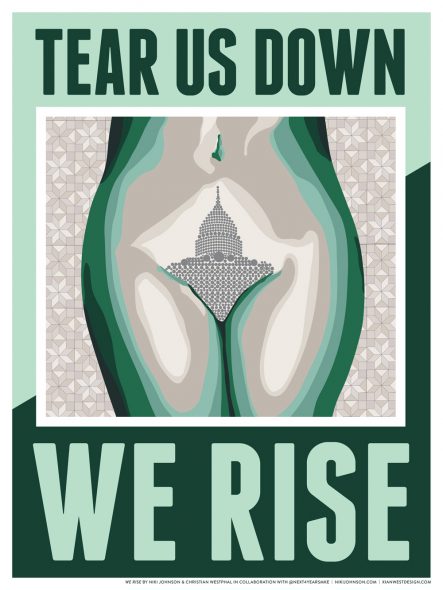 We Rise. By Niki Johnson and Christian Westphal.

The jury recommended a poster by Niki Johnson and Christian Westphal. It shows a female torso with the United States Capitol building where the legs join the torso. That’s the genital area Donald Trump bragged about grabbing. The symbolism is compelling. “Tear Us Down, We Rise,” the poster reads.

The design was modified from “Hills and Valleys,” which showed a similar image Johnson constructed using signs from former Planned Parenthood clinics.

The posters have been offered for sale on Indiegogo, and have helped to finance the trip for the Milwaukee adventurers. A t-shirt line will soon be available.

Holbrook, with her degree in Art History, has a keen sense of the role of art in protest movements.

Artist Johnson is best known for her  portrait of Pope Benedict laboriously constructed out of colored condoms. It is in the collection of the Milwaukee Art Museum, having been donated by Joseph Pabst.

“Protest posters have given voice to individuals with views that have been silenced by oppression throughout history. Capable of provoking large numbers of people in dialogue, the messages contained within a protest poster influence the place in which it is seen until removed. The thoughts and conversations sparked by the poster create a catalyst to action,” she wrote on her Indiegogo appeal page.

Holbrook’s venture is one of many “spontaneous women’s groups,” as she put it, to emerge after Hawaiian grandmother Teresa Shook encouraged friends to march on Washington. But, with the notable posters in hand, hers might be among the most visible as this grassroots women’s movement makes its presence felt on the Washington Mall.

20 thoughts on “Plenty of Horne: Locals Join March on Washington”