The Barons of Bay View

Stephen Clement and Eber Ward were two of the founders of the iron rolling mill that would become the core of the Bay View neighborhood. They were about the same age; Ward was born in Canada in 1811 and Clement in Pennsylvania in 1813; and their careers followed similar paths. Both resided in Detroit and became captains of Great Lakes ships in their early twenties, and they co-owned a steamer line that provided service between Milwaukee and Chicago while in their early forties.

In 1866, while in their fifties, they founded the Village of the Milwaukee Iron Company, which produced rails for the rapidly growing railroad industry. (Bay View grew as a company town around the iron mill.) The two men were very close; Clement named his son Ward after his partner. They were even relatives for a while. Ward had married Mary McQueen in 1837 and Clement married her younger sister, Susan, after his first wife died in 1853. The brother-in-law relationship ended in 1869 when Mary divorced Ward for adultery. Two months later he married his second wife, Catherine Lyon. 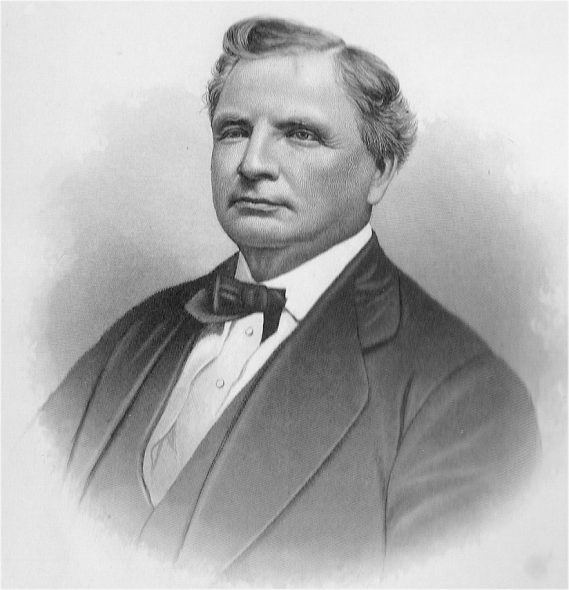 Eber Ward. Photo is in the Public Domain.

Ward, who was known as the “steamship king of the Great Lakes,” remained a resident of Detroit, where he became more wealthy by the minute due to his ownership in shipbuilding, railroads, mining, and steel mills. He became Detroit’s first millionaire and when he died there in 1875 he was the richest man in the Midwest.

When Clement became the president of the Bay View company in 1877 he moved to Milwaukee and resided in the Yankee Hill neighborhood. According to his obituary, he was one of the wealthiest men in Milwaukee when he died at his daughter’s summer home in Oconomowoc in August 1894. He was buried in Waukegan, Illinois.

Eber Ward’s name is memorialized in Bay View with E. Ward Street, a short side-street, .3 miles long, that connected E. Lincoln and S. Kinnickinnic avenues early in its history, and was later extended from KK Avenue to E. Bay Street. The much better known S. Clement Avenue was named for Stephen Clement and runs from E. Otjen Street in Bay View to S. Whitnall Avenue near the north end of General Mitchell International Airport, a distance of 2.3 miles.

During the Christmas holidays in 1898, cock fighting produced some excitement on Clement Avenue. Ed Hunt‘s saloon at Clement and Howard Avenues was the site of the illegal activity which was popular in the Milwaukee area. Two roosters were put into a pit and they fought to the death while bettors rooted for their favorite.

Fights between the birds usually took place far from the city to prevent detection by the authorities and were often scheduled to pit trained roosters from Milwaukee against birds from other cities. On the night of December 28th, a series of fights between male chickens from Chicago and Milwaukee was arranged for the second floor above Hunt’s tavern which, it turned out, was too close to the city. Carpeting was placed over the windows to muffle the sound of the screaming and yelling that would occur during the fights. Steel spurs were placed over the birds’ natural spurs to assure the death of one of the combatants. Between 75 and 150 bettors crammed around the second floor pit and the fights began.

The head of the Humane Society, Richard Whitehead, who had gotten wind of the event, along with four Milwaukee policemen, raided the building just before midnight. While officers were taking names and arresting spectators, many others escaped though the windows by dropping to an attached shed, then jumping to the ground before fleeing at top speed. One man was unable to escape though, because he had broken his leg when landing.

Twenty-two men spent the night at the South Side Police Station, and warrants were issued for 15 more who were identified but not arrested because the limited number of police officers could not handle so many lawbreakers. Among the scofflaws were candy bar maker George Ziegler, Milwaukee County Register of Deeds Henry Verges, and former alderman Robert Rudolph. The penalty for attending cock fights was one hundred dollars. At that time, the average wage earner made less than $500 annually, so the fine was a severe financial hardship for many of the spectators and must have cooled their ardor for watching birds fighting.

With Ward and Clement’s background on the Great Lakes, it is not surprising that they named eight streets in their new community of Bay View for the five Great Lakes and the three rivers that connect them with the Atlantic ocean. Of the river street names, only St. Clair remains; the Niagara and St. Lawrence street names were changed over the years. Of the Great Lake names, only Ontario and Superior Streets still exist in Bay View. 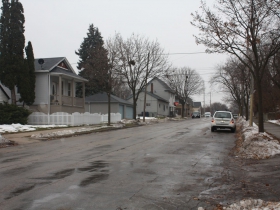 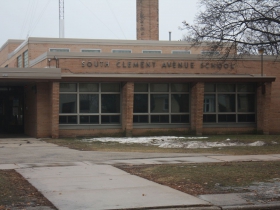 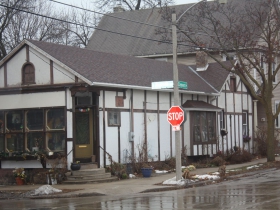 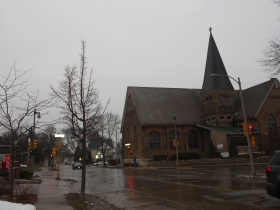 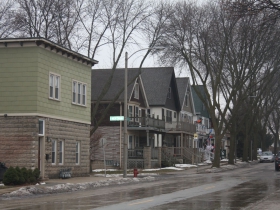 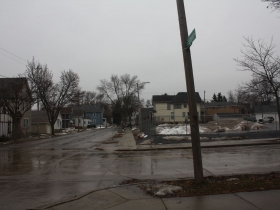 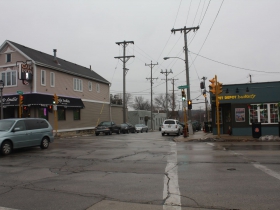 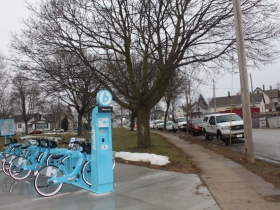 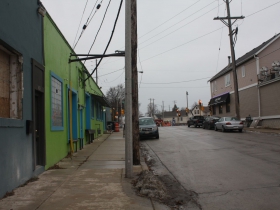 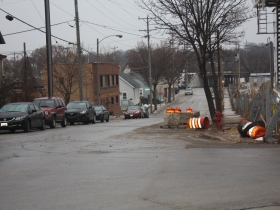 6 thoughts on “City Streets: The Barons of Bay View”