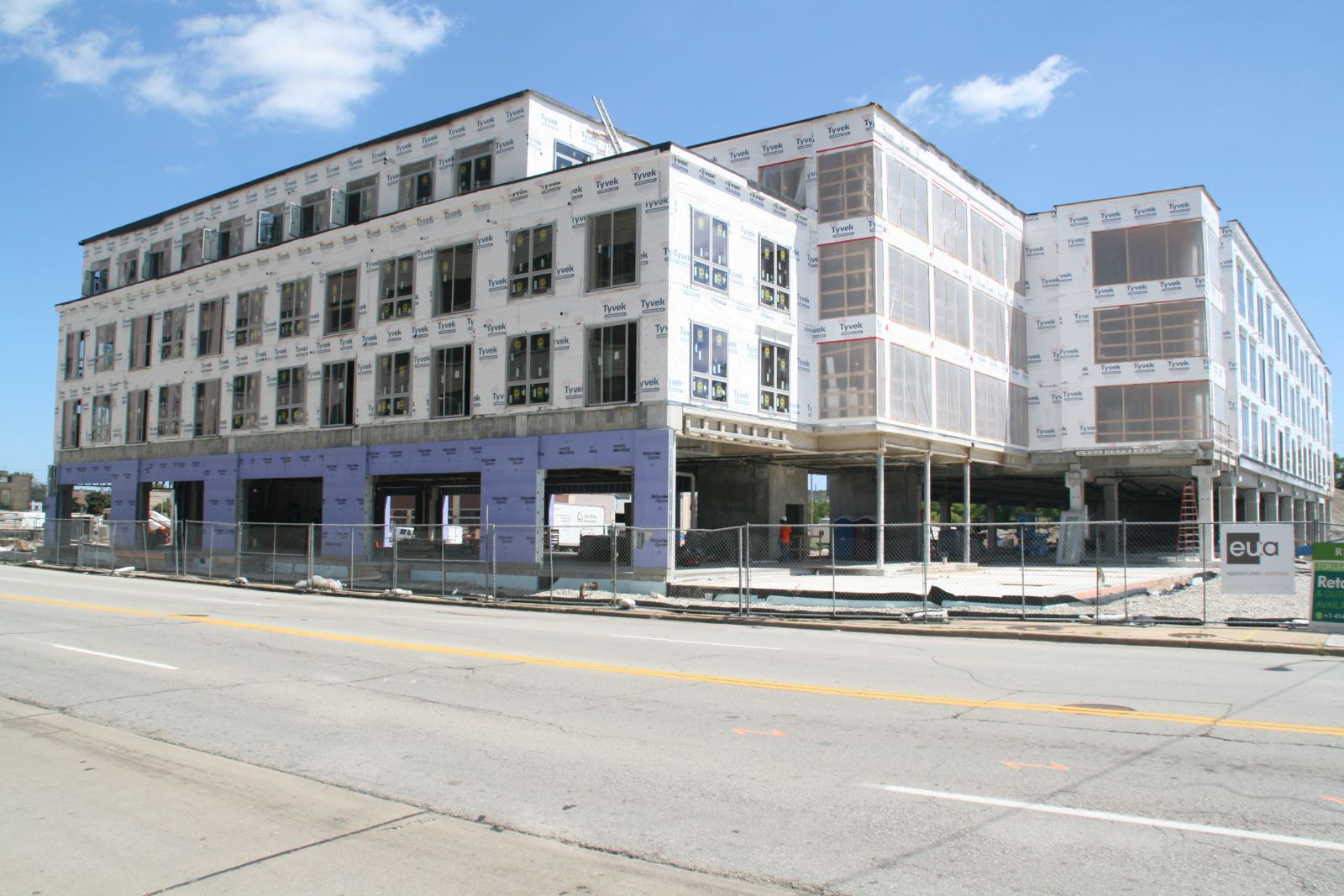 In their latest report to the city’s Zoning, Neighborhoods & Development Committee, the developers of the Freshwater Plaza project in Walker’s Point disclosed they are not meeting the requirements of a local ordinance mandating local hires. That did not make council members on the committee happy.

The numbers reported Tuesday to the committee were from June 30, 2016, and show that Wangard Partners, Inc.’s contractors on Freshwater Plaza are 14 percent shy of requirements for the Residents Preference Program (RPP) certified workers. The RPP requires that 40 percent of a project’s hours of labor come from workers living in the city of Milwaukee.

The $46 million development received $4.7 million in tax incremental financing (TIF). Once a project receives over $1 million in TIF, the RPP ordinance retroactively kicks in to ensure local residents are being put to work on a project financed with that much public money.

Ald. Jose Perez, whose district is home to the project, was very concerned the standards for RPP were not being met. “I got to get it right in the district,” he said. “I’m gonna put everyone on notice, moving forward we can’t fall short.”

Wayne Wiertzema, President of Wangard Partners, told Urban Milwaukee they’ve been attempting to meet their RPP goals, but claimed there simply aren’t enough skilled workers that are RPP-certified in the city because of major ongoing developments like the new Bucks Arena and the Northwestern Mutual building.

“We can’t do something with what we don’t have,” he says.

But according to Dan Bukiewicz, President of Milwaukee Building & Construction Trades Council AFL-CIO, the labor unions have 40 RPP certified workers, right now, waiting to go to work. ““That pipeline is there, the RPP workers, we have them in the pipeline,” he says. “To say they couldn’t be found, that’s contractor choice.”

Whenever there’s a project that will trigger the RPP, Bukiewicz and the trades approach the contractors right away, he says. They work with them and make recommendations to ensure compliance with the ordinance.

Bukiewicz said it’s actually easier to find RPP workers for a smaller project like Freshwater Plaza, compared to large ones like the Northwestern Mutual building the trades have worked on. “Freshwater would have been a walk through the tulips for us.” 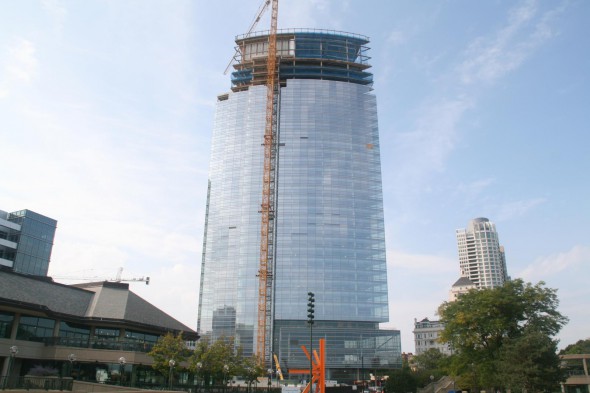 Developers on the Northwestern Mutual Tower and Commons project also went before the committee Tuesday with a quarterly RPP report. Their project is actually exceeding the requirements with 45 percent of the hours going to RPP workers, as of June 30, 2016. The project has 636 Milwaukee RPP workers and more than 100 of them come from the four most impoverished zip codes in the city.

Asked by the committee how they achieved this, Lafayette Crump of Prism Technical said they made RPP fulfillment a priority very early on and equal to all other aspects of the project. They began working on meeting RPP requirements 18 months before the contracts started. Crump added that they worked to exceed the requirements early on, to provide wiggle room in case unforeseen events diminish RPP numbers.

Carla Cross, President and CEO of Cross Management Services, which is in charge of monitoring, assisting and reporting compliance with RPP for the developers, said if the contractors are non-union then they don’t usually reach out to union labor.

Because of the cost and bidding nature of the project, not all the subcontractors can afford to hire union workers. “This project would not be built if it was all union contractors,” Wiertzema said.

When pressed by Perez for not meeting the requirements, Cross pointed to the language of the ordinance, saying if a project meets its RPP requirements for even one day then in the eyes of the law it has achieved what it needs to for RPP.

Ald. Russell Stamper reacted with exasperation, demanding to know if Cross was bringing up this loophole while conducting business with developers, which she denied. Nikki Purvis of the city’s Office of Small Business Development said that, while the ordinance does read the way Cross interpreted it, the city’s HR contracts expect 40 percent at completion of the project.

Also, according to the ordinance, as long as developers make every possible effort to meet the RPP requirements they cannot be penalized for failing to meet the goal.

Committee Chair Alderman Jim Bohl expressed interest in legislation to end this cycle of non-compliance with the ordinance. He said every time a project in non-compliance comes before them “there’s a gnashing of teeth” and “we’re all frustrated,” adding, “I don’t think there’s a simple answer to that other than legislating, and mandating doing other things besides what we’re doing because otherwise it’s like the broken record.”

Stamper questioned the developers about how to overcome the RPP shortfall on their project. He was visibly irritated by the fact that the developers were legally required to hire more RPP certified people, yet faced no consequences for not doing so.

Ald. Milele Coggs joined Stamper, saying the developers need to work with the council to address challenges the council may not see, and added that some changes have to happen on the developers’ end because they are better positioned to solve the problem, and no amount of legislation will fix it.

“There’s too many people in this city living in poverty,” she declared. “There’s a whole bunch of stuff you could do and you know it is.” 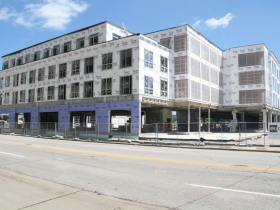 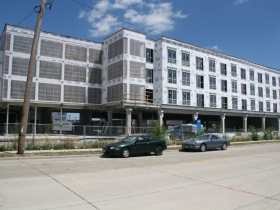 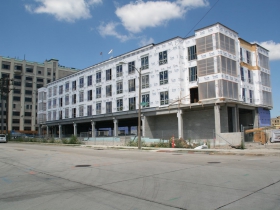 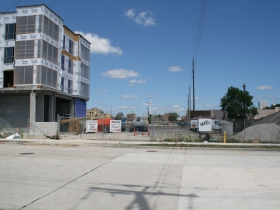 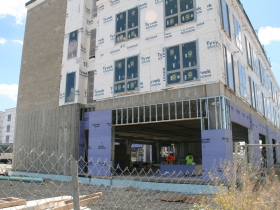 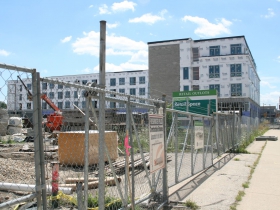