This stretch of N. Water St. has to be Milwaukee's fastest growing corridor. 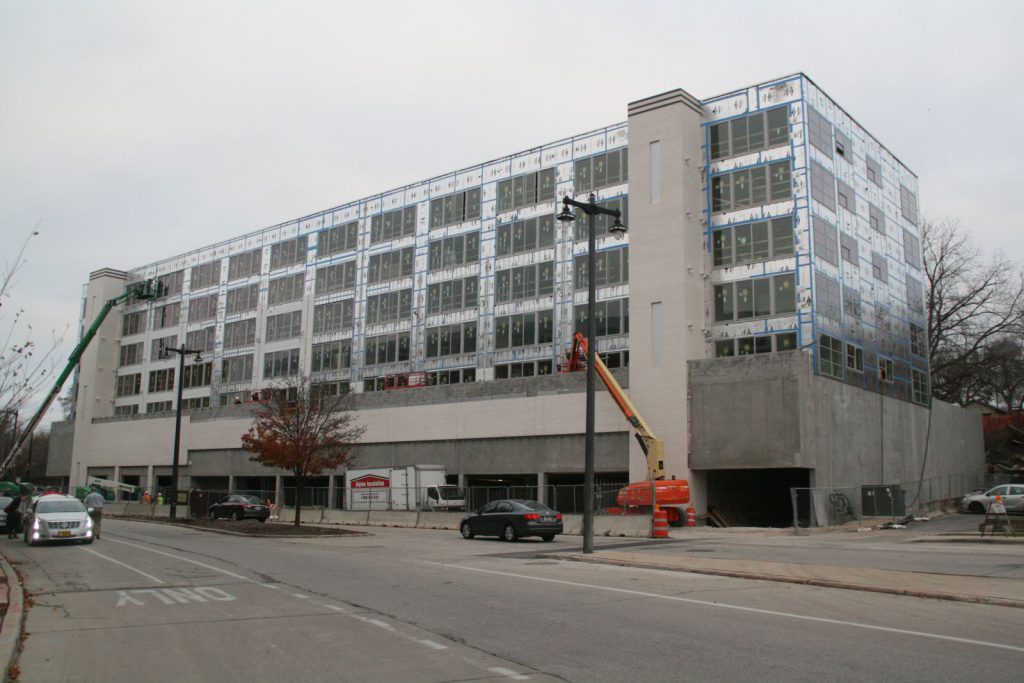 N. Water St. has caught the beat. Rhythm, a new apartment building being developed by Tim Gokhman and Jim Wiechmann, is nearing completion at 1640 N. Water St. When complete, the project will add 140 apartments to what was once called the “hole in the doughnut of Downtown.”

General contracting on the project is being led by Catalyst Construction, which has also built the Avante and East Terrace apartment buildings within a couple blocks. The $10 million project is being designed by Kindness Architecture and Planning, which was recently acquired by Eppstein Uhen Architects.

Sidewalk architects will note that this construction site looks a bit different than many others. Because of its seven-story height (five floors of housing atop two floors of parking), the developers opted to go with steel framing. The project also experienced an engineering-related delay due to the unique topology of the site: it’s built into the side of a hill.

When construction began on this project in 2015, the area was often a ghost town. Today it feels like an identifiable, active place. A Bublr Bikes station, coffee shop, grocery store, gym and hundreds more apartments have made the intersection of N. Water St. and E. Pleasant St. a happening area. Just across N. Water St. a new Fresh Thyme Farmers Market grocery store opened in the first floor of the Aperture apartments at The North End. See inside the apartments and read our coverage of the grocery store’s grand opening. The area is about to get a daytime population boost as well, with Bader Rutter set to anchor 1433 Water, a new office building being developed by Wangard Partners.

This is far from the only project Gokhman and Wiechmann have underway. The frequent collaborators are wrapping up Trio Apartments in Walker’s Point. They’re also demolishing a building at 1840 N. Farwell Ave. for a 13-story project that Gokhman’s firm New Land will ultimately manage. That project garnered lots of attention last week when the last remaining piece of the building was dropped into the street by contractor Recyclean. Recyclean is also deconstructing two buildings Gokhman recently acquired along N. Plankinton Ave. As our photos also capture, a site behind Rhythm at 1632 N. Jackson St. is being cleared for a future apartment building by Wiechmann that is planned to have 33 units spread over five floors.

The Rhythm is slated to open March 1st. 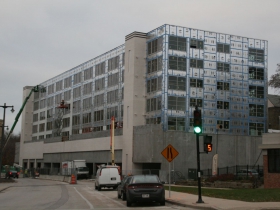 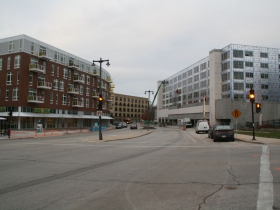 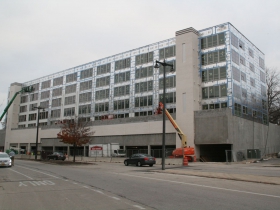 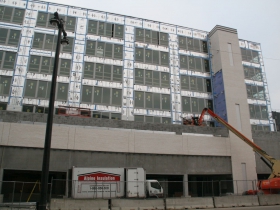 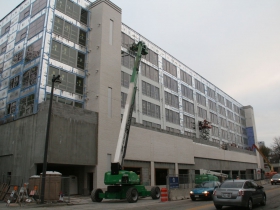 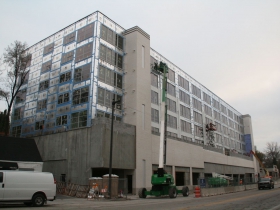