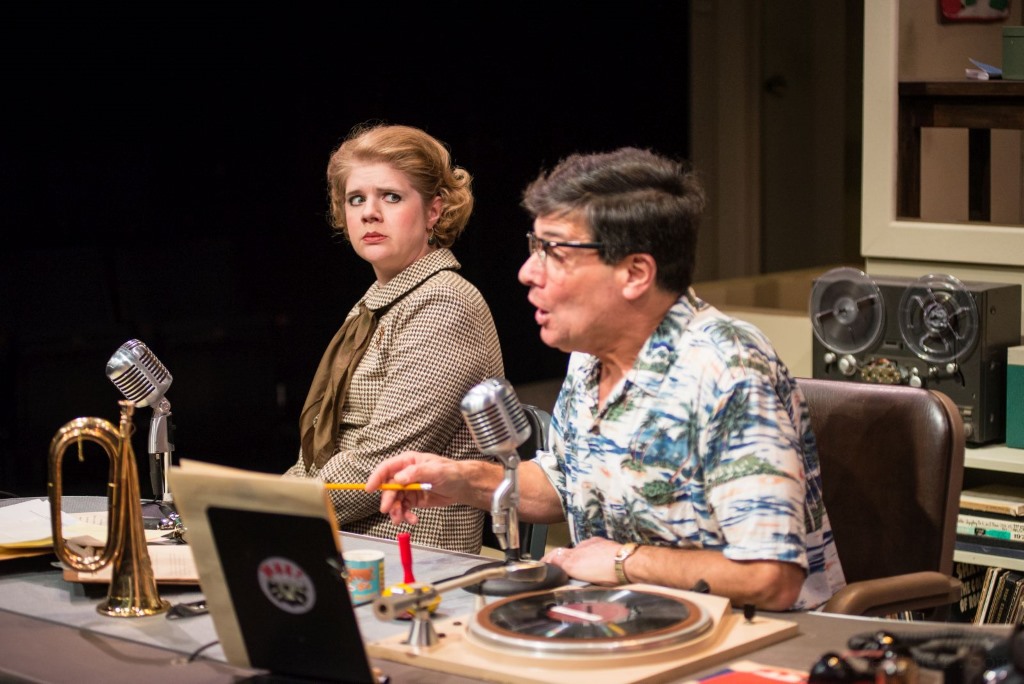 Collaboration among talented artists is the great strength of theater and can also be its undoing, as represented by the swirl of good ideas in unSilent Night through December 11 at Next Act Theatre.

The collaboration and desire to succeed delayed this world premiere a full year and brought experienced director Edward Morgan in to work with its equally experienced original author, Theatre X veteran John Kishline. You know that Next Act’s artistic director David Cecsarini also had a big hand in the project. Witness his endearing 1950s sound cushion of Christmas music, actual commercials and local sponsor names (Gilles, Stan’s Bootery, Usinger’s). They amusingly and pointedly dot this creation of  1953 Milwaukee station WNXT (AM of course, in the more kindly birth pangs of talkback radio).

Cecsarini made one big mistake, though – casting himself as the on-air radio personality with an alternate voice buddy, in the mold of Charlie Hanson and Shaky. But his character, Frank Willis, should have a manic edge as well as a clearer distinction in his on-air voices, not the outward interludes of fidgeting that Cecsarini relies on. Frank casually handles the complexities of record spinning, taped commercials and news broadcasts as he spreads rebellion in those around him. But there is not much depth to the internal frenzy and mental conflict the dialogue suggests.

Here he has a laid-back ease and glibness, skills too obviously on the surface as Frank alienates his boss, embarrasses his female producer and then must confront a stranger from the Korean War, figuratively conjured up out of his own restless behavior.

As his producer, Molly Rhode has a singing voice the play relies on. But while we should be getting inside a professional woman and war widow – and on-air nice girl — holding it all together with light sarcasm while circumstances attack her again and again, Rhodes prefers a deadpan flatness. So these two well-traveled performers together are mainly people to watch rather than to empathize with.

There could be a play in the first act, given the clever humor in spying into the interiors of radio sound effects and manipulation – a world pretending to be in control. The on-air callers are sketched quite winningly by Doug Jarecki, who also plays more broadly the buffoon of a station manager. 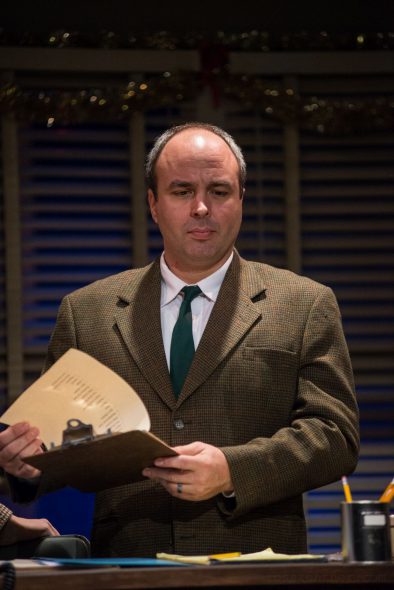 The second half tries to add a socially sensitive world outside the radio booth through an unanticipated black soldier (in the days when the appropriate term was “colored”). But it would be difficult in the best of cases to make this a believable bridge between cultures in 1953 America —  and without connecting all sides of Frank’s personality, it is nigh impossible.

As the war veteran, Andrew Muwonge has initial menace and then an arresting subdued control, but as the dialogue gets hotter and more graphic, he is supplying a carefully coached surface interpretation that seldom makes us feel and fear the horrors he saw or the voices in his head.

The characters throughout lack tension when we long to warm ourselves at an internal fire. So it is really the acting that holds back the first half. And that acting was deeply needed to set up a second half of even more coincidences and confrontations.

Next Act is always admirable in provoking thought, in tackling unsung plays and new material to stretch the conversational boundaries of the stage. Even with respect for all those involved, this one doesn’t gel. 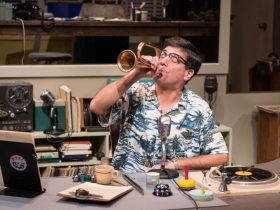 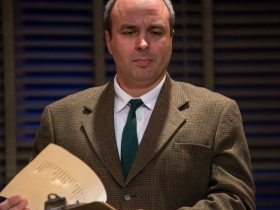 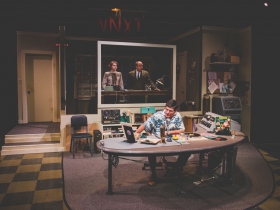 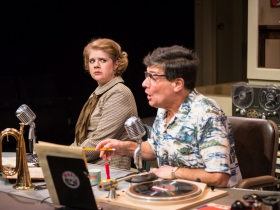 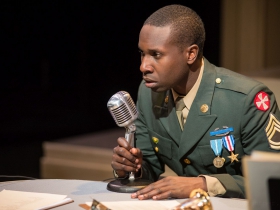 One thought on “Theater: Next Act’s Christmas Play Is Uneven”