But it's on Brady St. Which shows how much the two neighborhoods have in common. 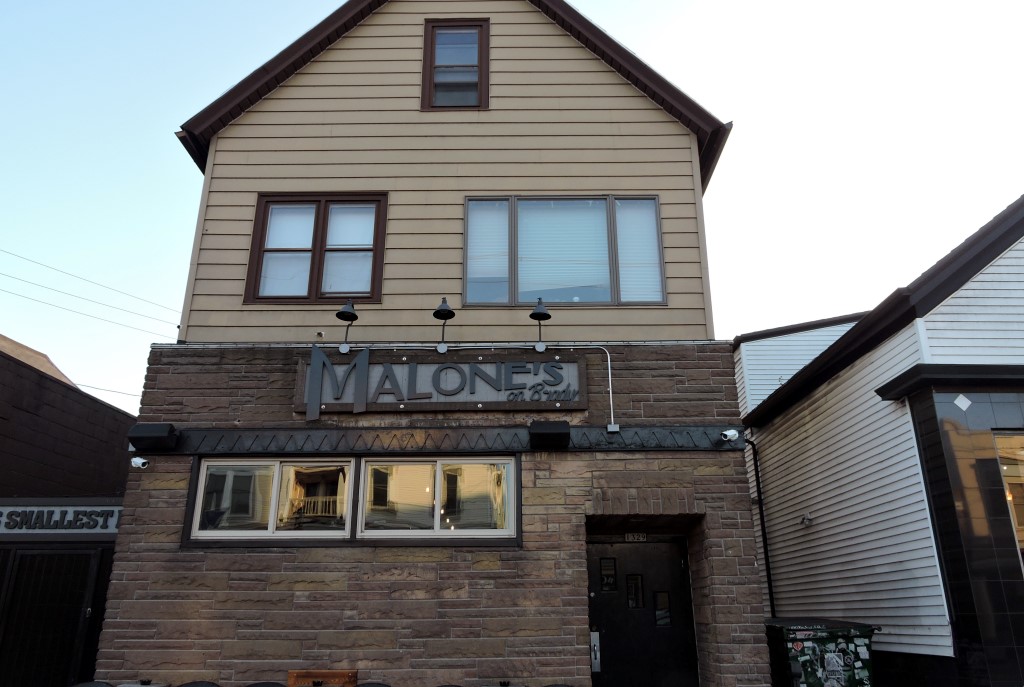 It was not that many years ago that both Bay View and Brady Street were everyday working class neighborhoods that had seen better times. Both neighborhoods were once-busy commercial districts located quite near the lake in an area where the housing stock tended toward the modest. Each neighborhood winked at the customary Milwaukee street grid, allowing for some streets with crazy intersections and odd shaped blocks.

This disconnection from the geographic norm only enhanced the village-like character of the two neighborhoods on opposite sides of Downtown. Brady Street and the Lower East Side, north of Downtown, had elements of a small Polish community as early as the 1880s, when its titanic St. Hedwig’s Church was built on its highest point. The faithful would attend mass there and many would convene afterward in the neighborhood saloons to hoist a couple of drinks, and maybe have some ham and rolls and play cards at places like this longtime tavern at 1329 E. Brady St., which was owned and operated by the Listwan family for 62 years, up until 2013. The building had been a grocery store operated by Stephan Ulik in 1903, and John J. Ulik ran it in the same capacity during Prohibition. He was listed in this place in 1931.

The 1885 building had additions and remodelings in 1894, 1903 and 1947, although, sadly, the city records on the building are incomplete. The 1947 remodeling brought a facade of the then-popular Tennessee stone that we also find on places like Klinger’s East. The old building received a terrazzo floor, which is quite deluxe for an old frame structure, and a modern Brunswick bar was installed, with a little curvy bumpout in the middle. The back bar was covered in tawny and very bad Formica, and jagged rocks were mortared onto the walls, the better to catch dust, spills, and to absorb decades of cigarette smoke. The walls were paneled in wood, enhancing the coziness of the small space. At the time the total effect was considered rather high-toned and cosmopolitan. But at heart, all the decoration was simply to provide a nice setting for what was a place to grab a cheap drink. Beer was served in a can, and that’s what you drank it from instead of making a fuss and demanding a glass.

In 2013 the bar, which bore dual signs on the facade — “Listwan’s” and “Bruno’s” — was sold to new owners, and after yet another remodeling, reopened as Malone’s on Brady. Today most of the old trappings of the bar’s previous days have been removed. The jagged stones have been hauled back to the quarry, the old bar is gone and replaced with a new creation, of simple dark wood, sans Formica. The walls are painted in a bluish grey color, and old photographs of the neighborhood dot the walls. The west, windowless wall of the bar is lined with a bench on a raised platform that runs the length of the room, and calls to mind a similar construction at the Standard, just a block away.

Yet it is not Brady Street that immediately comes to mind here, but Bay View instead. In that area of comparable age and similar taverns, there has been a movement to clean up the old joints and dress them up in modern clothing. We have seen this most recently at Urban Bay View, a longtime working person’s bar that now has a sleek feeling to it. 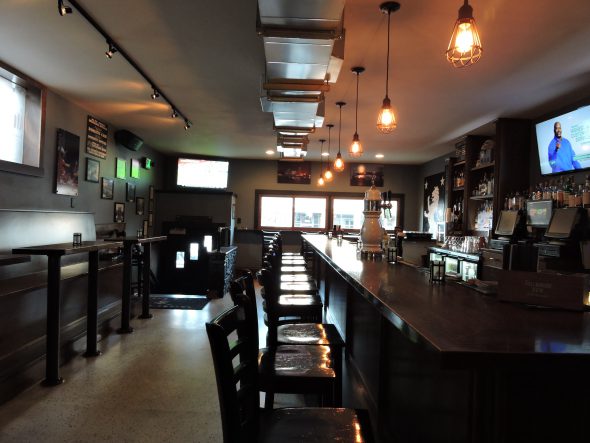 The bar at Malone’s on Brady. Photo by Aubryana Bowen.

And, like that tavern, the work done at Malone’s is first-rate and well constructed. The terrazzo floor remains, for example, as it would have been foolish to replace it. Even a few old stones remain along the staircase that greets you as soon as you enter the door. The men’s bathroom has been almost completely redone, but the genius who oversaw the remodeling kept the original urinal, which is a treasure.

Since this building and the one to the east housing Club Brady are under the same ownership, it expedited the creation this year of “Milwaukee’s Smallest Bar,” a tiny and once derelict outdoor space between the two structures with a couple of tables and a bar. This is somewhat reminiscent of a similar creation between the Art Bar and its neighbor, Two.

Malone’s is, in the afternoon and early evening, a conversational place, and the neutral setting promotes a certain casualness. In the evening, the audience tends to be a bit clubbier, as is the Brady Street norm. The bar has an abundance of tap beers that would have been unthinkable in a previous era. Riverwest Stein Beer is always $3.50, and canned beers sell for two bucks. The bar makes a big point that Rehorst brand liquors, made here in Milwaukee at Great Lakes Distillery, are priced the same as rail drinks.

This is the sort of penny-pinching promotion that gets Milwaukeeans’ attention whether in Bay View or on Brady Street, or just about anywhere in town. 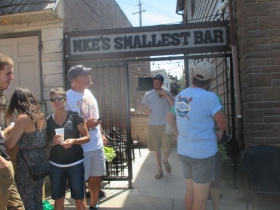 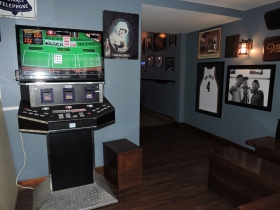 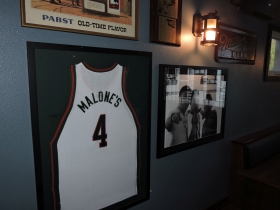 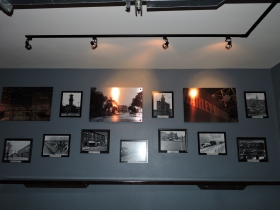 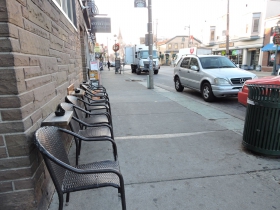 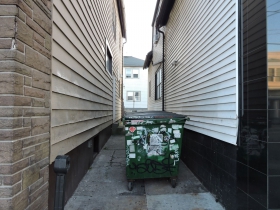