Owner and chef Caitlin Cullen has confirmed her new restaurant will open in less than two weeks. The Tandem will serve soups, salads, sausages, sandwiches, and more starting Nov. 22. The new eatery is located at 1848 W. Fond du Lac Ave. in Milwaukee, in an area that lacks many full-service restaurants. The Tandem will open for coffee and pastries at 10 a.m., and will transition into lunch service at 11 a.m. Dinner service will begin nightly at 5 p.m. Melanie Lawder of the Milwaukee Business Journal adds more:

The Tandem has a long history as well: In its previous life, it was the Walter Schmidt Tavern, a popular dining spot for baseball players and prominent community members. But despite having a rich history, the building, which was built in 1893, has been vacant since 2010, when its most recent occupant, M & M Lounge, shuttered.

The Tandem’s building was recently restored and brought up to par by by Juli Kaufmann of Fix Development and Lindsay Heights resident Jeremy Davis.

Cullen said she quickly received a lot of interest from members of the community about jobs at The Tandem — and that her team is ready to start cooking.

“We’re really excited to start seating people,” she said. “All of my staff has been training really, really hard.”

The space at 1110 N. Old World Third St., which formerly housed Lucille’s Piano Bar, will reopen as Matador Taco & Tequila Bar later this year. It will serve as a full service restaurant with daytime hours, and also as a nightlife venue. Owner Sean Pliss, former co-owner of Oak Lounge in the Third Ward, has been working on Matador’s concept over the past month. Once operating, Matador will begin with happy hour and dinner service, and add lunch service next spring. Lori Fredrich of OnMilwaukee dishes more details:

“For a while now, I’ve really taken an interest in being part of the forward thinking community that’s taking shape in the area around the new arena,” notes Pliss. “I think this is the part of downtown that has really evolved. It’s lively. It’s a place where people feel comfortable and there’s plenty to do.”

…The new restaurant will feature a rustic modern interior featuring a combination of reclaimed wood features and creative lighting elements along with an entertainment pod which will accommodate DJ’s and dancing. U-shaped booths along the windows will feature drop-down 65″ television screens offering up convenient views of sports coverage, including Badger, Packer and NCAA games. There will also be flexible seating areas that cater to larger groups, including birthday, bachelor and bachelorette parties.

A full bar will offer beer wine and cocktails along with an extensive selection of tequila and tequila-based drinks, including a full menu of house margaritas. Tastings and flights will also be a feature

“The goal for the restaurant was really to create a place where diners have the ability to get in and out quickly and have dinner with their families for a reasonable price,” says Pliss. “But, it will also be about an experience. When you come in, it’s not just about eating or drinking. There are also other aspects. For instance, we’ll have tableside guacamole service.”

After dinner, the restaurant and bar will shift to a focus on fun, local music offered up by both DJ’s and live bands.

Good City Brewing, the new brewery found at 2108 N. Farwell Ave., launched a new, all-day brunch menu last Sunday. Customers can enjoy brunch at the brewery every Sunday from 10 a.m. to 5 p.m. Brunch cocktails include a beer mojito, beermosa and a beerymary. Fredrich describes the menu:

Another brewery is set to open in Bay View next spring. 1840 Brewing Company will blend “Old World beer styles with modern flavors.”  The brewery will open at 342 E. Ward St. and can be described as “an urban farmhouse brewery.” Kyle Vetter and his wife, Stephanie Vetter, plan to make 1840 Brewing Company unlike any other brewery in Milwaukee. Sour beers and beers aged in barrels will be part of the bill of fare. Kathy Flanigan of the Milwaukee Journal Sentinel has more:

“For the most part, sours spend 100% of their life in oak before bottling,” Kyle said. “It’s up to the beer to become what it’s going to be.”

1840 will have a one-barrel system and brew some beer on site, but also use wort from Third Space Brewing, 1505 W. St. Paul Ave.

Kyle said the taproom will be open one weekend a month. VIP releases, part of a beer club Vetter envisions, will be from 5 to 8 p.m. Friday. Public beer releases will be held from 11 a.m. to 7 p.m. the second Saturday of the month.  The brewery also will serve beer by the glass and by the bottle.

The rest of the month the brewery will be available for private events.

The taproom is expected to hold 80 people, Vetter said. The brewery will not serve food, but customers will be able to bring in their own.

After successfully opening its first Wisconsin location in Wauwatosa, Corner Bakery Cafe has plans to expand, including a place planned for Shorewood. As of Monday, the chain of fast casual restaurants opened a new location in Pleasant Prairie. The new location features a park-through, where customers can order from their car and have their food delivered right to their vehicle. In the next 5 years, Corner Bakery Cafe hopes to open 10 more locations in the Milwaukee and Madison areas. According to Lawder:

The next planned restaurant is slated for Shorewood on Capitol Drive and will open in spring 2017.

Corner Bakery Cafe serves up various specialty sandwiches and paninis, salads, pastas, hot breakfast dishes, baked goods and other items. The Dallas-based restaurant chain has more than 200 cafes, both franchise and corporate-operated, in 24 states across the country. 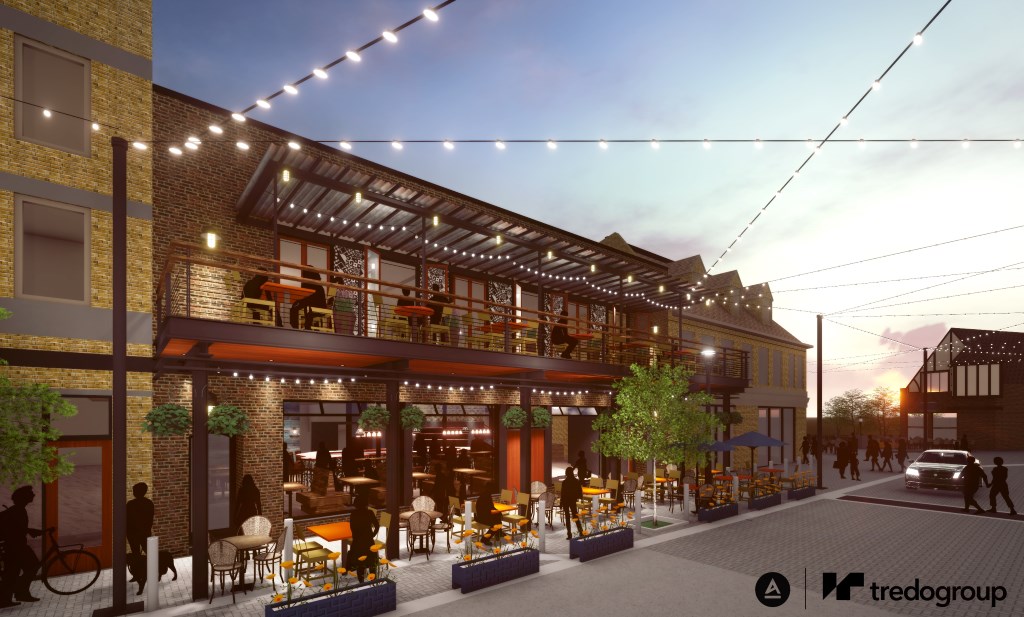 The DeRosa Corporation, Wauwatosa-based owners and operators of restaurants in southeastern Wisconsin since 1972, has announced it is renovating and reinvigorating its location in Wauwatosa and will open it as a Jose’s Blue Sombrero restaurant after more than 38 years as a Chancery. This the fourth location for the company’s growing group of Jose’s Blue Sombrero restaurants. The company’s press release added more details:

It will have more of a pedestrian-friendly feel to compliment the Village of Wauwatosa’s current renovations…The new restaurant will have two floors of customer seating, including multi-level outdoor seating with an upstairs patio and a street-side patio…

This renovation project is projected to take place from January 14 through early June, when the new Jose’s Blue Sombrero will open. In order to accommodate these significant renovations, the Chancery is projected to close the evening of Saturday, January 14.