More Police Is Not the Answer

Better trained police — and spending on services for under-served neighborhoods — is a better approach.

By Common Ground's Black Caucus - Nov 1st, 2016 11:29 am
Get a daily rundown of the top stories on Urban Milwaukee 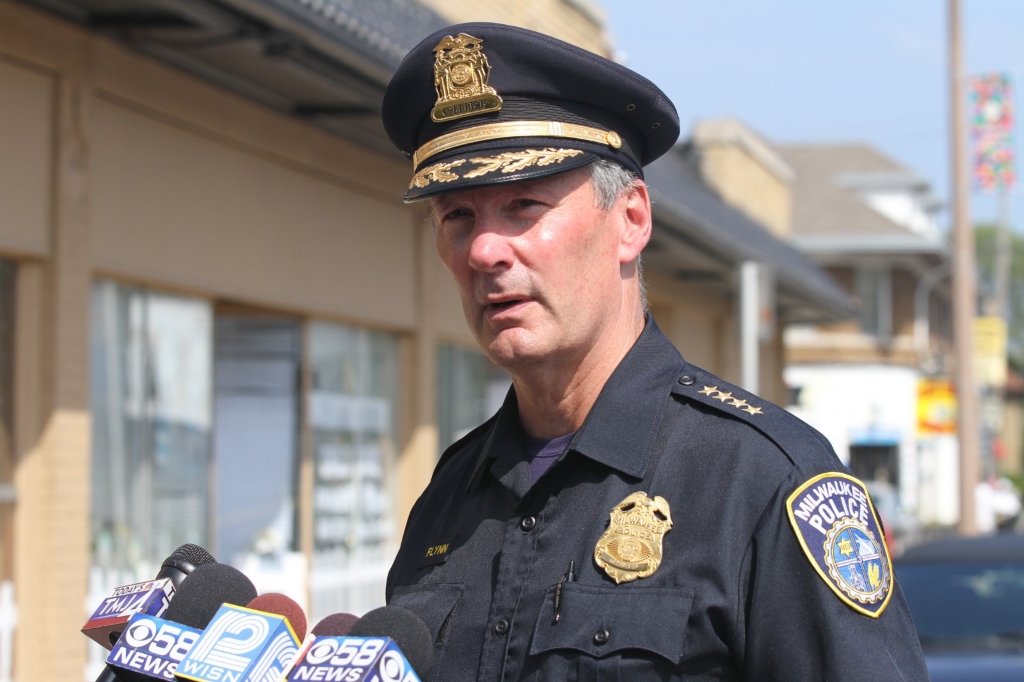 Every American understands the fundamental value of self-preservation — of literally being able to live and breathe another day.

For most Americans, this translates into having a good lock on the door, a security guard in front of a building, or a police department that responds to signs of danger or sightings of people who seem bent on crime or destruction.

For African Americans, especially African American males, self-preservation is not something that can be taken for granted. Just the opposite. Self-preservation is always fragile, temporary, subject to threats.  Ta-Nehisi Coates writes about this reality in his book, In Between the World and Me, which is addressed to his son. Coates says, “Here is what I would like for you to know: In America, it is a tradition to destroy the Black body — it is heritage.”  Every time a black person ends up dead in the street — Alton Sterling in Baton Rouge, Philando Castile in Falcon Heights, MN, Sylville Smith in Milwaukee, Jay Anderson Jr. in Wauwatosa, and most recently Deborah Danner in New York City — the sense of insecurity, the feeling of being under siege, deepens. We are reminded that our daughters, our brothers, and we are simply not safe in our own cities, in our own nation.

That’s why, when we hear Police Chief Flynn declaring Center Street the epicenter of violence in our city and planning to send more police to curb that violence, we have to wonder how many of those additional police will be trigger-happy individuals who act as judge, jury, and executioner in our communities.

Well-trained, well-supervised, and professional police are needed, because there ARE dangerous individuals who prey on our communities and we MUST be protected from them. But so are outdoor athletic facilities at Washington High School, which would provide our young people with opportunities to pursue their dreams on the fields and courts instead of hanging out on streets that endanger them from a very early age. So is an indoor soccer complex on the south side. So are constructive diversion programs so that young people who commit minor non-violent offenses are not channeled into the criminal justice system automatically, but are given the education and guidance necessary to finish school and find a job. So is Crisis Intervention Training for police so that they are properly equipped to deal with those suffering with mental illness, whose actions and outbursts may seem threatening if not defused and moderated. So is the diversion of people with mental illness away from jail cells and into new crisis stabilization facilities. So is longer term housing, with support services, for those with mental illness. So is a commitment from the police department to engage in systematic relationship-building with residents of local communities, instead of treating all residents as potential enemies in a war zone.

According to Mayor Barrett, “The police department budget of $302 million is more than our entire property tax levy.” This means more than 100% of 2017’s property taxes is earmarked for public safety and policing. There is little or nothing left for the kinds of other investments that neighborhoods desperately need.

It is time to recognize that more policing — without a commitment to meaningful relationships, community improvements, and proper training — is not just crippling our budget and starving other fundamental needs in our city. It is reinforcing the belief in African American communities that the larger community values ‘peace’ at any price. The price is more and more dollars for more and more police with more and more weapons. The price is also dead African Americans who are gunned down with regularity.

5 thoughts on “Op-Ed: More Police Is Not the Answer”