Who Have You Misgendered Today?

Carefully navigating the thin line between courtesy and cruelty 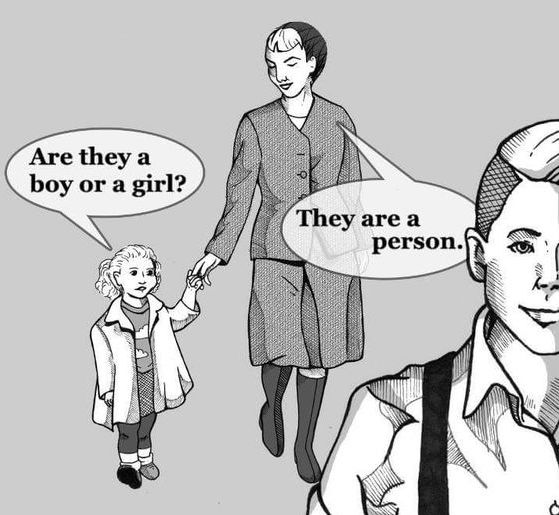 Are they a boy or a girl They are a person.

For 15 years, Kristina had been sharing the magic of Racine kringle with her out-of-state in-laws. Recently, she visited her favorite bakery to stock up for an upcoming visit. But, as she approached the cashier, she was greeted with an unsettling message.

Kristina thought to herself, “sir?”

“Oh, I was talking to someone who just left,” said the cashier. “You know,” she said to a male customer, “maybe I saw you before I saw (points to Kristina) him.”

Him? What in the world?

The cashier said with a firm smile, “Sorry sir, I don’t mean to be rude.”

With that, Kristina broke down and fled the store.

Later, Kristina called the bakery and requested a meeting with management. At the meeting, the store manager was initially sympathetic, offering smiles, nods and supportive language. Kristina explained how the situation had upset her, and asked what could be done to prevent this experience from happening again. Coaching? Training? Corrective action?

“The problem is,” said the manager coldly, “you have no proof of this ever happening.”

The conversation came to a screeching halt. Kristina had heard these exact same words so many times before. She knew what they meant. This meeting was over, and her case had been dismissed. And she never heard from the bakery again.

Imagine this experience happening to any woman in your life. Being called “sir,” over and over, would be offensive enough. How about management denying the encounter ever happened – and putting the burden of proof on you? 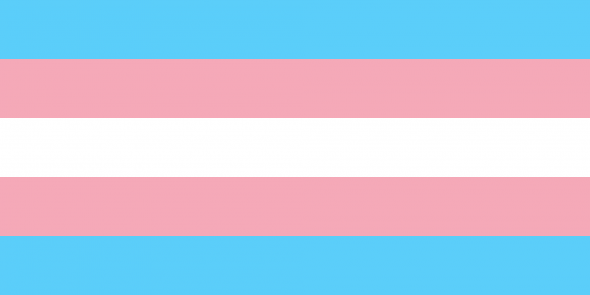 Not so unthinkable for Kristina, a trans woman celebrating five years of living full-time as herself. Not so unthinkable for Wisconsin’s transgender men and women, who have to navigate and negotiate disconfirming messages every day. Whether it’s accidental or intentional, whether it comes from a total stranger or a close friend, misgendering is always hurtful on some level.

So where does misgendering come from?  Unfortunately, there’s a very thin line between courtesy and cruelty in public places, and even the most positive intentions can cause the most negative impact.

Believe it or not, you’ve probably misgendered someone this week and didn’t even realize it. Greeting adults with gender-based honorifics like “sir,” “ma’am,” “mister” and “miss” was once a sign of manners, courtesy and respect. But these honorary titles only work in a binary world where only two gender options exist: male or female. For years, society assumed that everyone fits neatly into one or the other category and can comfortably choose either/or.

Whether you’ve noticed or not, we no longer live in that world. We live in a time when gender expression is more fluid, diverse and queer than ever. As our understanding of the gender identity spectrum widens, addressing people by our limited knowledge of their gender just seems uncomfortable. After all, when you assume someone’s gender, you add an uncomfortable question mark that lingers over the entire conversation.

How about simply asking for — and using – someone’s name? Gender-neutral language also goes a long way. For example, the singular “they” has been used since the 14th century, and style guides and dictionaries validated its expanded usage earlier this year.

Trans people are often criticized for “choosing” a gender and selecting “preferred” pronouns. But let’s be clear: gender is not chosen and pronouns are mandatory. You’re not “accommodating” a transgender person when you address them by their gender identity. You’re merely acknowledging the person they are. It’s a basic human courtesy – and it’s not optional. When someone tells you who they are, believe them.

Regrettably, trans people don’t always receive the basic courtesies they rightfully deserve. In 2015, I was part of a team that expanded PrideFest Milwaukee’s inclusive restroom policy – in place since the move to Henry W. Maier Festival Park in 1996 – to include gender-neutral restrooms for those who didn’t identify with male or female gender signage. We had always encouraged guests to use the restroom of their choice, with none of the policing that occurs at other festivals, and we’d never had any security issues. We had heard complaints that cisgender guests did not respect the inclusive policy, so we amplified our harassment policy messaging. We also recognized that non-binary guests did not feel supported, so we obtained approval from venue, community and civic leaders to create a third restroom option.

At the end of this meeting, I remember one of the participants turning to me, and saying, “This is your issue, not ours. We don’t need gender neutral bathrooms.” My response? “You will.”

Since that time, over 30 bills been introduced to restrict trans restroom access in sixteen states – including Wisconsin. All but two of these state bills were ultimately defeated, but the sinister sentiment continues to simmer. Fortunately, students in multiple cities are fighting back by suing their school districts for discriminatory policies. I’ve been inspired by Ash Whitaker of Kenosha, our PrideFest 2016 Valor Award winner, who won his lawsuit in U.S. District Court on September 20 before even graduating high school. We need more Ash Whitakers in this world.

However, some of the nation’s top LGBTQ activists recently recommended revising the fight for civil rights to exclude public accommodations, avoiding the “bathroom bill” fights to focus on housing and employment issues. These attempts to divide and conquer the LGBTQ acronym won’t stand – mainly because what threatens one of us absolutely threatens us all.

Recently, several states have sought to expand legalized discrimination through “religious right to refuse service” laws based on a pretense of religious objection. LGBTQ people are currently second-class citizens in North Carolina and Mississippi with no legal protections against discrimination. If anything, discriminatory behavior against LGBTQ people is more protected in these states than LGBTQ people themselves.

Make no mistake: simmering beneath this dark and dehumanizing legislation is a cruel conviction that LGBTQ people aren’t “normal” and don’t need to be tolerated or accepted. No matter how many dollars these states are losing through boycotts, cancellations and exits, state leaders claim to be taking a moral stance on behalf of their citizens. The message is chillingly clear: only socially acceptable citizens matter.

Where does this path lead us, exactly? I fall back on the cautionary words of Margaret Atwood, who said “Nothing makes me more nervous than people who say, ‘It can’t happen here.’ Anything can happen anywhere, given the right circumstances.”

Silence is approval. When we allow micro aggressions (like misgendering) to happen, the aggression will just continue to escalate. Cruelty has gone viral this election year, leaving families divided and friendships destroyed by a harsh political incorrectness unlike anything I’ve seen in my lifetime. Have you been shocked by what you’ve seen in your social networks this fall? Imagine being a LGBTQ person whose friends and families are supporting a candidate whose presidency would reduce your civil rights. How would you feel? Shocked? Betrayed? Angry?

Kristina felt all of these emotions that day in Racine. After 19 years as a performer, volunteer and advocate in the LGBTQ community, this was a real wake-up call – and cause for community concern.

“I would hope the cashier has taken some time to think about her actions and words,” she said. “I’m strong enough now to brush it off. What if I wasn’t? What if I was just beginning my transition and was struggling with family rejection or emotional abuse?”

“I would ask her, how would she have felt if I’d ended my life that night because her words were the breaking point?”

That’s a fair question for us all.

28 thoughts on “Out Look: Who Have You Misgendered Today?”