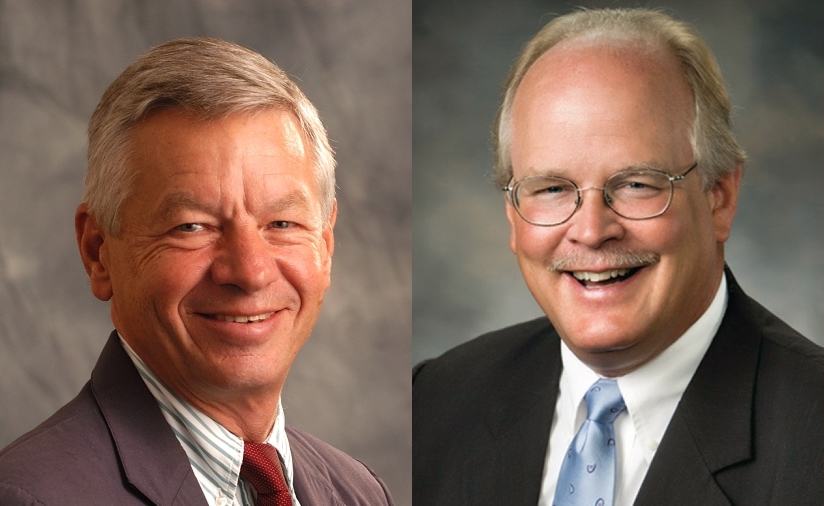 In the final presidential debate Donald Trump expressed “contempt for democracy” (New York Times). A Times editorial said: “He (Trump) falsely insisted there were ‘millions of people’ registered to participate in the election who did not have the right to vote and declared he would not commit to honoring the outcome.” The latest Trump outburst drew predictable and perfunctory distancing from some of his Wisconsin GOP enablers – Governor Scott Walker and Senator Ron Johnson. There’s more about two other enablers.

Politico reported: “Trump’s refusal to say he’ll accept a loss on Election Day has raised a jarring possibility: that Paul Ryan or Mitch McConnell, the nation’s top two elected Republicans, will have to do it for him. Just don’t expect the House speaker or Senator majority leader to step in before they absolutely have to.” However, Wisconsin GOP Representative Reid Ribble, who earlier rejected Trump, said: “I think both the speaker and Mitch McConnell would have to come out very, very strongly in support of the result.” Other Wisconsin GOP leaders are joining Ribble in rejecting Trump.

In exclusive interviews, former Wisconsin Representative Tom Petri and former state Senate leader Dale Schultz, showed why the GOP still means Grand Old Party for some Republicans. Petri said that Trump “doesn’t have any choice” but to accept the result of the election. And, Schultz told me that Trump spouts off “loose talk” but “whoever wins is our president.” Both went on to speak eloquently about political duty.

Petri will not vote for Trump. He and 29 other former GOP lawmakers released a joint statement: “Given the enormous power of the office, every candidate for president must be judged rigorously in assessing whether he or she has the competence, intelligence, knowledge, understanding, empathy, judgment and temperament necessary to keep America on a safe and steady course. Trump fails on each of those measures, and he has proven himself manifestly unqualified to be president …. (Trump) insults women, mocks the handicapped, urges that dissent be met with violence, seeks to impose religious tests for entry into the United States and applies a de facto ethnicity test to judges …. His public statements are peppered with lies. He belittles our heroes ….” Amen.

Schultz also will not vote for Trump. He described himself as a “good Republican” but that the alt-right is a “cross between the John Birch Society and Dixiecrats.” Schultz went on to commend Ohio GOP Governor John Kasich, saying Kasich “does not appeal to the worst in people”, e.g., does not support “union busting”. Finally, he asserted that the lesson of this election is that “good people have to speak up.” And, they are.

Petri is active in the U.S. Association of Former Members of Congress, going around the nation jointly with former Democratic colleagues. The message: “There is merit on both sides.” And, Schultz continues to speak out in support of public schools and against gerrymandering. Lincoln and (Teddy) Roosevelt must be smiling.

Bill Kaplan wrote a guest column from Washington, D.C. for the Wisconsin State Journal from 1995 -2009.

16 thoughts on “Op-Ed: Petri and Schultz Won’t Vote for Trump”