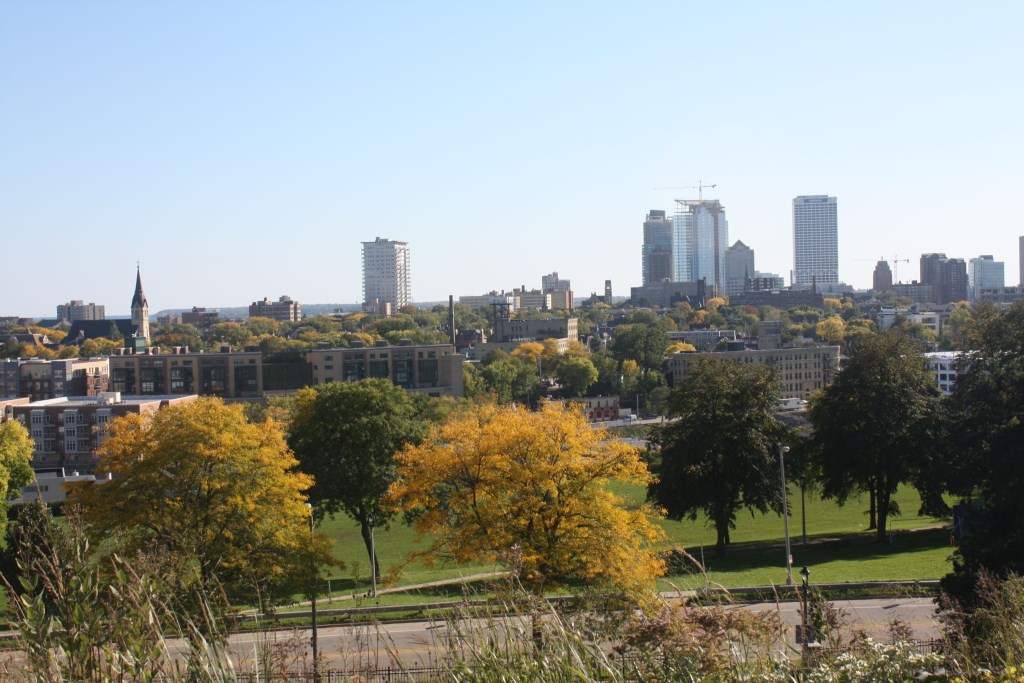 View from the reservoir. Photo by Carl Baehr.

When Solomon Juneau planned his new village of Milwaukee in 1835, there were only a handful of permanent residents in what would become known as Juneautown. Thirty years later the village, combined with the villages of Kilbourntown and Walker’s Point, had become a city of 70,000 people. The wells supplying water for drinking and cooking were inadequate for so many citizens. Some wells were infected with bacteria from the human waste that had seeped in, helping to spread diseases in the community. There was not enough water to put out the many fires common in an era of wooden buildings nearly touching one another on narrow lots. Some prime real estate was not being developed because wells could not satisfy the need for water.

To remedy the situation, a massive water works project was begun in 1871. In order to supply the city with water, a reservoir was needed atop a high point where gravity would draw water through pipes to supply homes and industry. The hill on North Avenue between Booth and Bremen Streets was chosen, on land that had been donated by Byron Kilbourn, the founder of Kilbourntown.

Water was pumped through 30-inch diameter pipes from Lake Michigan to the reservoir, which could hold over 20 million gallons of the liquid. The North Point Water Tower was built to enclose a stand-pipe that eliminated vibrations from the water pulsing through the pipes. A pumping station was built on the lake shore near where Northpoint Custard now stands. The intake was several hundred feet from the shoreline and drew water from a depth of about ten feet below the surface. Copper wire screening over the intake assured a pure water supply, at least much purer than it had been.

The project, with many miles of water pipes installed throughout the city, was completed in 1874 to rave reviews. It solved many problems. Residents and industry had a cleaner and more than adequate water supply. A professional fire department had recently replaced the volunteer force and it now had easily accessible water to fight fires. Mansions along the lake bluffs were constructed with the new water supply available for the owners’ needs.

The park-like area from the reservoir south to the bluffs above what is now Commerce Street was known as Kilbourn Park or Reservoir Park. A new street between Holton and Booth Streets along the bluff was created by developers and named Reservoir Avenue in 1875. It was extended southwesterly to Beers Street, which the city renamed Reservoir Avenue the same year. (Beers Street had nothing to do with breweries or taverns, it been named in 1837 for Cyrenius “Cyrus” Beers, a Chicago hardware merchant, alderman, and real estate speculator.)

In 1994, a Riverside High School history teacher, Chuck Cooney, and his class were studying the rescue of Joshua Glover. Glover had escaped from his life as a slave in Missouri in 1854. He made his way to Racine, where he was captured by a United States marshal and brought to the jail in Milwaukee’s Cathedral Square to await his return to his former life, as required by the Fugitive Slave Law.

Sherman Booth, a newspaper editor, and thousands of other Milwaukeeans were enraged at the idea that Glover should be forced back into a life of slavery. They marched to the jail, freed Glover and sent him on his way aboard the underground railroad to freedom in Canada. Booth was arrested and charged with breaking the Fugitive Slave Law. For the next seven years, Booth was in and out of court as the Supreme Courts of Wisconsin and the United States argued about the legality of the law. In 1861, an action by President James Buchanan freed Booth. 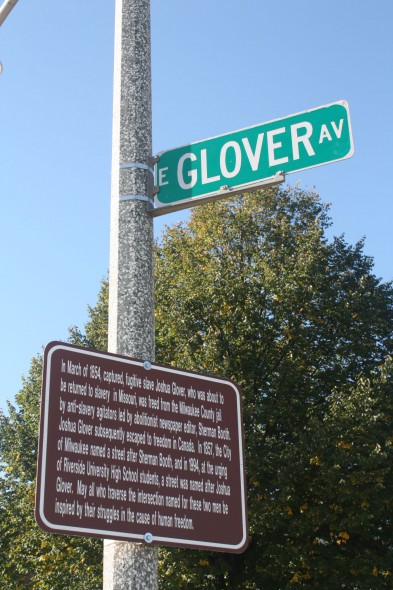 Marker at the intersection of Glover Avenue and Booth Street. Photo by Carl Baehr.

So the students encouraged residents on the street to sign a petition to rename it. The majority on the homeowners signed and that part of Reservoir Avenue was renamed Glover Avenue. The rest of Reservoir Avenue, which ran west to N. 14th Street and east to Garfield Avenue, retained its name.

As technology changed, the reservoir became unnecessary. It was filled in and the 35-acre Kilbourn Reservoir Park, a historical site, was created. The city-owned park includes recreational activities like sledding, baseball, basketball, and a tot-lot. It is landscaped with native plants.

South of North Avenue, the grounds include a soccer field, urban gardens and Kadish Park, named for Alice Bertschy Kadish, a Milwaukee school teacher and philanthropist. The park amphitheater and terraced landscaping were donated by the Selig, Joseph, and Folz families. The COA Youth and Family centers schedule the free Skyline Music series presented on Tuesday evenings during the summer as well as another popular series, Shakespeare in the Park.

Views from the former reservoir offer a spectacular panorama of the downtown and east side skylines. In 1875 the Milwaukee Sentinel exclaimed “it is beautiful property, and near the mills, tanneries and round house.” It is even more beautiful today since condominiums and apartments have replaced the mills, tanneries and railroad roundhouse and the smoke and unpleasant odors that they produced. 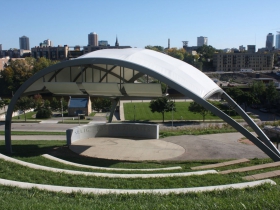 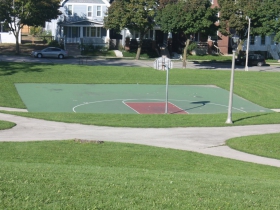 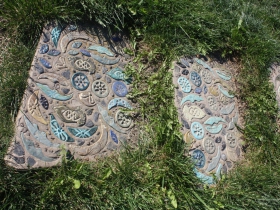 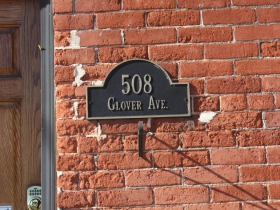 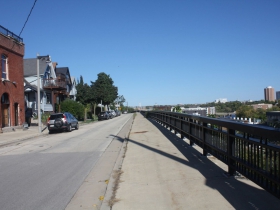 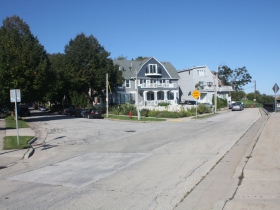