Can Republicans Recover From Trump?

What must Donald Trump be thinking deep inside as he staggers to a humiliating defeat?

He is impossible to figure, but could it be similar to these quotes from the mouth of Shakespeare’s great outcast, King Lear? 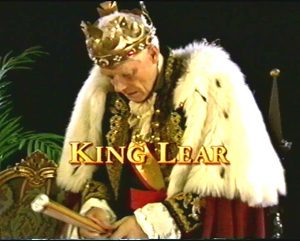 “I am a man more sinned against than sinning.”

It is cruel irony that the great brand-master is lurching head long into destroying two great brands: his own and that of the Republican Party.

His campaign, like Lear’s exit from the throne, is increasingly bereft of reality. His wild taunts over the weekend that Hillary Clinton was on drugs – “all pumped up” — during the last debate was based on zero evidence. She looked even-keeled to me.

As a result, his brand, his major asset, is rapidly eroding in value. It is based on him being a shrewd winner, not a desperate loser. After all of his self-inflicted damage, what sponsor would put the Trump name on a product aimed at the broad market going forward? His brand may still have value for some segments, but not the up-scale tiers he has played in heretofore.

As for the Grand Old Party, it will have a major rebranding project on its hands come Nov. 9.

Republican leaders know that. In Wisconsin, most of them still offer token support for their nominee, but they stay as far from his coat tails as they can get. Rep. James Sensenbrenner and Sen. Ron Johnson were conspicuously absent when The Donald made his appearance in West Bend.

Gov. Walker has been mostly out of sight since he dropped out of the presidential race. His early exit was a smart decision to sit this one out. Expect him to resurface after the Clinton’s election.

Speaker Paul Ryan has cut bait and is taking major flak from Trump and his passionate supporters for doing so. In the end, as he tries to resuscitate the party, his tough call may serve him well. His integrity will be somewhat intact. But it is just as likely that Trump will take Ryan down with him. A big chunk of the party may never forgive Ryan for jumping off Trump’s sinking ship, principled though it may have been. A new face may have to take the reins for the reboot of the party.

The millions of voters for Trump and Bernie Sanders, though in a minority in each party, cannot be ignored in the rebranding process. The GOP must address the frustrations of their supporters if it is to remain a force in American politics.

Their main complaint is economic stagnation, not getting ahead. They don’t think their children will be better off than they are. They want solutions, not ideology. Trump and Sanders were short on realistic solutions, but they voiced the anger of the disenfranchised.

Brand experts would probably not recommend changing the name of the Republican Party, though that may be considered. But they would want to add a new tag line. I suggest: “The Pragmatic Party, the party that solves problems.”

It would avoid ideology. Voters are tired of cant. They want ideas that work at ground level, driven by the private sector wherever possible, not by more government programs.

Ryan has already worked up a pragmatic platform called “A Better Way.” It’s a good start, but it needs to be more bold and more clear about major challenges facing the country and its distressed poor and middle class.

Here are some examples of pragmatic possible solutions:

Corporate Taxes: Both parties have proposed cutting the corporate tax rate to around 25% from 34%, the highest in the industrial world. Get it done.

Individual Taxes: The Earned Income Tax Credit ties subsidies to work. Expand it, and smooth out the removal of subsidies that penalize people who go to work at entry wage levels. Most policy people concur.

Job Creation. We have learned that all net new jobs come from entrepreneurs. Expand tax credits at the federal and state levels for investors who have the guts to invest in risky startups. The credits are working in Wisconsin. Note: almost all our great employers started here. That is true in most states.

Immigration. Listen to business people who say they can’t operate without immigrants. Give the illegals a work permit, but not citizenship. Resolve this nagging issue.

Trade. China is the main trading challenge. Cut a bilateral deal with that nation that allows more exports to the U.S. only if they allow an equal amount of exports from us. It’s called balanced trade. Work similar bilateral deals where the trade deficit is significant in either direction. Multilateral deals take way too long to get done, and they are now toxic politically.

Health Care. Follow the lead of private companies that have driven costs under control. Costs are the main issue; high costs cause the access issue. Value Healthcare means: self-insurance by all kinds of employers, so they are directly responsible in ground level units for managing risks; improved incentives for healthy living and smart consumerism, like expanded HSAs; bundled, transparent prices; and proactive primary care. The bloated health care industry has eroded the prosperity of American households. Amend Obamacare to become Value Healthcare.

Republicans must lie awake nights hoping that Trump will fade from view after a big loss and that he will allow the party to regroup. After all, he was a Democrat or independent for many more years than he was a Republican.

5 thoughts on “Op-Ed: Can Republicans Recover From Trump?”