“Because Scott Walker Asked.” That simple phrase on the memo line of a $10,000 check made out to the Wisconsin Club For Growth has been called “poetic,” [Daily Kos] and “an elegant catchphrase for the state of democracy in the US today, where elections are lost or won as much according to candidates’ ability to attract corporate cash as by the strength of their leadership or ideas.”

That latter quote came from The Guardian, which also used the catchphrase as the headline of its exclusive leak on September 14th of 1,500 pages of documents related to the secret John Doe investigation into campaign financing in Wisconsin during the Walker era.

Kasten’s Check. Image from The Guardian.

So who is this Ovid, this Horace, this Tennyson of negotiable instruments who drafted these four immortal words into a stanza that shall stand as the herald of an era?

He is G. Frederick Kasten, Jr., the retired president of the Robert W. Baird brokerage firm and a longtime resident of the Village of River Hills, where he lives with his wife, Susan Woodland Kasten, likewise a River Hills lifer.

Kasten comes from an old-line Republican Milwaukee family. Grandfather Walter Kasten 1870-1950 was the president of First Wisconsin National Bank, at one time the largest bank north of Chicago. George Frederick Kasten, Sr., Fred’s dad, also served in that capacity. [Curiously, the Baird biography of Kasten says his father “William” was president of First Wisconsin during the “Roaring Twenties.” The source ignores the fact that Walter Kasten was then president and does not explain why somebody named William would name his son G. Frederick Kasten, Jr., and what the heck George F. Kasten, Sr. had to say about it. I’ll stick with my version.]

George Woodland, the now-Mrs. Kasten’s father, once hosted a reception at his home for Oliver North. This town has been Republican since Taft‘s era, or about when a bunch of golf enthusiasts bought up a bunch of low grade agricultural property and converted it into Milwaukee Country Club.

Whatever land surrounded the club became the Village of River Hills. It was parcelled out, mostly in 5-acre or larger chunks, and mostly to club members to form a sort of a buffer for club and community. Other than the country club, now a $6 million a year business, there was and is no industry, manufacturing, retail or commercial activity in the village. Well, not since the Behling Septic Cleaning Company, its only for-profit business, shut down two decades ago.

In 2011 we find the name of Mrs. George F. Kasten, Jr. among the 15 voting directors of the country club, where her father was known for his golf and tennis prowess.

Fred Kasten himself was a grand tennis player, and challenged members of royalty (King of Jordan, as I recollect) and heads of state to matches. He could practice right in his back yard, for River Bend Estates, unlike nearby Mequon subdivisions such as Columbia Reserve, across the County Line Road, permits tennis courts on private property, although I believe both forbid hanging one’s laundry out of doors to dry.

Fortunately the country club has a platform tennis facility for that cold-weather sport. Fred played in championship doubles games in the early 1980’s and took the title in 1985 after he switched partners and started playing with the guy who kept beating him in the past.

The Kastens are supporters of University School, Children’s Hospital, Riveredge Nature Center and other causes.

Such is the environment, historical and social that surrounded Fred Kasten, Jr. on that July day in 2011 when he penned the $10,000 check to the Wisconsin Club for Growth because Scott Walker asked.

A Riverfront Property at the Edge of the Village 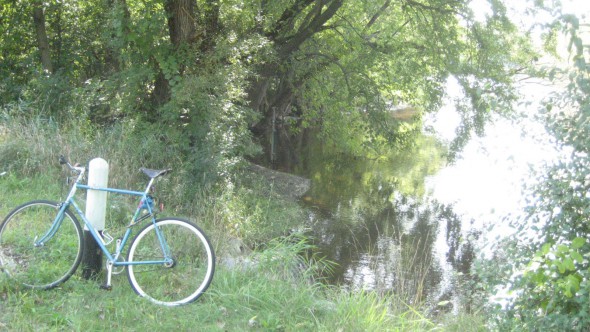 The Ozaukee County colossus of Mequon, a city of 46 square miles that entirely straddles the border with Milwaukee County, lies immediately to the north of the Kasten property, which itself is at the northwestern corner of the Village of River Hills. County Line Road forms the border to the north shared by Mequon and the Kasten property. The Milwaukee River forms the border to the west with the Village of Brown Deer. Here, the river indeed bends. It is shallow in this area, even walkable in good boots.

The landscape along the river is dense with buckthorn, the better to obscure both river and avert any possibility that a glimpse of the Village of Brown Deer, located across the water, might disturb the pastoral splendors of this location.

These rough edges of the property are somewhat incongruous for a home that has been very thoroughly landscaped in every other respect by its owners, to the extent that a two-level pond had been excavated to add to the site’s charms. A swimming pool adds to the water features of the property. It has been the site of the Garden Conservancy’s Open Days in the past.

The home is a sprawling ranch house whose wings spread at angles to the torso of the structure. This is one of those places that real estate agents would say is “designed for entertaining,” and in this case it probably is true.

It has 5,830 square feet of living space, with 5 bedrooms, 6 full bathrooms and one half-bath. Rare is the home that has more full baths than bedrooms.

The home is just west of Upper River Road, which we visited last September when Bucks player Michael Carter-Williams bought a spread there.

This is also the street where real estate investor Daniel Giwosky killed his wife, and then later himself, after setting fire to Century Hall.

If you head along County Line road and look west where River Road begins, you will note a woody zone about 150 feet deep or so. This was the site of a double murder and body dump in the 1980s, when Donald C. Goll, Jr. killed a woman and her sister.

Other than those gruesome tales, life is placid and lovely here. River Hills has a very low crime rate, but even so, the vogue in many places (not at this residence) is to construct imposing gates at the driveways of baronial mansions. The old country village that was once rustic and enchanting has become rather a bit grand and off-putting. Fred’s old neighbor Bette Holbrook would have had a thing or two to say about such ostentation.

George Frederick Kasten, Jr. joined the investment firm of Robert W. Baird in 1963. He became its sixth president in 1979, the year he built this house, and served in that capacity until 1998. He was born on February 14th, 1939, and earned a bachelor’s degree from Williams College and an M.B.A. from Columbia University. He has chaired the United Performing Arts Fund and served on the Lawrence University board of trustees.

During his numerous public appearances and company events, Kasten was known for his quick wit and engaging conversational style.

During the Kasten administration, Northwestern Mutual acquired a majority of the Baird stock. NM liked Baird’s profits, and Baird appreciated the vast amount of capital that NM had at its disposal.

But it was a marriage with tensions.

The two cultures were somewhat incompatible — the freewheeling stock traders of Baird, versus the staid actuaries of the Quiet Company. It was as if the Board of Overseers of Harvard took it upon themselves to operate an Animal House-type fraternity.

In 2004 NM began offering some of the same private wealth management services that Baird did. Paul Purcell, Kasten’s successor, saw this as a threat, and after intense negotiations was able to buy back the firm, which is now employee owned. [See my 2004 story here.] Baird is considered one of the nation’s leading regional brokerage firms. 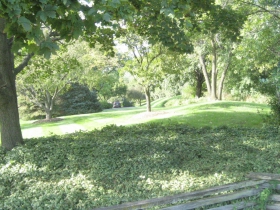 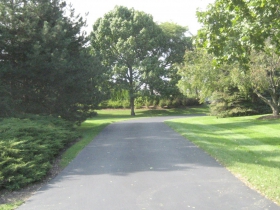 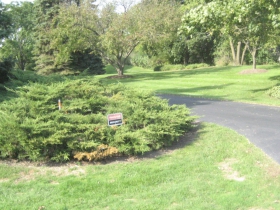 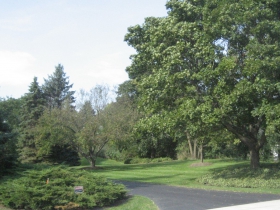 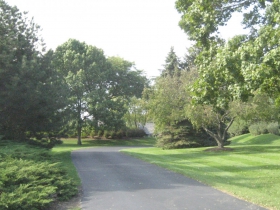 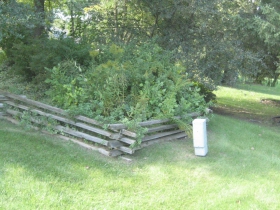 How Milwaukee Is It? The residence is 13 miles north of Milwaukee City Hall.

The Rundown is researched by Jordan Garcia.