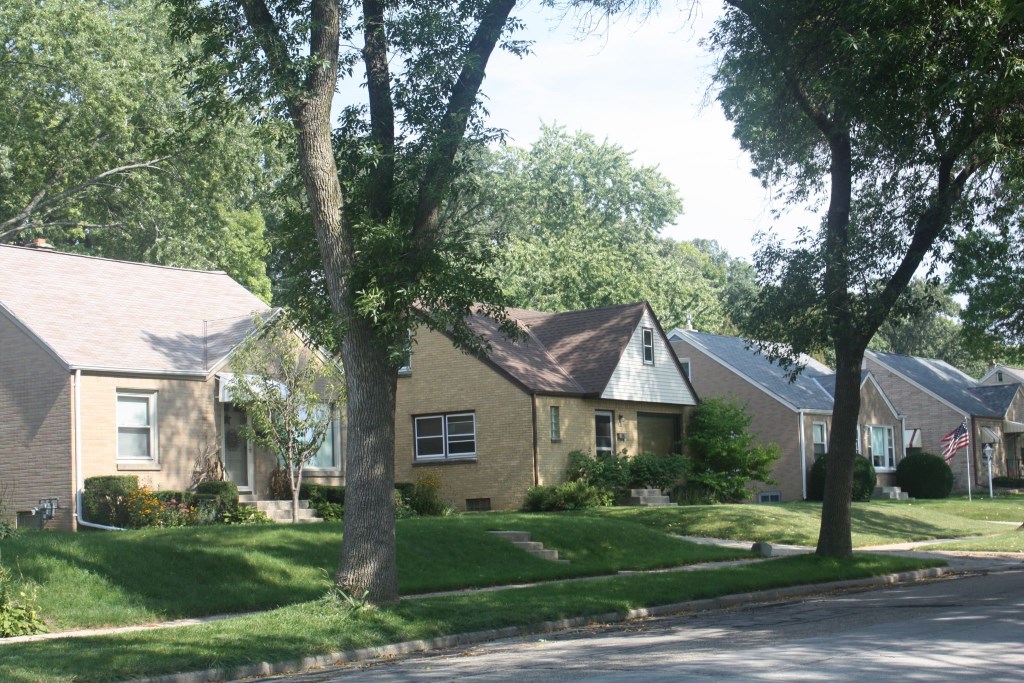 While the names of presidents and trees are common American street-naming themes, there are many other patterns. Washington, D.C. has a street named for each state in the country. The Sonoma Valley in California has streets named for wine varieties. College and university names adorn the street signs of Palo Alto, California. The thoroughfares in the town of George, Washington are named for types of cherries. Other themes include mythological and literary characters, constellations, and a wide variety of diverse subjects.

But Cudahy, Wisconsin is probably the only community where the names of the avenues honor men in the meatpacking industry – twenty-seven men to be exact.

The founder of Cudahy, Patrick Cudahy, was born in Ireland on St. Patrick’s day in 1849. With the potato crop failure causing the starvation of many of their countrymen, the Cudahy family emigrated. Three months after his birth, Patrick and his family were living in the rough Tory Hill neighborhood of Milwaukee. Not wanting their children to be exposed to the drinking and violence prevalent in that Irish community, the Cudahy’s moved west along the northern bluffs of the Menomonee River Valley to a more rural setting past N. 27th Street.

As a child, Patrick showed his inclination for the meat business. He didn’t play Lemonade Stand, he played Butcher Shop. He and one of his brothers gleaned entrails and organs from a nearby slaughterhouse and displayed them on their homemade butcher counter. The boys did not sell any of their goodies but the odor drew a bear to their market the next morning. A farmer with a rifle ended the bear’s life and the bear brought to a finish Cudahy’s first business endeavor.

His future ventures were much more successful. He and three of his four brothers became millionaires in the meatpacking business – Michael and John in Chicago, and Edward in Omaha in addition to Patrick in Milwaukee. When Patrick planned his new town of Cudahy two miles south of Milwaukee in 1892, he had plenty of street-naming opportunities to honor his professional peers. Decades later Milwaukee expanded southward and took on the names of a dozen east-west avenues that Cudahy had christened.

The best known is the busiest – Layton Avenue. It has been confused with S. Layton Boulevard, which runs between the S. 27th Street viaduct and W. Lincoln Avenue. Both are named for the same man – Frederick Layton. In the 1920s Milwaukee instituted a program to eliminate duplicate street names but Layton Avenue was added well after that effort, in the 1950s, giving us one of the few duplicate street names in the city.

Frederick Layton was an early Milwaukee meatpacker and art collector. The English-born Layton’s art collection is now on display at the Milwaukee Art Museum‘s Layton Art Gallery. According to Cudahy’s autobiography, when he was a young man he worked at Layton’s meatpacking plant. Cudahy wrote that Layton “was always cheerful, and appreciated men who endeavored to do what was right.” 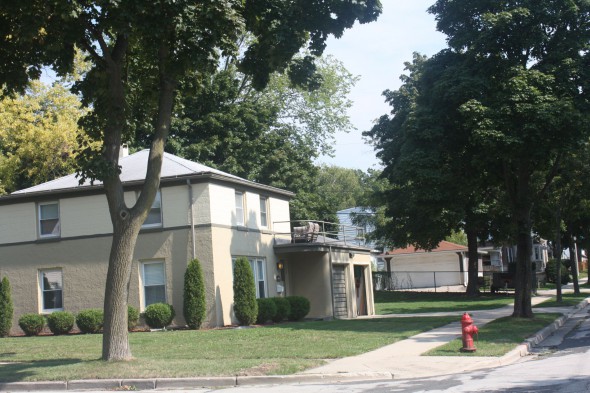 Cudahy also worked in Philip Danforth Armour‘s pork packing business in Milwaukee before Armour relocated to Chicago, taking Michael Cudahy with him. Armour and Company became Chicago’s most important business in the late nineteenth century and made Armour one of the wealthiest men on Earth. Cudahy was fond of Armour for mentoring and encouraging him, and Armour Avenue must have been one of the first names to come to Cudahy’s mind when he named his streets.

The successful Cudahy clan was also remembered with a street name. Although they made fortunes in meatpacking, it appears that after spending a lifetime around slaughtered hogs, Patrick Cudahy did not place pork high on his menu at home. While in his sixties, he spent twenty days trying to back up his assertion that a person could live on ten cents a day. He had his cook serve him beans with bits of pork thrown in for breakfast and then he had rice for lunch. His dinner of corn meal mush paled next to the regular fare his family ate. He does not mention missing pork chops, pork roast, or ham, but he did miss eating “beef steak, or mutton chops, roast beef or spring chicken.” Cudahy admitted that, while he did eat on ten cents per day, it did not pay for rent or fuel or other non-eating expenses and that he could not live on that amount. A side benefit though, was that he lost two pounds in the twenty-day experiment.

Samuel Allerton and Henry Botsford were Chicago pork packers when Cudahy named streets for them. At the time Allerton was running for mayor of Chicago; he finished second in a field of four. Bottsford [sic] Avenue is misspelled – there was only one ‘t’ in the man’s name.

Others honored were livestock commissioners. These men purchased animals, mostly hogs, from the farmers who raised them and then sold the livestock to meatpackers for slaughtering and packing. As a 19 year old, Elisha Edgerton worked as a clerk for Solomon Juneau. In 1892, he was a 76 year old commissioner when Edgerton Avenue was named for him. Jerome Holmes was another commissioner from Milwaukee whose name is immortalized on local street signs. And so was George Bosworth Van Norman, whose was also a real estate developer and president of the syndicate that developed the community of South Milwaukee.

Henry and Charles Mallory were Chicago livestock commissioners and the inspiration for Mallory Avenue.

Grange Avenue was named for William Grange, whose business near the Milwaukee harbor supplied Great Lakes vessels with meat. Frederick Vogel, of the Pfister and Vogel Leather Company, which used the hides of slaughtered animals, died a week before Vogel Avenue was named for him.

Michael Carpenter, for whom Carpenter Avenue was named, was Cudahy’s friend and a fellow Irishman as well as an investor in Cudahy’s new town. Carpenter had nothing to do with pigs at all. He owned a large Milwaukee baking concern that eventually sold out to the National Biscuit Company. 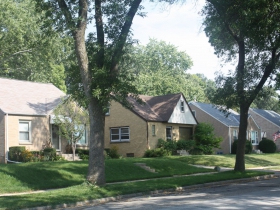 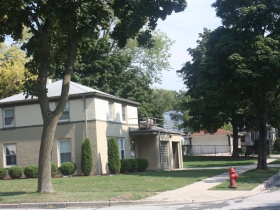 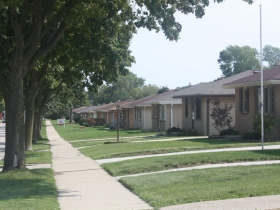 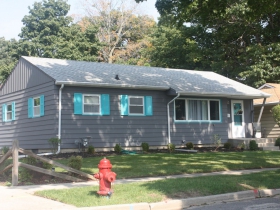 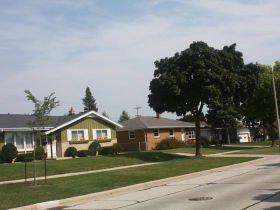 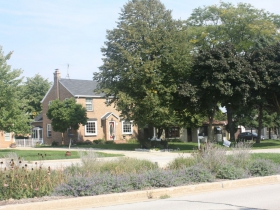