One of handful of Pre-Civil War homes in City, was birthplace of the "Father of Milwaukee Parks System." 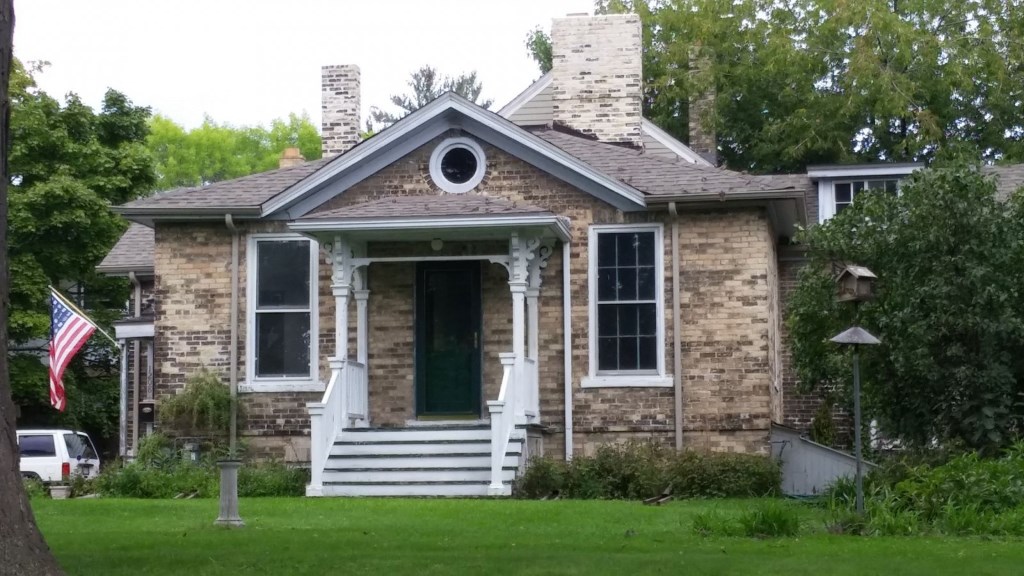 Locust Street home where Charles Whitnall was born in 1859. Photo by Carl Baehr.

This Cream City Brick pioneer homestead, set on a grassy knoll somewhat aloof from busy E. Locust St., dates to 1851, when it (or at least the first portions of it) was constructed by English pioneer Frank Whitnall. At that early date any residence two-and-a-half miles from downtown, as this one was, would have of necessity been a farmhouse.

Such was the case here, where the 18 acres of Whitnall property adjacent to the Milwaukee River and set on high ground, proved to be a fertile enterprise. By the time of the Civil War, the population of Milwaukee had expanded to the extent that certain farmers like Whitnall could expand into nursery crops and cut flowers rather than the base necessities of life.

My colleague Carl Baehr last week wrote about Whitnall Avenue, which was named for Frank’s son Charles, who was born in this structure in 1859, and who lived for his entire 90 years on the family property, if not in this exact structure.

This required the erection of greenhouses and other outbuildings. Still communication was difficult what with downtown being so distant, and Charles Whitnall was among the first to make use of a telegraph — and later telephones — to transmit and receive orders for his wares. His 1870s innovation is the basis of FTD, which is still used today to arrange floral deliveries to distant regions.

The building, although begun in 1851, has certainly been altered over the years as can be seen from its wings and projections on every elevation. Although it got wider, it did not get much taller, and the cramped attic of 435 square feet would be a head-banging nuisance for those of above average height.

Due to its hobbled together character, augumented by the fact that little work was done on the place since its last flurry of construction decades before the beginning of the 20th century, this house is a little time capsule. One architect counted 12 rooms in the home, on six different levels. Each and every room in the dwelling is at least a step up or a step down from its neighbor. The structure once had 9 entrances. You can still see a stone hitching post outside the back door.

True to the home of a parks advocate, and to the building’s past, the yard is landscaped in plants that Whitnall would have recognized — or descendants of those he would have likely cultivated. These include the numerous lilacs in the yard. I’ll have to sniff around next spring to see if they are heirloom varieties.

Across E. Locust St. to the south is Gordon Park, which, like N. Gordon Circle on the Whitnall lands, is named after Whitnall’s only son.

Recently we wrote about the Frederick C. Bogk home, designed for a Milwaukee Alderman in 1916 by Frank Lloyd Wright, and owned since 1955 by Robert and Barbara Elsner.

This home, which was 65 years old when the Bogk home was built, has been occupied by the Holzhauer family since 1951. According to an anecdote included in the home’s application for Historic Designation, poets W. H. Auden and Dylan Thomas stayed here on their respective tours of Milwaukee with the current owner’s parents.

Auden remarked how much like an English Cottage the home was.

Thomas urinated in the garden and stayed up all night drinking.

Riverwest has a proud cultural history. 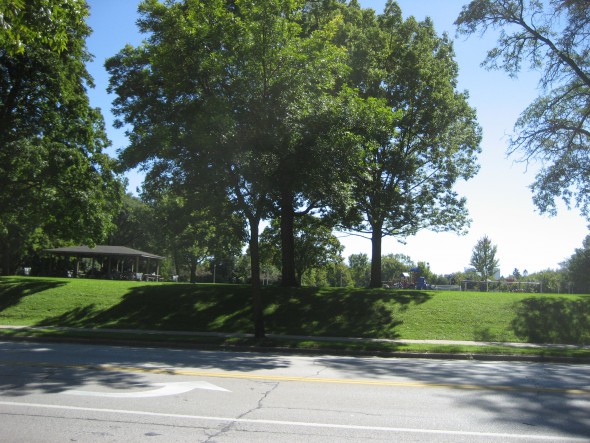 Future of Parks to be Discussed at Gordon Park, Elsewhere

The County is holding a series of hearings on the future of the Milwaukee County Parks system, which some fear, may lead to sales of park land and other disruptions of the vision of Charles Whitnall. 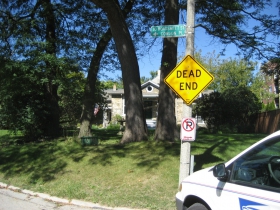 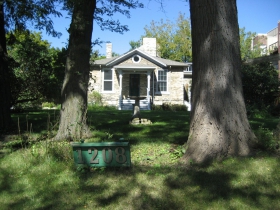 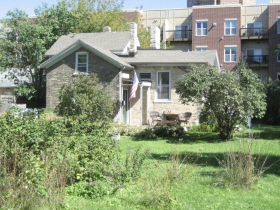 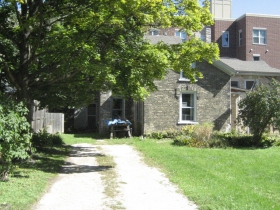 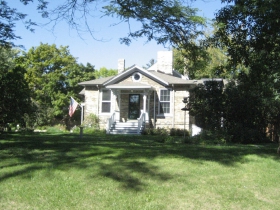 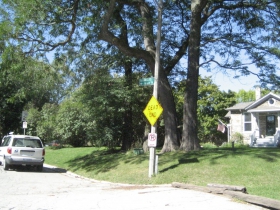 How Milwaukee Is It? The residence is 2.5 miles north of Milwaukee City Hall.

One thought on “House Confidential: The Whitnall House”