Will Some County Parks Be Closed?

Survey from Abele administration offers this as possible solution. But why? 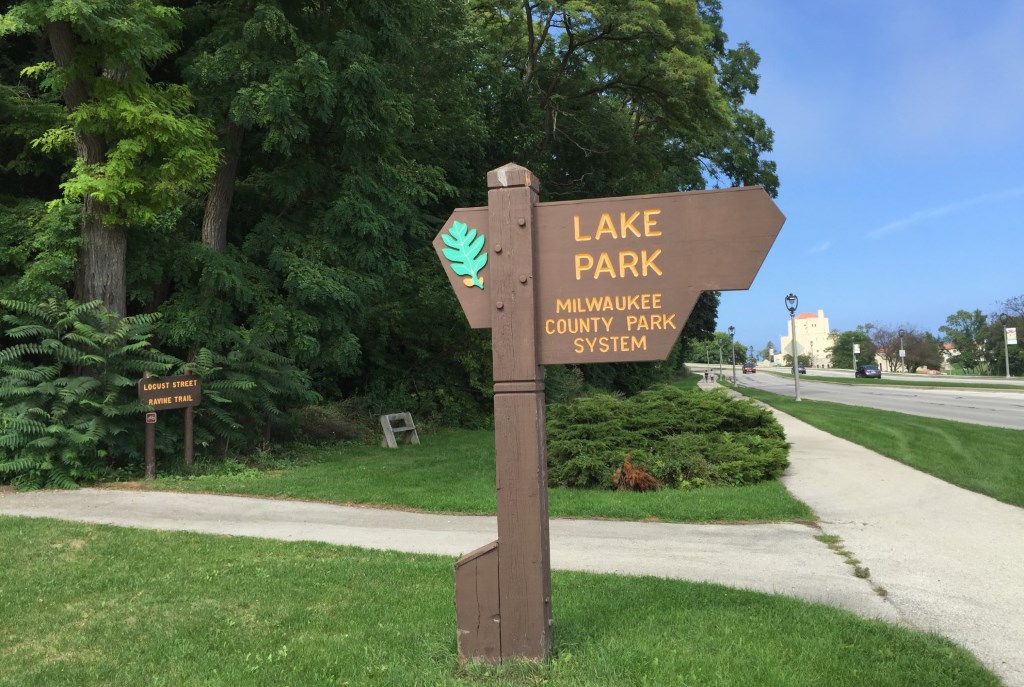 A seven-page survey about Milwaukee County parks has triggered responses beyond the 4,000 randomly selected residents who recently received it by mail.

Besides seeking input about park usage, the questionnaire proposes “potential actions to reduce the size of the Milwaukee County parks system to match current available funding.” Specifically, it asks whether the county should close horticultural facilities, neighborhood parks, swimming pools, picnic shelters, pavilions, rental facilities, community centers, golf courses and marinas. Should the “number/size of some existing regional parks” be reduced? Should some open spaces, parkways or neighborhood parks be transferred to other governmental entities?

Respondents are asked to indicate 201 preferences. The introduction says completion will take 10 to 15 minutes. Several people told me it took 30 to 45 minutes to complete.

Cheri Briscoe, recently retired chair of the Milwaukee County Parks Advisory Commission, faulted the questionnaire. “It is set up to justify selling and privatizing segments of our parks by forcing survey takers to make Hobson’s choices based only on the narrow needs of the individual doing the survey” she wrote in an email. “It reinforces the concept of a ‘me-first society,’ where the needs of others don’t matter.” Briscoe noted that it is “more likely to be filled out by retired people who have more time, rather than working people with kids,” thus creating distorted outcomes.

Preserve Our Parks, an advocacy nonprofit, criticized the questionnaire in a media release. The group said questions addressing downsizing and financing “are preceded by inaccurate and misleading statements about deferred maintenance and the County’s budgetary restrictions, which includes figures for all parks and cultural facilities.”

The survey warns readers: “The annual budget for Milwaukee County Parks cannot cover all the maintenance needs of the Parks System, and the Public Policy Forum has estimated that parks and cultural facilities owned by Milwaukee County need approximately $250 million in capital investment to repair existing outdoor and indoor parks, trails, and other cultural and recreation facilities.” It says it “would require approximately $50 million in funding per year for the next five years.”

POP said these “misrepresentations” are “reckless and render the survey results on those issues of no value.” The referenced 2013 Public Policy Forum study reported deferred parks repairs totaling $83 million; the rest is for cultural “capital needs,” including optional facilities expansion. The survey does not address county-owned cultural institutions.

County parks director John Dargle, Jr. told me the survey is “just one component” to inform a 10-year parks master plan, a long-term parks-and-open-space blueprint, and accreditation his department is seeking. Dargle said the administration decided “not to leave anything off the table,” including possibly closing or severing parts of the system that encompasses 158 parks and 11 parkways.

Briscoe urges a more can-do vision: “We must all look at our Milwaukee County Parks as a quality-of-life resource for nearly a million people of different ages, family styles, interests and neighborhood cultures. We need a survey that inspires us to dream and do better rather than give up on ourselves as stewards of an important legacy.”

The contract for PROS Consulting, Inc. of Indianapolis, which is coordinating the survey, says, “Prior to being administered, it will be reviewed by staff, the County Executive and the County Board of Supervisors.” However, both Dargle and board chair Theodore Lipscomb told me that the county board had not been shown survey questions. Dargle said staff from the executive’s office, administrative services, budget, and human resources departments were involved in planning the survey.

Preserve Our Parks noted that “significant defects in the survey” could have been curbed with board review, “which would also have allowed for public comment.” POP’s release noted that “This lack of public process is especially egregious” because survey results will be incorporated into long-range plans including one the Southeastern Wisconsin Regional Planning Commission (SEWRPC) will develop for parks and open spaces for the next three decades.

Some questions were apparently PROS’ boilerplate used for nationwide clients. (One indicator: Milwaukee’s survey, linked by the Journal Sentinel, is titled “City of Liberty, Missouri.” Oops. Another blooper referred to “detention ponds,” not retention ponds.)

When asked about whether surveys are customarily used to justify park closures, a representative of the City Parks Alliance, a national nonprofit, said in an email. “Other cities have done surveys but mostly to determine possible locations of new parks or alternate use of vacant space, not to close down” facilities.

Talk of unloading parks is not merely theoretical. The Abele administration has already been pursuing that strategy. The future of county parks, including Mitchell Park Conservatory, was a flashpoint issue in Abele’s re-election campaign. He repeatedly pledged he had no intention to sell parks.

Nonetheless, facilities can be closed or threatened with closure, which has happened with pools and other amenities. A facility’s fate then depends on whether citizens can mount a successful campaign to keep it, often through private fundraising. Neighborhoods with fewer resources sometimes simply lose out.

Additionally, Abele, who owns a commercial real-estate business, was granted power by the Legislature in 2015 to dispose of any county property not zoned parkland. He needs only the signature of another person with real estate ties within a respective municipality. The county comptroller’s nominal vote can be overridden by a hand-picked rubber-stamper.

It was learned that dozens of county parks lacked full parkland zoning, although municipalities are now reviewing their zoning. More germane is that Abele could dispose of thousands of acres of other county land not in named parks. Recently retired county supervisor Gerry Broderick said that includes Oak Creek and Franklin parcels the county acquired in recent decades for conservation and future parks. 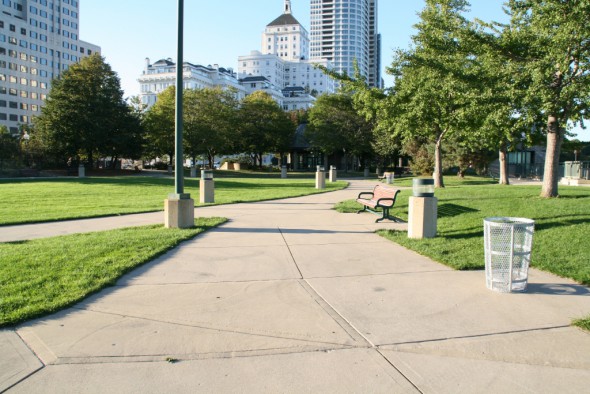 Abele has tried to sell or transfer parks and cultural assets since shortly after taking office. He quietly negotiated for two years with Northwestern Mutual for the insurer to buy O’Donnell Park for about a third of what taxpayers had invested in its construction. That plan left the public’s interests unprotected; the board narrowly rejected it in December 2014. A conservancy-type proposal by the nonprofit Milwaukee Art Museum, which will keep the lake-view park public, was approved in March. The museum will own the buildings with the county owning the land.

Earlier this year the board rejected a proposal for the City of Greenfield to lease and control Kulwicki Park for 30 years. Abele’s attempt to “dump” the county-owned campus of the Marcus Center for the Performing Arts into the quasi-public Wisconsin Center District, which will oversee the new Bucks Arena, has been foiled till at least 2020.

Abele does not support a sales tax for dedicated parks funding. He doubts the GOP-controlled Legislature would enact it even though he has gotten that body to do his bidding on other issues. County residents approved an advisory referendum for a parks-and-transit sales tax in 2008, which the Legislature did not implement. Metropolitan Milwaukee Chamber of Commerce president Tim Sheehy told the county board’s economic development committee in June 2015 that the chamber would now support such a tax, after previously opposing it.

Since the mid-19th century, American parks have been created to serve the public forever–with protective legal covenants. Despite fiscal challenges, cities nationwide invariably are investing in parks, not shutting them down. Our era is often called a “renaissance in public spaces.”

Why is Milwaukee County thinking about closing or transferring parks? Dargle said, “Looking at ways to revamp, reorganize and reduce” is meant to help sustain the system.

Milwaukee County’s system has included about 15,000 acres for decades, although Broderick says park acreage per capita has declined. No research indicates the county has too many parks, trails and parkways. If anything, Milwaukee needs more parks, not fewer. According to the Trust for Public Land’s ParkScore® index, 12 percent of city residents (72,575) don’t have a park within a 10-minute walk (1/2 mile), the parks-access benchmark. TPL’s mapping shows Milwaukee’s greatest need for new parks in North Side and West Side neighborhoods. In contrast, nearly all residents from the East Side south to Bay View enjoy ready access to parks, trails and playgrounds.

What About Handing Off Parks?

Broderick, who chaired the county’s parks committee for years, fears negative outcomes if some municipalities acquire their parks while others cannot afford to do so. Broderick told me, “Spinning off parks would be short-sighted and create duplication, inefficiencies and a two-tier system of parks–for haves and have-nots.”

Unequal parks access is a national “environmental justice” issue. After Simone Manuel recently became the first African-American woman swimmer to win an individual Olympic gold medal, she said many blacks still don’t have access to pools. Seven swimming pools on Milwaukee’s North and West Sides have closed over the years. The county replaced Lincoln Park’s deep-well outdoor pool. There’s also an indoor pool at Noyes Park on the far northwest side (82nd and Good Hope). Washington Park has the only county pool on Milwaukee’s West Side.

Milwaukee County’s parks system was created in 1907; the city’s park commission was formed in 1889. Parks visionary Charles Whitnall developed the county’s master plan for a “necklace of green” in 1923 to meet existing and future needs. It specified neighborhood and regional parks, golf courses and connecting parkways. Much of the system was built through New Deal programs. Following a referendum with 3-to-1 in favor, the city and county consolidated their parks on January 1, 1937, reducing “considerable duplication in functions, services and equipment,” according to a county report.

Mailed surveys are due back September 9 and an online version will be posted in late September. Nine public workshops about parks planning will be held September 13 to October 5 throughout the county.

Correction: A previous version of this story incorrectly stated that all North Side county-run pools have closed.

33 thoughts on “Op-Ed: Will Some County Parks Be Closed?”