By Alexandra Arriaga, Wisconsin Center for Investigative Journalism - Aug 28th, 2016 10:36 pm
Get a daily rundown of the top stories on Urban Milwaukee 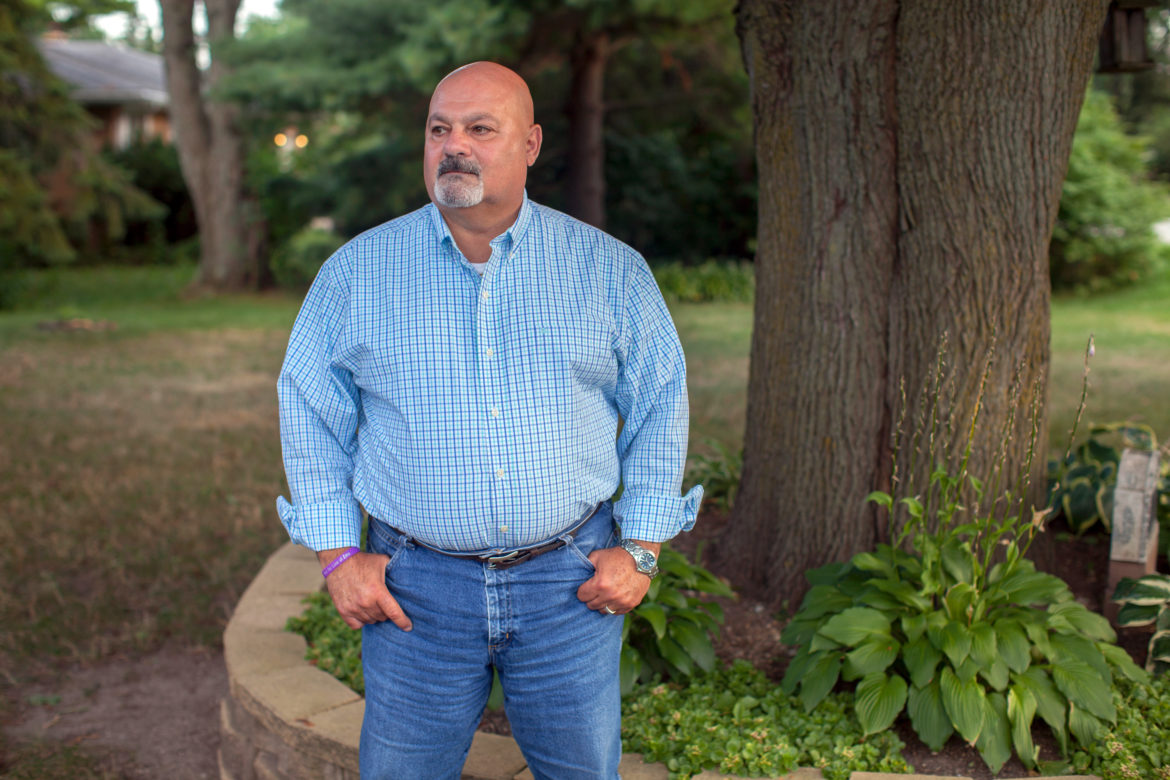 Elvin Daniel, brother of Zina Haughton, is seen at his home in McHenry, Ill. Daniel has become an outspoken activist for what he calls “sensible gun laws” — including universal background checks — since his sister was killed in a mass shooting at a Brookfield, Wis. spa in 2012. The perpetrator, her estranged husband, was legally prohibited from buying a gun. Photo by Coburn Dukehart of the Wisconsin Center for Investigative Journalism.

On a Sunday afternoon nearly four years ago, Elvin Daniel was in his garden when he got a call from police: His sister, Zina Haughton, had been shot at work.

Zina’s abusive husband, Radcliffe Haughton, used a semiautomatic handgun that he bought from a man in the parking lot of a fast-food restaurant in Germantown the day before the shooting. He killed Zina DHaughton, Maelyn Lind and Cary Robuck and wounded four others at the Azana Salon & Spa in the Milwaukee suburb of Brookfield. He then used the weapon to kill himself.

Daniel, who owns a gun, said he was shocked that his late brother-in-law was able to buy a firearm despite a judge’s order prohibiting Radcliffe Haughton from possessing a gun.

Since his sister’s death, Daniel has pushed lawmakers to expand criminal background checks beyond licensed dealers to private sellers, such as those who advertise on Armslist. That is where Haughton found the seller of the gun he used in the mass shooting.

“I mean, the day before that (shooting), I was one of those that says, ‘You know what, leave me and my guns alone,’ ” Daniel said. “I still feel that, but I believe that everybody should go through a background check when they buy a gun to keep guns out of (the hands of) people that shouldn’t have them.” 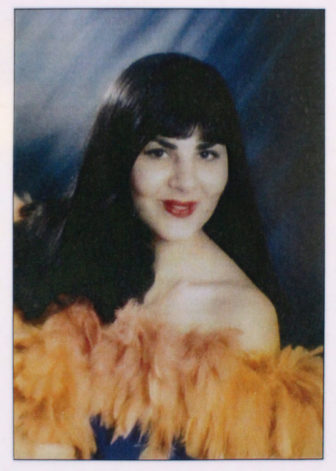 Zina Haughton was murdered by her estranged husband in 2012 with a gun he purchased illegally from a private seller who advertised on Armslist.com. At the time, Radcliffe Haughton was legally prohibited from purchasing a gun because of a domestic-violence restraining order. Photo by Coburn Dukehart of the Wisconsin Center for Investigative Journalism.

Zina Haughton’s daughter, Yasmeen Daniel, was at the salon and saw her mother shot to death. Her stepfather also tried to shoot at her, but Daniel was saved when Lind stepped in front of her.

She is now suing Armslist, charging the website facilitated the illegal gun purchase that led to her mother’s death. Armslist has asked a Milwaukee County Circuit judge to dismiss the lawsuit, arguing that under Wisconsin law, the company cannot be held liable for the actions of people who advertise on its site.

A Marquette Law School Poll this year found 85 percent of registered voters in Wisconsin, including 84 percent who have guns in their homes, say they support closing the private-sale loophole. A CNN poll in June showed 92 percent of respondents nationwide favored expanded background checks.

Officials in Milwaukee are working with community leaders and nonprofit groups on a plan to reduce gun violence. A top recommendation: Expand criminal background checks to private gun sales. (That initiative is partially funded by The Joyce Foundation, which also provides funding for the Wisconsin Center for Investigative Journalism’s coverage of gun violence prevention issues.)

Milwaukee Police Chief Edward Flynn said expanding background checks to private sellers would not cure all of Milwaukee’s violence, but it would be a step.

“Background checks for private party gun sales would add another layer of oversight that may help keep guns out of the hands of those prohibited from possessing guns,” Flynn said in an email.

But Republicans who run Wisconsin state government have blocked attempts to require background checks on purchases from private sellers. That position is shared by the National Rifle Association, the nation’s most powerful gun lobby, which spent $3.6 million to support Republicans and conservative candidates in Wisconsin between 2008 and 2014, according to the Wisconsin Democracy Campaign.

A 1997 study estimated that 40 percent of U.S. guns are obtained outside of federally licensed gun stores. Updated research from Harvard University and Northeastern University includes soon-to-be published findings that roughly one-third of gun acquisitions today occur outside of such licensed dealers. 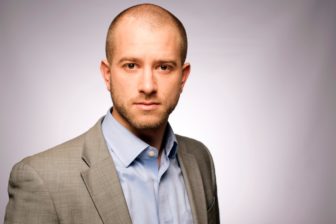 Firearm violence includes two elements, Alcorn said: a gun and a person who poses a high risk of causing harm with it. Background checks act as a gatekeeper, he said, preventing individuals at risk of harming others from accessing guns.

“Criminologists and law enforcement officers say this is … the biggest weakness with the gun laws that we currently have in place because it leaves an open door for prohibited people like convicted felons and domestic abusers to buy firearms without a background check, no questions asked,” Alcorn said.

Dr. Garen Wintemute, director of the Violence Prevention Research Program at the University of California-Davis, has studied various policies for more than 30 years and agrees universal background checks are among the most effective at preventing gun violence. 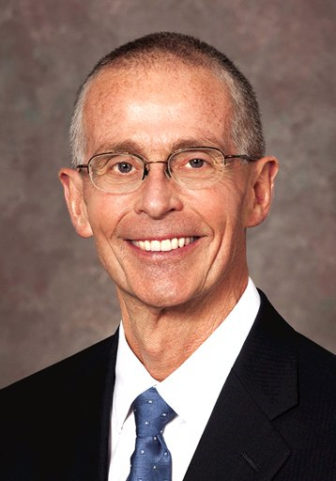 Daniel Webster, director of the Johns Hopkins Center for Gun Policy and Research, also has studied background checks. Webster and his fellow researchers found that Connecticut saw a 40 percent drop in the firearm homicide rate over a decade after universal background checks were enacted. In contrast, when Missouri repealed such a law in 2007, firearm homicide rates rose 23 percent, Webster has found.

The permit-to-purchase laws implemented in Connecticut and repealed in Missouri require buyers to pass background checks and get a license from a state or local police agency to buy a firearm. Some states require a permit for all firearms and some only for handguns. In some states, permit holders must first go through safety training or an exam.

Another Webster study found levels of illegal gun trafficking were about half in cities where the state required background checks for private handgun sales.

But a University of Pittsburgh study this year discovered that most criminals found ways around laws aimed at keeping guns out of their hands. Researchers traced the origins of 893 firearms recovered by Pittsburgh police in 2008. The study found 79 percent of perpetrators were not the legal owner of the firearm used in the crime — bolstering the gun-rights argument that laws do not stop criminals who want guns. Pennsylvania requires background checks for all handgun purchases.

NRA spokeswoman Catherine Mortensen said these types of laws are tantamount to “criminalization of the private transfer of firearms.”

Mortensen cited work by economist John Lott, Jr. In his 2016 book, “The War on Guns, Arming Yourself Against Gun Control Lies,” Lott writes that data from all 50 states from 1977 to 2005 shows murders were 49 percent higher and robberies were 75 percent higher in states with expanded background checks.

Lott is founder and president of Crime Prevention Research Center, a Colorado nonprofit that studies the relationship between gun policy and public safety. The center says it receives no funding from the NRA.

Lott’s influential studies have been disputed by some academics for faulty statistical analysis and allegedly fabricated research. And he has acknowledged posing as “Mary Rosh,” a former student, in posts praising his own teaching and research. Lott has likewise criticized Webster’s research, accusing him of cherry-picking in the study of Missouri’s repealed law.

In emotional testimony before a U.S. Senate committee in 2014, Elvin Daniel described himself as “a Republican, an avid hunter (and) a gun owner” who is “a strong supporter of the Second Amendment, and an NRA member.” Nevertheless, he urged the senators to pass universal background checks and make some “good come out of (Zina’s) death.”

“It is heartbreaking to know that our weak gun laws continue to allow dangerous abusers to buy guns without a background check,” he said.

On June 23, House Democrats staged a sit-in to try to force a vote on a measure to expand background checks and another that would have prohibited people on no-fly lists, including the Orlando shooter, from buying guns. Republican Speaker Paul Ryan of Wisconsin blocked that effort, calling it a “publicity stunt.”

In Wisconsin — where an epidemic of gun violence fueled by illegally obtained firearms is raging in Milwaukee — lawmakers have avoided voting on background checks. Bills introduced by Democrats to expand background checks in recent sessions have died without a hearing.

Republican Gov. Scott Walker has said he opposes expanding background checks. In a written response to questions from the Wisconsin Center for Investigative Journalism, Walker spokesman Tom Evenson said Wisconsin already requires background checks; he did not address the issue of private sales, which require no such scrutiny.

Other top Republicans are mum on why the Legislature has declined to consider expanding background checks.

Email and phone messages sent to Rep. Joel Kleefisch, R-Oconomowoc, chairman of the Assembly Committee on Criminal Justice and Public Safety, also were not returned. He told Wisconsin Public Radio in 2015 that he opposed the Democrats’ bill but gave no explanation.