The King of Subprime Lending 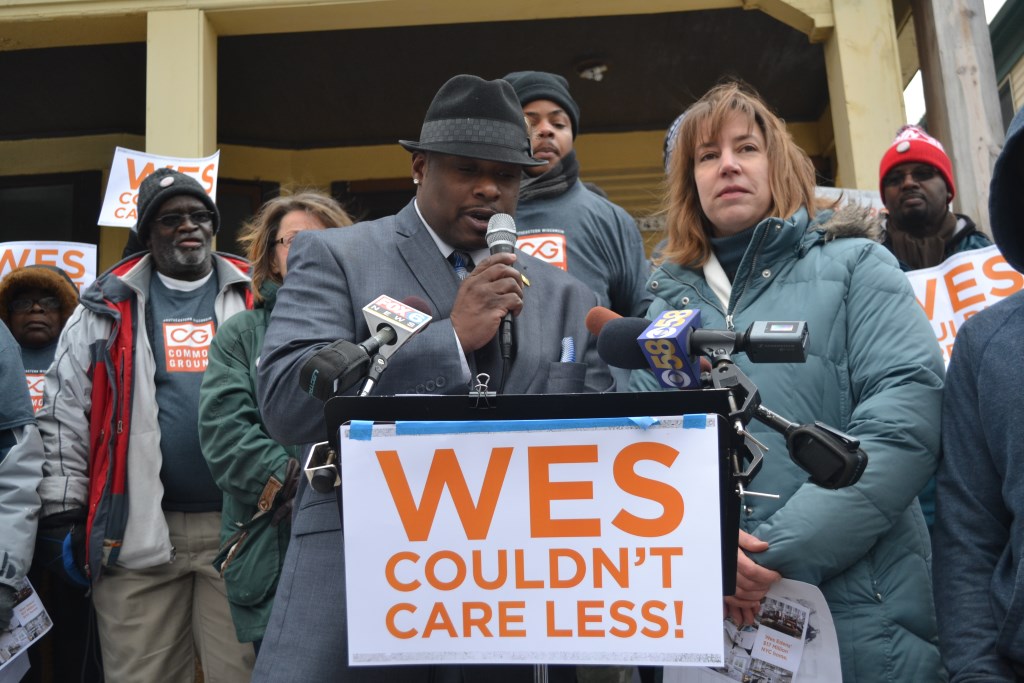 It was back in August 2015 that the Wall Street Journal dubbed Wesley Edens the “new king of subprime lending.” In response, Edens said, “It’s not how I want my epitaph to read, but it’s not a shameful thing helping people finance themselves.”

Yes and no. For some homeowners, it has probably has been a good thing. But for many, as a recent investigation by the New York Times has documented, the takeover of much of the housing market by hedge fund investors like Edens has led to quick foreclosures, lost paperwork and all kinds of new fees.

After the housing crisis of 2008, when the banking system failed homeowners across the nation, “new investors soon swept in — mainly private equity firms,” the story notes. One of these was Nationstar, owned by Edens‘ Fortress Investments. “Since 2012, Nationstar has bought the rights to collect payments on more than $450 billion in mortgages, much of it from Bank of America,” the Times reported.

By buying up foreclosed homes and other low-priced, troubled assets, Edens magically turned $124 million into $3 billion, as the Wall Street Journal estimated.

These “private equity firms, and the mortgage companies they own, face less oversight than the banks,” the Times noted. “And yet they are the cleanup crew for the worst housing crisis since the Great Depression.”

“Nationstar Mortgage, which leaped over big banks to become the fourth-largest collector of mortgage bills, repeatedly lost loan files and failed to detect errors in other documents,” the story notes. “These mistakes, according to confidential regulatory records from a 2014 examination, put ‘borrowers at significant risk of servicing and foreclosure abuses.’”

And unlike banks, “Nationstar wears many hats at once: mortgage bill collector, auction house for foreclosed homes and lender to new borrowers. By working every angle, and collecting fees at each step, the company faces potential conflicts of interest that enable it to make money on what is otherwise a costly foreclosure process.”

The Times tells the story of Normie Brown and her husband, Derrick, a Texas couple who say they were wrongfully foreclosed by the Bank of America.

“The bank paid them $50,000 as part of a broader government settlement over suspected mortgage abuses, and the Browns used that money to fight for their house in court,” the Times reports. “But the couple couldn’t stop their new bill collector, Nationstar, from auctioning off their home. ‘You think all you have to do is show them where they did you wrong, and basically justice will prevail,’ Mr. Brown said. ‘That wasn’t the case.’”

The couple lost their house and has since separated and Brown, “a decorated Gulf War veteran, said he had moved in and out of homelessness.”

One way Edens makes money is by keeping costs down. Government regulators did what was supposed to be a routine examination of Nationstar at the company’s headquarters on the outskirts of Dallas, but found all kinds of problems. That includes “inaccurate information” in customer loan files, and the fact that the company often failed to detect these errors until the foreclosure process was underway. “Some of the breakdowns, the documents said, ‘placed consumers at significant risk of servicing and foreclosure abuses.’”

“Regulators laid the blame on Nationstar, citing deficient technology and a failure to employ enough trained workers as it rapidly expanded to become the nation’s fourth-largest mortgage bill collector,” the Times noted.

Jay Bray, Nationstar’s chief executive, admitted that the company made mistakes, but argued they weren’t systematic.

Edens defended Nationstar, arguing that “so many borrowers were better off” because the company bought their mortgages, and Nationstar had overseen a 50 percent decline in delinquent loans. But as the Times notes, those improvements coincided with a broader recovery in housing.

Nationstar told the Times that, “over the last four years, it has approved more than 172,000 loan modifications that saved homeowners an average of $380 a month.”

Meanwhile, however, Nationstar had “wrongfully terminated” many borrowers. “Over multiple quarters, Nationstar is wrongfully kicking people out of the program, and that’s a real serious concern,” Christy Romero, the special inspector general for the 2008 bank bailout law, told the Times.

And Nationstar also created subsidiaries, like Homesearch and Greenlight, that enabled the company to “control nearly every stage of the mortgage process, posing potential conflicts of interest as it earns fees along the way. Nationstar collects bills and, when people don’t pay, can foreclose on homes. Nationstar earns fees auctioning those homes through Homesearch. Ads on Homesearch, which is now known online as Xome.com, direct bidders to Greenlight.” And “Nationstar can then collect on the new mortgage, bringing the process full circle.”

“Several borrowers said that Nationstar required them to list their homes with Homesearch, even after they had found a buyer through their own real estate agent,” the Times reported. “Any requirement to use a particular auction site, especially one affiliated with the loan servicer, raises serious concerns,” the Connecticut attorney general, George Jepsen, said in a statement the Times quoted.

Whatever the problems and rip-offs of customers by Nationstar, I came away with the sense that these homeowners are better off than they were under the mega-banks that helped create the Great Recession. But it also seems clear the scale of operations of a company like Nationstar is far too big for government regulators to truly monitor. As for the three Times reporters assigned to report this story, they were likely scratching the surface of what is a hugely complicated national story.

In Milwaukee, as research by the advocacy group Common Ground revealed, there were some 300 vacant and foreclosed homes that failed after its owners were sold subprime loans by Nationstar. The publicity over this came in the midst of Edens and his fellow Bucks owners trying to gain hundreds of millions in subsidies from taxpayers for a new arena, and so Nationstar agreed to provide $30 million to Milwaukee to address the foreclosure problem.

But how many other cities faced similar problems of vacant and foreclosed homes but had no such leverage over Nationstar?

In an age of the greatest wealth gap in at least a century, private equity titans like Edens are key members of the super wealthy who own most of America. Edens work in taking over Nationstar and greatly increasing the value of Fortress Investments’ holdings was no doubt a factor in his total annual compensation increasing by 64 percent in 2014 to about $4 million, as the Business Journal cited.

In Milwaukee, we saw the obscene spectacle of Edens, who owned a $17 million dollar Manhattan apartment, asking for help from taxpayers for his Bucks franchise. It’s not that Edens and his fellow owners would have lost money had they paid for the arena themselves. They simply would have made a smaller profit.

Many have noted the willingness of Edens and his fellow owners to pay $100 million toward the new arena. But they were required to do so by the terms of the deal former Bucks’ owner Herb Kohl struck. We have Kohl to thank for this, not Edens. In essence that was a cost of the deal for Edens, and as it turned out, the price the new owners paid was actually low. The franchise is already worth more than they paid.

It was just another case of Edens buying an undervalued asset and becoming all the richer as result. For the many homeowners and taxpayers who lose out, it’s small comfort to say that others might have been even more greedy than Wesley Edens.

6 thoughts on “Murphy’s Law: The King of Subprime Lending”