“Do something about guns,” Flynn Pleads 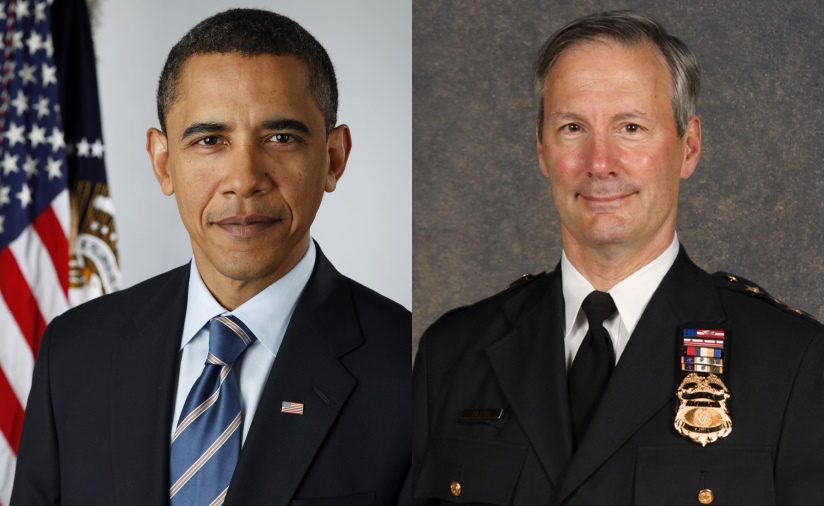 Milwaukee Police Chief Ed Flynn was a guest participant in an ABC News town hall meeting last night headlined by President Barack Obama about race relations and policing. And he minced no words, calling on Obama to use his prestige as president to take on the issue of violence in cities and minority community-police mistrust. “And I think it’s going to transcend the duration of your presidency. Which imposes a special burden on you because of your unique place in history.”

He also called on politicians to do something to address the easy availability of guns, while noting it “requires political courage.”

Addressing the challenge police face in high crime urban areas, he said, “All there is is the police in the community; there’s no cavalry coming.”

In an obvious shot at the Wisconsin legislature, Flynn charged that “many of our cities are in states that are dominated by interests that act like cities are the enemy. State legislatures want to help us. Help us do something about guns.” Flynn has often called on legislators to add sensible restrictions to concealed carry and secondary sales of guns.

“What was that man doing with an assault rifle?” he asked, referring to the Dallas sniper. “I mean, fine, go to the funeral of the five cops but how did that guy get that assault rifle and why did he walk down the street with it and then use it?” In the past Flynn has called on Congress to ban sales of assault weapons and high-capacity magazines to civilians

What with yesterday’s terrorist attack in France and the Republican convention, the town hall has not gotten a lot of coverage, but Flynn was quite eloquent describing the post-Dallas situation in America. The full video of his remarks can be found here.

In “disadvantaged communities of color,” he noted, “crime has not gone down. It’s gone down in some place called America. But in those neighborhoods, there’s easy access to firearms… and there are extraordinary rates of homicide. Nationally, African Americans represent 51 percent of homicide victims. In our cities it’s more like 80 percent.

“It’s an urban tragedy. But the heart of the police dilemma is those neighborhoods that demand our services, need us the most, request us the most, depend upon us us the most, for social or historical reasons, distrust us, and… we can’t protect them effectively if we’re not trusted.

“And so the challenge is, how do we talk about both things at the same time without acting like we’re blaming the African-American community for their victimization or that we’re assuming that all police are racially biased?”

In urging Obama to take on the issue, Flynn drew a laugh from the president in suggesting the two candidates for president are unlikely to constructively address it:

“I don’t think things are going to get enlightened in this election,” Flynn said. “So that conversation is going to have to take place parallel to the election.”

6 thoughts on “Back in News: “Do something about guns,” Flynn Pleads”