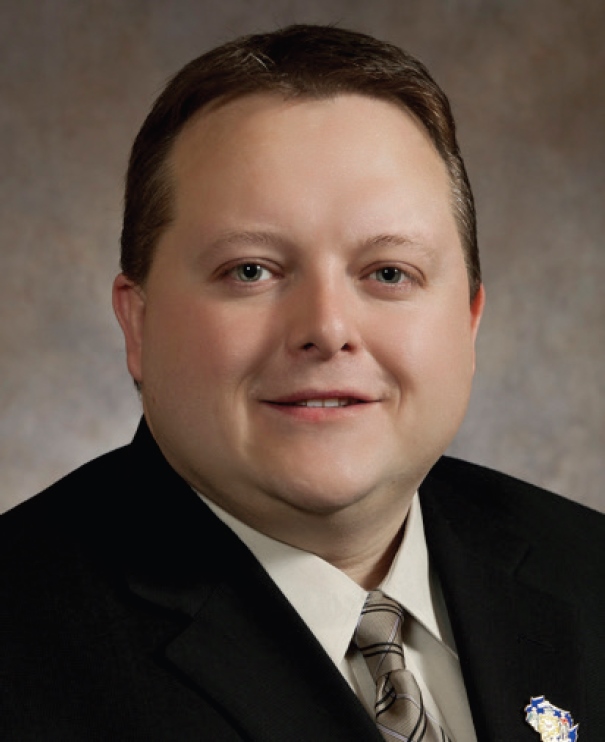 Scott Krug. Photo from the State of Wisconsin Blue Book 2013-14.

One ongoing effort to duck accountability concerns records of communications to legislators. In 2014, a state appeals court ruled that state Sen. Jon Erpenbach, D-Madison, must release not just the messages but the names and addresses of people who had contacted him on a given issue, which he had tried to shield.

“Public awareness of ‘who’ is attempting to influence public policy is essential for effective oversight of our government,” wrote Judge Mark Gundrum, a former Republican state lawmaker, for the court. Citizens have a right to know who contacts elected officials “in favor of or opposed to proposed legislation.”

As a reporter, I have obtained correspondence to lawmakers showing overwhelming public support for failed proposals to toughen drunken driving laws and embrace nonpartisan redistricting. Sheila Plotkin, a resident of McFarland, has documented that lawmakers disregarded the vast majority of input they received on altering campaign finance rules and dismantling the state Government Accountability Board, among other issues. See her website: we-the-irrelevant.org.

Recently, Plotkin has been looking into citizen correspondence to legislators regarding proposed water legislation. The office of Rep. Scott Krug, R-Nekoosa, provided her with multiple records of its own creation that listed the names and addresses of people who wrote in on this issue, with the nebulous notation, “Wants high capacity wells/CAFO’s/ground water reform.”

As she recounts in a web post, Plotkin called the office and spoke to Krug aide Dan Posca, who said this vague designation could mean either that the person was for the identified bill, or against it. It was impossible to tell.

I repeatedly tried to talk to Posca about Plotkin’s post, without success. Krug told me the vague wording was used because “there were hundreds of variations of things people wanted done.” He claimed all of the emails he received were provided to Plotkin, besides the summary records created by his staff.

Not so, says Plotkin, who found multiple instances where the office’s vague record lacked a corresponding email. For instance, she couldn’t find her own email to GOP lawmakers, sent Feb. 3, urging them at length and in detail to “Vote NO on these bills.” The office provided only its internal record, dated Feb. 5, logging a contact from a Sheila Plotkin who “wants … reform.”

What had been perfectly clear was rendered purposefully oblique, to make it harder for the public to see that its input was ignored. For shame.

In fact, Krug and other lawmakers can freely destroy the correspondence they receive, replacing it with their own records or nothing at all, because legislators are exempt from retention rules in place for everyone else in state and local government. According to The Associated Press, Senate Majority Leader Scott Fitzgerald, R-Juneau, deletes his calendar on a daily basis, evidently to keep the people who pay his salary from learning how he spends his time.

That needs to change. Citizens and media should demand an end to this loophole, raising this issue with legislative candidates. State lawmakers do not deserve the ability to destroy public records to protect themselves.

Your Right to Know is a monthly column distributed by the Wisconsin Freedom of Information Council (www.wisfoic.org), a group dedicated to open government. Bill Lueders is the group’s president.

2 thoughts on “Your Right to Know: Some Legislators Still Crave Secrecy”