Property Taxes At Lowest Level Since 1946

By Dale Knapp, Wisconsin Taxpayers Alliance - Jun 20th, 2016 01:27 pm
Get a daily rundown of the top stories on Urban Milwaukee 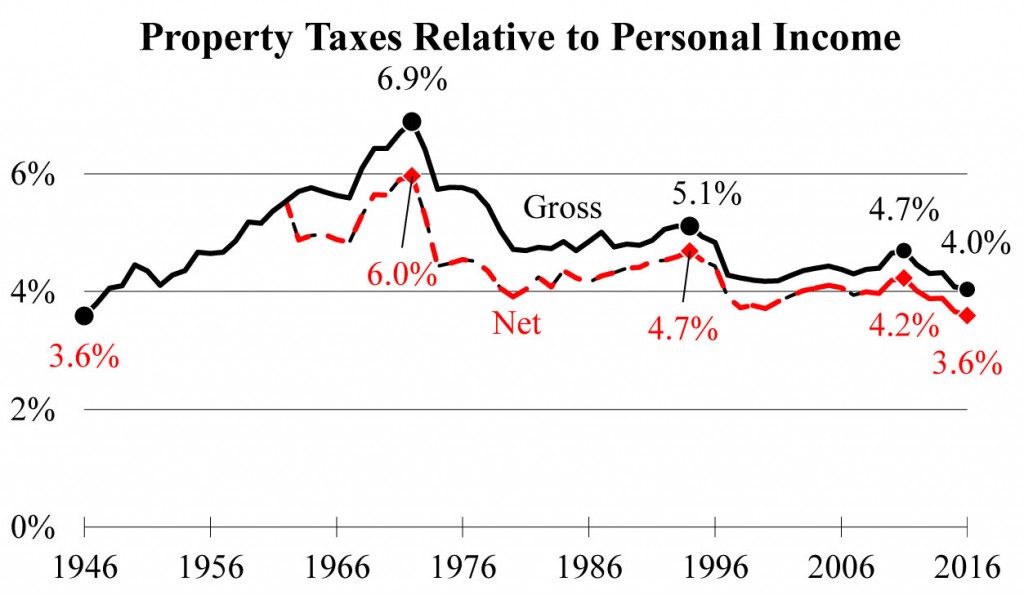 The state has imposed revenue limits on schools since 1993-94 and on technical colleges since 2014-15. It has imposed levy limits on municipalities and counties since 2005-06. These limits were tightened beginning in 2011-12.

In 1997, the state increased school aids about $1 billion, which reduced school levies more than 16% due to revenue limits. It used $406 million to buy down technical college levies in 2014-15.

19 thoughts on “WisTax: Property Taxes At Lowest Level Since 1946”