Am I Just One 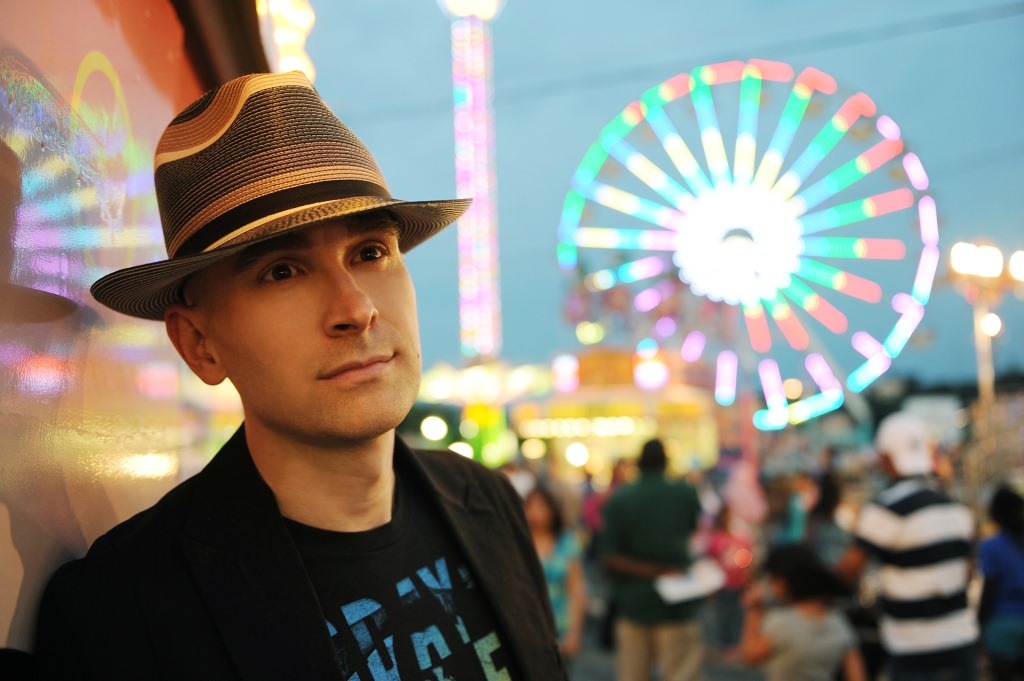 Singer songwriter Carey Ott grew up Ottawa, southwest of Joliet, Illinois and first made his reputation in nearby Chicago, which wasn’t necessarily easy.

“You’re only as good as your last song,” he says, in an interview with Urban Milwaukee. “In that pressure cooker of Chicago, you’re also faced with intense resistance to create. Nashville is laid back in comparison.”

Ott, whose website describes his songs as “evocative pop/rock” with “truly monster hooks in the vein of Thom Yorke, Jack Johnson, and Coldplay,” will be performing on Friday, June 24, at the Sharon Lynne Wilson Center for the Arts in Brookfield. Audiences will be seeing a seasoned performer, who’s been doing music since the mid-1990s, and began his rise after being signed by Dualtone Records in 2006.

That first album, Lucid Dream, included the song “Am I Just One,” which was featured on an episode of the ABC television series “Grey’s Anatomy,” helping boost Ott from the indie circuit into the mainstream.

Ott, like many artists before him, has done most everything while figuring out who he is; he earned his degree, waited on tables, was a banker, but writing music was the one constant in his life.

“I’ve always felt the need to write,” Ott says. “It has always soothed something in me. Like I just had to do it.”

When he was just seven, Ott imitated Prince on his uncle’s string-less blue guitar.

“The main thing I respected about Prince is he never apologized for being who he was as an artist, Ott says. “It seems everyone today is trying to fit in, to be popular. Prince was like, ‘take it or leave it, this is who I am.’”

Ott, now 40, says you commit to your art because you have a responsibility to the cosmos.

“I’ve always connected with all those crazy, tortured artists. You can see the differences between them and other folks. For some of them every piece of art was life or death. I guess that’s always been the case with me. I have never allowed the business end of things to cloud that realization.”

He’s taught music, plays music for his hobby, conducted music workshops in his home studio. “It’s just so healthy for a human being to be creative. It’s worth so much more than money.”

Ott says his older brother Chris showed him a lot on the guitar. “He was playing before me,” Ott says. “Early on I realized playing music was going to be something more than a hobby for me. Something I could lose track of myself in. Forget about every single problem and just practice for two or three hours.”

One band from Chicago that flames the competitive intensity for Ott is Wilco. “Wilco isn’t afraid to take chances,” he says. “They’re all about the music and are very driven, even hard on themselves. That’s part of the Chicago thing—very dedicated.”

Ott says Chicago is the kind of place that gets in your bloodstream. “There’s a heavy vibe there, like you have to constantly prove your worth. This is in music and the acting scene, like Second City. Why people like Chris Farley and John Belushi had to blow the lid off comedy.”

Inspiration for his music comes from everything, Ott says. Even life’s painful experiences. He lost a younger sister in a car accident and says she’s always with him.

“Ultimately, there is more stuff that can flower out of tragedy. I still write songs for her.”

Some say they hear John Lennon in Ott’s song. “My heroes are always changing,” he says. “I’ve always liked Van Morrison. If I can write two or three songs that come close to even sounding like him, I consider that a victory.”

Ott produces music for other artists as well. “The best musicians are the best listeners,” he says. “It’s kind of a crazy supersonic hearing that allows you to tap into the pulse of the groove.”

Another artist Ott admires is Tom Petty and he played in a tribute concert for Petty.

“I chose the song ‘Breakdown,’” Ott says. “I don’t do a lot of tribute concerts because you have to feel the artist. Petty is up there in my top guys. It’s the economy of music, words. It’s what he leaves off the page, unnecessary stuff.”

Other artists on his personal list include Billy Joel and The Beatles. “They have deep, rich soundscapes. It’s a craft of communicating in three-minute pop songs. A writer is always listening, collecting data that might be a lyric.”

If observing is part of what an artist does, Ott says the political climate today is hard to ignore and reminds him of allegiance to sports teams. “When you’re a Cubs fan, that’s it. There’s no way you can agree with a Braves fan. It’s a zero sum game.”

Ott says artists can help us see all this in new ways. People don’t take chances, he says, and that’s the job of an artist.

“If artists can’t change the world, nobody can.”

Ott will be working on that next Friday, in a musical kind of way.

Prior to his show, he will hold a free songwriters workshop from 3:00-5:00 p.m. Advance registration is recommended.

One thought on “Music: Am I Just One”