All in attendance were silent as the nation's ninth-largest bell tolled for the dead. 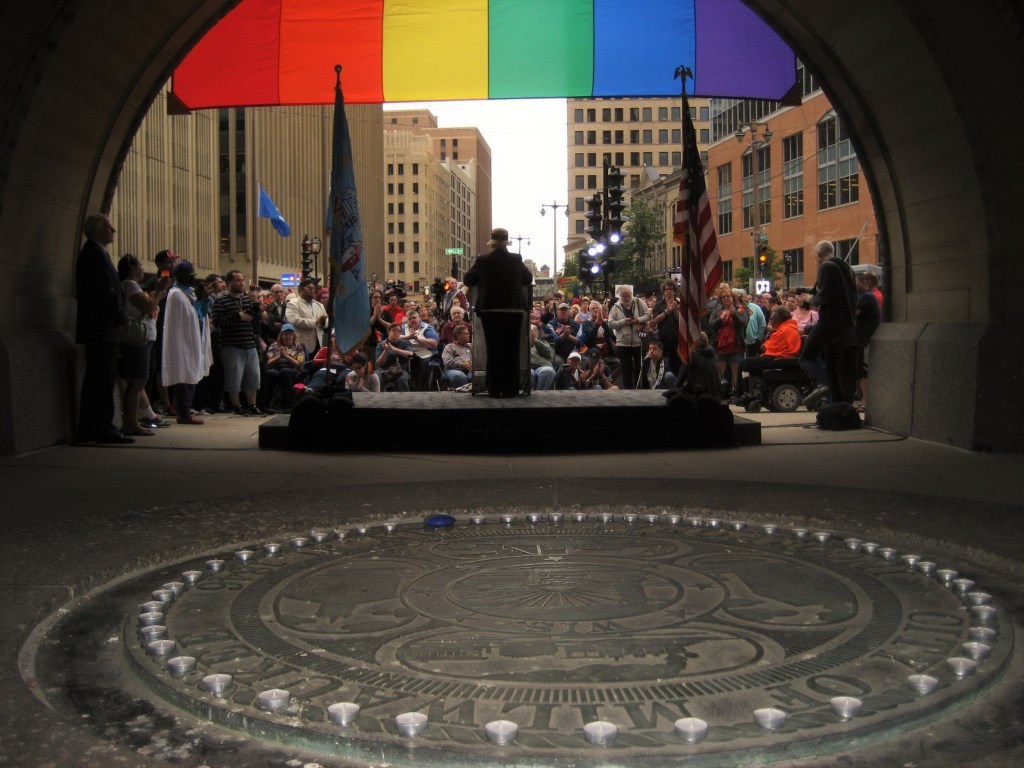 Milwaukee’s City Hall served as the site of a solemn vigil Monday in honor of the victims of the mass shooting in Orlando.

Hundreds gathered at 7 p.m. at the foot of the bell tower of the 1896 building, where a giant rainbow flag hung from Mayor Tom Barrett‘s second-floor office.

Just the day before, the flag had been borne proudly down S. 2nd St., as it is every year, as the stunning finale of Milwaukee’s annual gay Pride Parade.

A podium had been set up in front of the flag, with some seats arranged for attendees. Behind the podium, beneath the vaulted ceiling of the building’s porte cochere, a ring of  50 votive candles — one for each victim — surrounded the giant brass seal of the City of Milwaukee which is centered in the space.

The effect was that of a grotto.

Surrounding the building’s southern end was an arc of hundreds of Milwaukeeans of all ages and races. The photographs in this gallery will show the diversity of the attendees, and the mass respect and dignity that was on display that evening in front of our great municipal building.

After brief remarks by activist Brenda Coley, Mayor Barrett and Karen Gotzler, head of the Milwaukee LGBT Community Center, the audience paused for a moment of silence.

At 7:30 p.m., high in the 353-foot tower that rose above the attendees, the massive bell known as Solomon Juneau slowly tolled in respect for the dead, and as a message of peace and community.

All in attendance were silent, and the closed-off streets, devoid of the usual traffic noise, allowed the sonorous tones of the ninth-largest bell on the continent to reverberate in the heart, the soul and the guts of each one present. 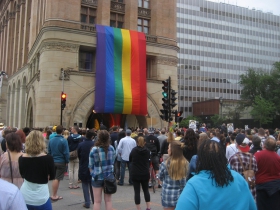 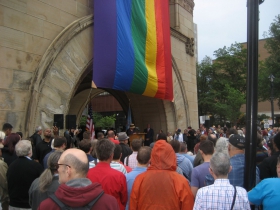 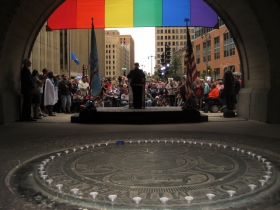 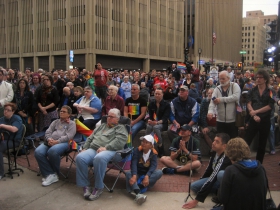 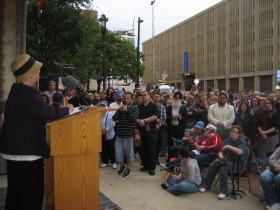 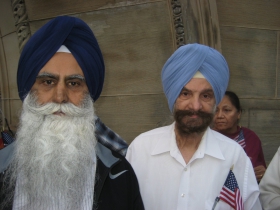