No one would ever accuse Milwaukee County District Attorney John Chisholm of being a sexy politician. Dull as dishwater might be more like it. 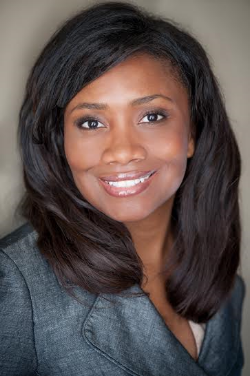 No, this is not your usual candidate for office, and it’s not your usual campaign, either. The effort targeting Chisholm has key support from people outside the county, notably Eric O’Keefe, the wealthy Sauk County-based conservative and longtime Koch Brothers associate who runs the Wisconsin Club for Growth. Yet it also hopes to gain support from black voters. As to how Milwaukee’s stolid, straight-as-an-arrow chief prosecutor has attracted such an odd group of opponents, that’s quite a story, one filled with intrigue and dark money.

First elected district attorney in 2007, Chisholm was a low-key reformer who got good marks from a wide range of people in a feature story Milwaukee Magazine did in 2013. That included Sheriff David Clarke, who described Chisholm as “a straight shooter” whose decisions weren’t driven by partisan motives.

While there had long been complaints that Chisholm’s predecessor as DA, E. Michael McCann was not an aggressive prosecutor of Democrats, Chisholm established a Public Integrity Unit which successfully prosecuted Democrats like then-County Supervisor Toni Clark (for filing a false campaign finance report) and Democratic-leaning Ald. Michael McGee Jr. (for bribery and extortion). Chisholm also unsuccessfully prosecuted Democratic Johnny Thomas, then a county supervisor, for alleged bribery, which conservative radio talker Charlie Sykes condemned as a clear case of “prosecutorial over-reach and poor judgment.”

Chisholm also successfully prosecuted staff who worked for then-County Executive Scott Walker in the first John Doe case. Many expected Chisholm to charge Walker during the 2012 recall campaign, which might have resulted in the governor’s defeat, but Chisholm didn’t. The DA didn’t seem to act like a partisan, which left some Democrats miffed.

Still, Chisholm didn’t even face an opponent in his last race for reelection, in 2012, a measure of how uncontroversial he was. But once Chisholm moved on to John Doe II, investigating evidence that Walker’s campaign for governor had coordinated with independent conservative groups like O’Keefe’s Club for Growth, the DA began to attract a ton of attacks. O’Keefe and Sykes accused Chisholm of conducting a “partisan witch hunt” against conservatives and Republicans — yes, this same man Sykes had accused of over-reach against a Democrat.

O’Keefe launched a series of punishing suits against Chisholm and the Doe prosecutors, including suing them personally for damages. O’Keefe also made common cause with black activists in Milwaukee who were upset with Chisholm for failing to issue criminal charges against Milwaukee police in whose custody black suspects died, and against three white male customers who grabbed and restrained 16-year-old Corey Stingley after he stole some items from a West Allis store, leading to Stingley’s death. While McCann had always convened grand juries in such situations, punting the question of whether to indict to citizens, Chisholm the reformer felt the community was owed a decision by him: admirable, perhaps, but a political mistake that left Chisholm making decisions that angered the black community.

All of which created these strange bedfellows — white conservatives from outside the county and black activists angry about police treatment of African Americans in custody — who threatened to launch a recall against Chisholm. None of Milwaukee’s top black leaders or elected officials were included in this group plotting the recall against Chisholm. These were little-known activists like Tory Lowe and Monique Taylor, who had created a group called Copwatch, “reaching out to other families who have lost loved ones at the hands of police and security officers,” as SocialistWorker.org reported. Also in this group was an outspoken lawyer, Swanigan, who reportedly read the riot act to Orville Seymer, field director of Citizens for Responsible Government, for taking too much credit for the recall effort.

Another key player was Republican PR operative Craig Peterson, who had sold his services to O’Keefe to operate as his liaison in Milwaukee. As Peterson told the Milwaukee Journal Sentinel, O’Keefe is “good at raising [money]; I’m good at spending it.”

Peterson explained that the first thing he spent on was for radio ads to help Sheriff Clarke get reelected. The ads featured the voice of Monique Taylor, identified as a mother and community activist, who recited the names of men who have died at the hands of Milwaukee police and connected this to Clarke’s opponent Chris Moews, a Milwaukee Police lieutenant, though no evidence of his involvement was ever presented.

As it happens, these ads came just a few months after Sheriff Clarke, who had once praised Chisholm, unloaded a fusillade of attacks against the DA.  That certainly would have made O’Keefe feel better about donating money to reelect Clarke.

Monique Taylor, the voice of those ads and one of the activists involved in the threatened recall, popped up yet again as Peterson’s candidate to defeat Ald. Bob Bauman. Peterson had targeted several aldermen for defeat because they had supported the streetcar. Why would O’Keefe care about this? Odds are he didn’t, but as Jane Mayer’s recent book Dark Money has documented, O’Keefe has been tightly associated with the Koch Brothers for years, and they are very anti-streetcar. They were key opponents aligned with Peterson’s effort to defeat the streetcar via referendum, as I reported.

Taylor, who’s gone by two different names and has a flock of court cases in which she was involved, never showed for any candidate forums, and got less than 42 percent of the vote against Bauman. Swanigan, though she’s a smart, articulate attorney, may turn out to be an equally flawed candidate: Bice has been having a field day, also reporting that she submitted an affidavit to a court that she was “significantly physically and mentally impaired,” and thus unable to function as an attorney, and that she filed eviction notices against hundreds of people on behalf of a slum landlord.

Peterson is banking on Swanigan generating a large black turnout against Chisholm, and there is little doubt there’s widespread anger about police handling of African American men in custody. But it’s striking how the same two women seem to pop up in every political effort Peterson touches, suggesting he may be manning a pretty small army.

But Peterson has added others, notably Ald. Mark Borkowski, whom the PR man helped elect. Borkowski has called Peterson “my svengali” and is clearly on track with the mission to punish Chisholm. Borkowski recently launched into an attack on the DA at a city Public Safety Committee, accusing him of “bamboozling” city officials with data. Considering that Chisholm doesn’t work for the city, and was appearing as a courtesy to discuss crime, Borkowski’s attack was remarkable, meriting a slapdown from committee chair, Ald. Bob Donovan, who warned, “Alderman, that’s enough…  please show the respect to the DA that you would expect to get from him.”

The transformation of ex-county supervisor Borkowski, long a modest, likable, moderate conservative, into someone so intemperate that even Donovan disapproves, has been something to behold. Borkowski now seems to operate as Peterson’s attack dog, and has said he doesn’t care if he alienates his colleagues.

Adding to all the distrust and strangeness here is that these attacks are often not about what they seem. Thus in the case of Iowa County DA Larry Nelson, who worked with Chisholm on the John Doe case, dark money was used to run ads suggesting he was soft on crime.  Of course the real goal was to punish Nelson for the John Doe, as O’Keefe explained to Wisconsin Watchdog, the conservative news site he has helped fund, and the ads helped defeat Nelson

8 thoughts on “Murphy’s Law: The Bizarre War Against John Chisholm”