But brace yourself, the skywalks are coming. 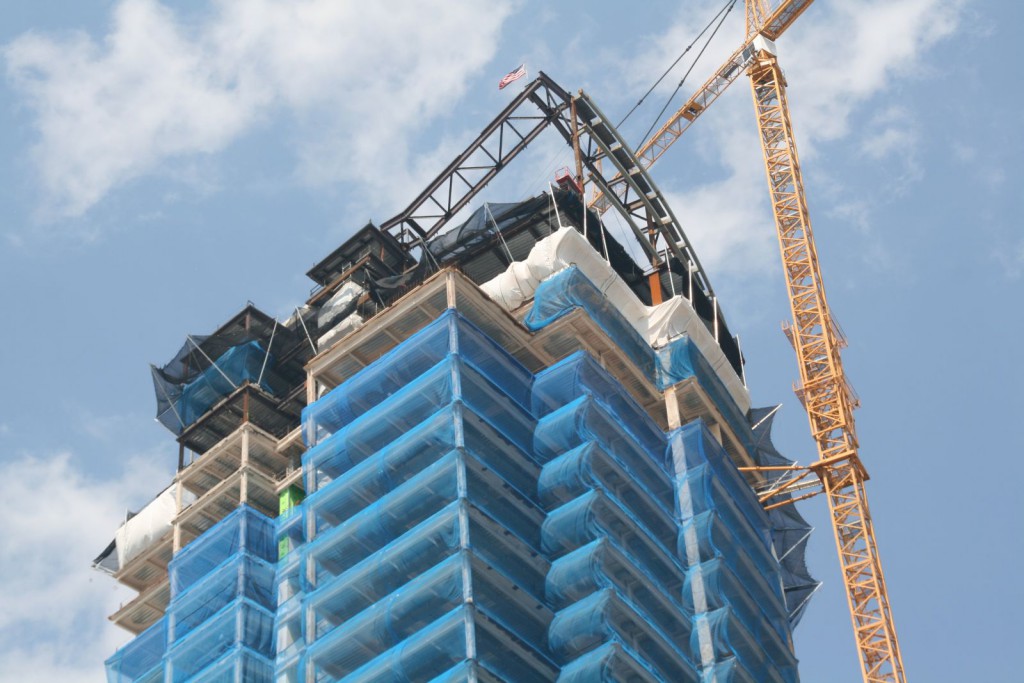 It won’t be long before Northwestern Mutual‘s new tower is entirely wrapped in glass. The installation of the glass facade is moving along as the building reaches its maximum height. When complete the 32-story tower will not only occupy a dominating position in the city’s skyline, but will also reflect the nearby buildings in its curtain wall.

That impressive glass facade isn’t being shipped in from China, it’s being assembled in Milwaukee’s Century City Business Park by Benson Industries. Benson leased approximately 83,000 square-feet of space for the project and employs around 40 people in Milwaukee. The majority of the employees are certified through the city’s Residents Preference Program (RPP), which facilitates job training and employment opportunities to underemployed and unemployed city residents.

As part of their self-financed tax-incremental financing district, Northwestern Mutual committed to having RPP participants work at least 40 percent of the hours on the project. As of March, the insurance giant was exceeding that goal, having employed RPP workers for 44.2 percent of the project’s hours.

Design work on the Northwestern Mutual Tower and Commons is being led by architecture firm Pickard Chilton, with general contracting work taking place under the guidance of a partnership of Gilbane Building Co. and C.G. Schmidt Inc.

Construction of the skywalks that will connect the new complex to the rest of the corporate campus has begun. The first piece of steel that will link the new building with the building at 727 N. Van Buren St. was recently installed, and bracing work for the skywalk that will cross E. Mason St. has begun.

While the skywalks, derided by some as “gerbil cages,” will be deadening to street life, the “Commons” portion of the tower should greatly improve the level of activity in the area versus the old East Building. Plus, as someone who walks to work down E. Mason St. can attest, it’s hard to fault the insurance giant for wanting to shield their employees from winter winds off Lake Michigan.

Construction of the building is expected to be completed in 2017.

Work on the adjacent Northwestern Mutual Apartment Tower is moving along as well. Pilings are being driven under the guidance of general contractor CD Smith following the site’s clearance. In addition to including 324 rental units, the 34-floor building will include 1,400 parking spaces for residents and employees. 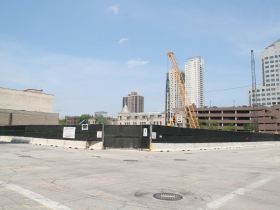 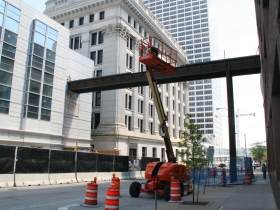 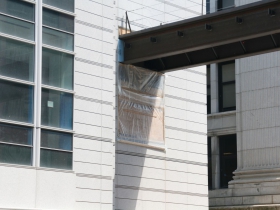 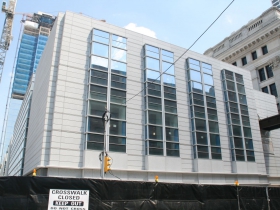 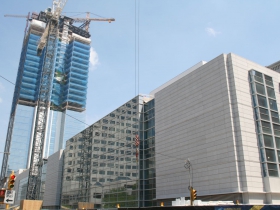 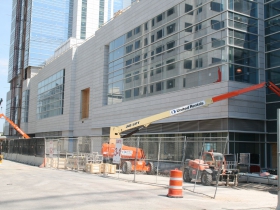