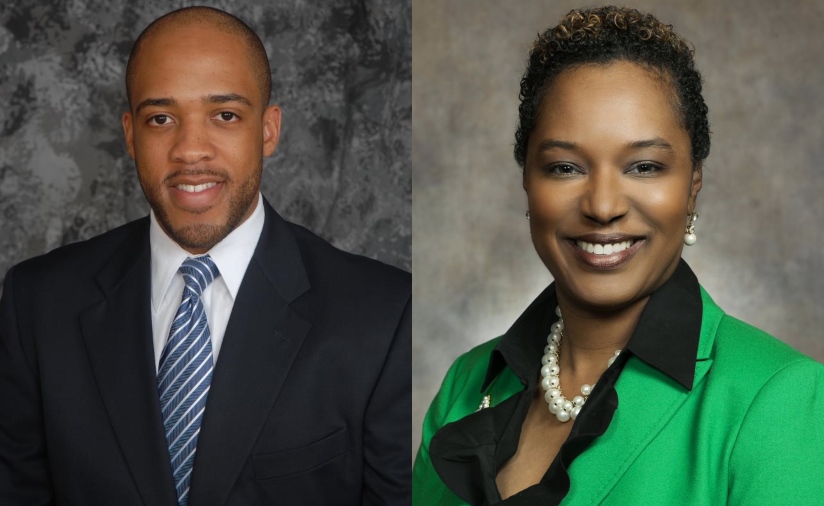 Democrat-versus-Democrat fights are driven by a desire to win again; Republicans have controlled the Capitol since 2011. They also mirror the national fight between Sen. Bernie Sanders and former Secretary of State Hillary Clinton to be the party’s presidential nominee.

One reason no Republican legislators face intra-party challengers is their one-off presidential candidate, Donald Trump. His “me first” campaign has not inspired any of his most avid supporters to try to take out GOP legislators. But as one expert notes, the situation may also reflect the fact that the GOP is a more tightly organized party.

Seven of the eight Democrats who face challengers on Aug. 9 are from the party’s two strongholds, Milwaukee and the Madison-area, so the primary winner is likely to serve in the next Legislature. The eight districts with challenges include:

*Senate District 6 (Milwaukee): Sen. Lena Taylor, a legislator since 2003, is being challenged by one of her district’s Assembly members, Mandela Barnes, who is finishing his second Assembly term.

A member of the Legislature’s budget committee, Taylor summarized her record in a Facebook post last week: “A champion for health care for all, access to those who need it and fairness, economic justice… For the disabled and our seniors I have fought. Against these changes to what works and is not broke I fought during (Gov. Scott) walker’s last budget.”

On his campaign Website, Barnes said: “Politics as usual is failing us. We need a new generation of leaders to transform our neighborhoods and never give up the fight.”

*Assembly District 9 (Milwaukee): Marisabel Cabrera, a Hispanic immigration lawyer who serves on Milwaukee’s Police and Fire Commission, is challenging seven-term Rep. Josh Zepnick, who lost a bid for Milwaukee’s Common Council and was convicted of first-offense drunken driving in November. “It takes a lot to defeat an incumbent who has been sitting comfortably for over a decade,” Cabrera said in a campaign post on Facebook.

*Assembly District 16 (Milwaukee): If he’s re-elected, low-profile Rep. Leon Young would be the longest-serving Assembly member, having been elected in 1992. But Young has rarely been challenged since that first election. This year, three Democrats are running against Young: Brandy Bond, Stephen Jansen and Edgar Lin.

*Assembly District 8 (Milwaukee): The first Latina legislator, Rep. JoCasta Zamarripa, a member of party leadership who was elected in 2010, faces a challenge from Laura Manriquez.

*Assembly District 78 (Madison): First-term Rep. Lisa Subeck, a former Madison City Council member is being challenged by Jacob Wischmeier. Both candidates will try to out-liberal and out-Progressive the other.

*Assembly District 80 (Madison’s southwest suburbs): Rep. Sondy Pope, of Mt. Horeb, an Assembly member since 2003, is being challenged by Luke Joseph, of Oregon. Pope did not have a challenger in 2014.

*Senate District 32 (LaCrosse): Senate Democratic Leader Jennifer Shilling, of La Crosse, a legislator since 2001, faces a primary challenge from Jared W. Landry, of La Farge. But the La Crosse Tribune reported in April that Landry has been charged with several misdemeanors, which could undermine his campaign.

UW-Milwaukee political scientist Mordecai Lee, a former Democratic legislator in the 1970s and ‘80s, cautioned against reading too much into the seven primary challenges to incumbent Democrats.

Lee says Wisconsin Republicans have “an active and involved party apparatus which is cohesive and unified” – a “Republican machine.” So, it’s not surprising none of their incumbents are facing primary challenges.

Lee says the old Will Rogers quip — “I don’t belong to an organized political party. I’m a Democrat” — is especially true in Wisconsin. “Democrats challenging Democrats in primaries  – even with an incumbent – can be seen as somewhat more routine and to be expected.”

Also, Lee notes, Wisconsin’s tradition of open primaries and no party registrations means “anybody who wants to can run for anything.” No Wisconsin party boss can guarantee, or end, a candidate’s career, for example, Lee adds.

Primaries can be healthy, Lee adds. “The culture of good government includes the maxim that the voters benefit from competition. “

No doubt the challengers in these districts would agree.

3 thoughts on “The State of Politics: Democratic Family Feuds”