An Atlas of Water for Milwaukee

Splashy project by international artist Mary Miss will dramatize the role and history of water in Milwaukee. 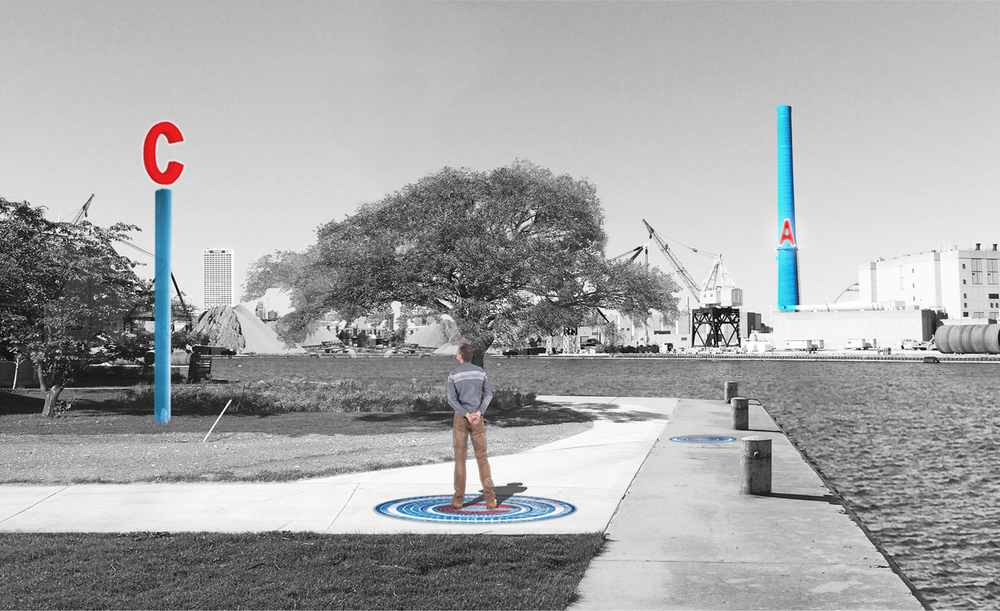 The Global Water Center was the site Wednesday afternoon for an informational presentation by internationally known artist Mary Miss, who has been commissioned to create a unique, water-oriented arts project in Milwaukee. The project, to be called “Watermarks,” will “transform the city of Milwaukee into an Atlas of Water, where a point-by-point mapping of the topic of water occurs at the scale of the city,” as a handout at the press conference explained.

The specifics of the project are intriguing. Miss will literally raise the profile of water in this city by creating a series of giant-sized Google Maps pins, by repurposing old smokestacks in the city, which are typically about 300 feet high, and creating new vertical poles as well, — all sprinkled through the city. These old and new vertical markers will be used to engage pedestrians and passers by in the mystique of water. There will be circular mirrors at eye level that engage viewers with the surrounding environment while conveying thematic messages. There will be brightly painted balance beams for children to play on. There will be information about the history of the site, including ways for those interested to dial up for more background material on the site and the project.

Mary Miss has done projects in China, India, Minneapolis, California, Des Moines and Indianapolis, but the New York-based artist is most renowned for the many projects she has done in her home city and nearby areas like Long Island and Nassau County. “Miss is best known for works which occur in places where the earth meets water: riverbanks, lakefronts, tidal basins, even an old swimming pool,” as a story in Art in America reported.

“A pioneer of public sculpture that integrates urban planning and landscape design, she has created many permanent public projects, the best known of which is South Cove, completed in 1987 at the base of the esplanade along Manhattan’s Hudson River. Bringing pedestrians alongside and even over the water, South Cove also features planting, seating and lighting.”

Milwaukee arts lover Marsha Sehler had met Mary Miss when she was in Milwaukee consulting on a Riverwalk arts project that was completed by others. Sehler thought of Miss when she set out to create a water-oriented arts project for Milwaukee. And that idea, in turn had been prompted by remarks by longtime Milwaukee environmentalist Peter McAvoy at a public meeting in Milwaukee. “He talked about how important water was to the city and said, ‘but people don’t understand it. The general public doesn’t get it and celebrate it. And how can we get the word out and get the story out to people?’”

And so, Sehler decided to take on this task. She contacted Miss to gauge her interest and then starting contacting organizations for initial funding. Ultimately she succeeded in getting funding from Milwaukee Metropolitan Sewerage District, city of Milwaukee Arts Board, the city Department of Public Works, Milwaukee Riverwalk District, Greater Milwaukee Foundation, Bader Foundation and, whew, the Brico Fund. After all that work and with all those groups combined, Sehler raised $80,000 for Miss to do the initial planning.

The project has now won $200,000 from Marquette University’s “Innovation Fund” and the university’s Haggerty Museum of Art will oversee the whole thing.

“The overall objective” of the art project “will be to increase water IQ of citizens throughout the city through place-based experience,” the handout noted, rather than through the abstract experience of reading a book or website summary. The idea is to make the story of water come alive in Milwaukee.

Beyond that are many worthy goals, to promote “experience, involvement and ownership of the space we live in,” to foster “non-complacency and personal responsibility for the water they drink, use and admire,” as the handout noted.

But none of that will happen unless the art engages people and piques their curiosity. Miss will collaborate with local artists, historians and scientists as she has done on numerous previous projects. Her art is multi-disciplinary and all about building awareness of a specific place, including the history and inhabitants, living and dead.

Her work is typically very urban. One such project is a permanent installation at the Union Square station of New York’s subway system; it excavates old mosaics, tiles and signage, and highlights them with frames, mirrors and text. But she is also “all about water,” as one observer at the press conference noted. She may be just the person to tell the story of a city founded at the location where three rivers joined a Great Lake. 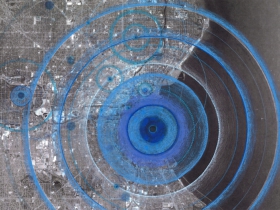 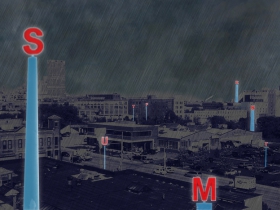 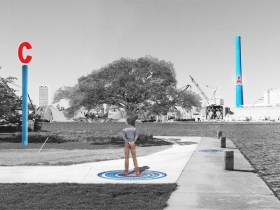 4 thoughts on “An Atlas of Water for Milwaukee”