By Jon Peacock, Wisconsin Budget Project - Jun 2nd, 2016 09:50 am
Get a daily rundown of the top stories on Urban Milwaukee 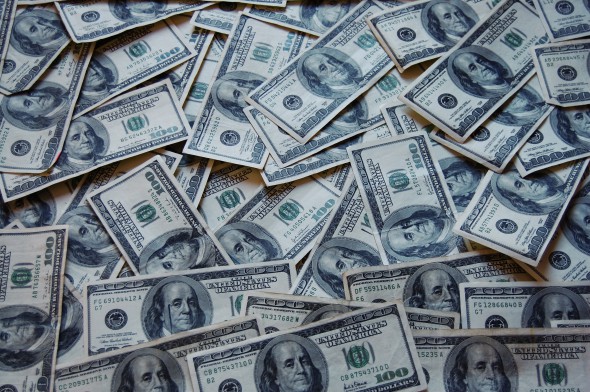 The Legislative Fiscal Bureau (LFB) has calculated that expanding BadgerCare and thereby qualifying for a higher federal reimbursement rate would yield huge savings for Wisconsin.

The most recent LFB analysis, issued last December, examined the effects of boosting the BadgerCare income limit for adults to 133 percent of the federal poverty level (FPL) from 100 percent of FPL now (which amounts to just $7.70 per hour for single parent with one child). The LFB concluded:

Opponents of expansion haven’t directly challenged those estimates. That’s smart strategically, as you will rarely help your position by disputing a careful, nonpartisan analysis by the Fiscal Bureau’s Medicaid experts.

However, a couple of legislators with a history of opposing expansion now appear to be trying to indirectly undercut the projected cost savings. They contend that some other states have not experienced savings through expansion, which shows that Wisconsin made the right decision to set the BadgerCare income limit at a lower level that does not qualify our state for the increased federal reimbursement rate.

To support their argument, they have looked to states like Ohio, which expanded Medicaid and have experienced higher participation rates than they anticipated. That argument fails to account for two important ways in which Wisconsin is in a much different position than states like Ohio:

Another flawed argument opponents sometimes make against expansion is that, because the full federal funding for childless adults would gradually decline to a 90 percent match rate, a structural deficit in future years is possible. As I wrote in a previous post, that’s like turning down the opportunity to refinance your mortgage if you learned that the initial savings of $100 per month would decline over a few years to $90 per month.

The LFB memo indicates that even after the federal match rate declines to 90 percent (well above the current 58% rate), Wisconsin would still save an estimated $171.6 million per year in 2021 and beyond. The fact that the savings would gradually decline is not a logical reason to oppose expanding BadgerCare; it’s a reason to plan ahead and use the savings prudently.

The following graph shows the fiscal effect of expanding BadgerCare to 133 percent of FPL next January, and at the same time using part of the savings to undo the $125 million per year cut to the UW System. The graph illustrates that if lawmakers put aside the remainder of the savings, state budget reserves would grow by $271 million over the next five fiscal years. 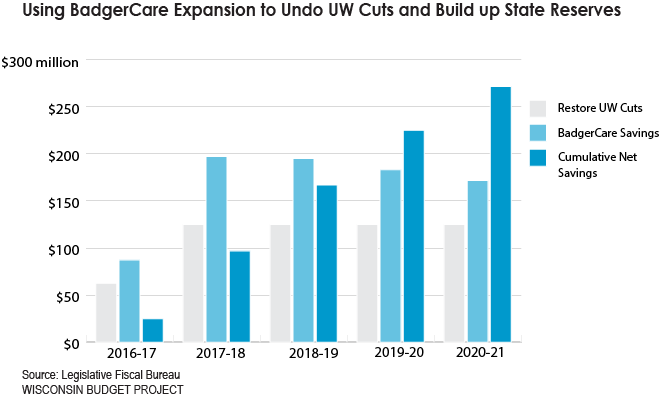 The LFB is a trusted resource for Wisconsin and they are very prudent and thoughtful in their analysis. I’m confident that if legislators ask the Fiscal Bureau to use new data – based on the most recent enrollment trends in Wisconsin and the experience in other states – the LFB will take the latest numbers into account and once again conclude that expanding BadgerCare would yield a very large net savings.

I commend these legislators for engaging in a debate about the costs and potential savings of Medicaid expansion and what we can learn from empirical evidence. It’s exactly the kind of debate we will need to have over the next year as Wisconsin faces serious budget challenges. If legislators look honestly and without bias at the data, they will see the substantial savings from a modest expansion of BadgerCare.