Humboldt Once Part of a Separate Village 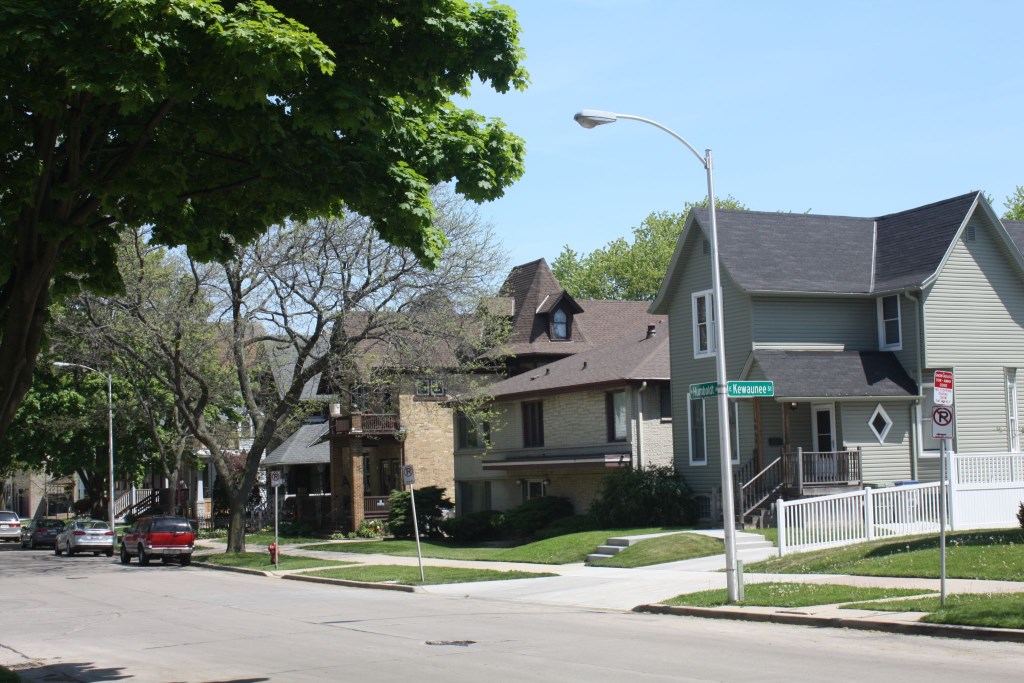 North Humboldt Avenue was named because it connected the city of Milwaukee to the tiny village of Humboldt, which was located on the west side of the Milwaukee River at Capitol Drive. The river at that point drops 16 feet in a short stretch, a perfect place for driving mill wheels. In 1834 Daniel Bigelow began a year-long project of building a dam and saw mill there. A small community named Mechanicsville developed around his mill.

Mechanicsville languished because of the difficulty in getting its products to the city. The future Humboldt Avenue was just a trail at the time and the trip via the river was blocked by the dam at North Avenue.

In 1850, Mechanicsville was replaced by the Village of Humboldt. The new community’s boundaries were roughly E. Capitol Drive south to E. Vienna Avenue, and N. Richards Street east to the river. It was named for Alexander von Humboldt, one of the best known Europeans of the time. Humboldt’s fame came from his work as a scientist, naturalist, geographer, and explorer. He was born in Berlin, Germany in 1769 and died there in 1859. During his early life he travelled throughout Europe, observing the life and forms of the continent, and later continued his work in South and North America. 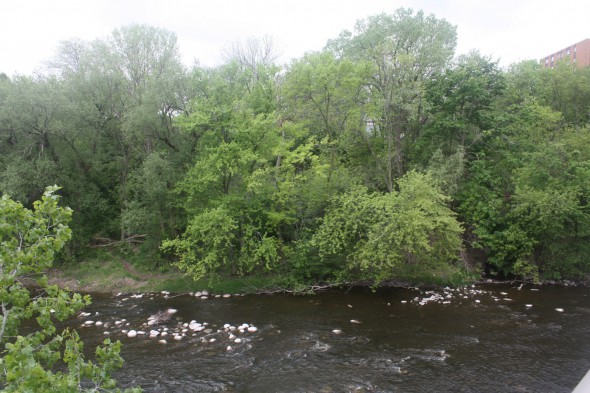 Trees on the bank of the Milwaukee River where the Village of Humboldt was located. Photo by Carl Baehr.

Further reflecting its Germanic heritage, the Village of Humboldt’s streets carried Teutonic names: Schiller Street was named for poet and playwright Johann von Schiller, Liebig Street for the chemist Justus von Liebig, and Liebnitz Street for the Austrian city. None of these street names have survived.

Mills were constructed for papermaking and flour processing. A few small manufacturing concerns as well as a distillery were opened in the new village. In 1851, the important work of linking the village to Milwaukee began when the Milwaukee and Humboldt Plank Road Company was incorporated. It took a year to plank the road between Capitol Drive and the Milwaukee River south of North Avenue. The road seemed to assure a bright future for the village. By 1862, its population had risen to 400 people, mostly German immigrants.

But that was its peak number of residents, and a fire in 1868 destroyed the paper and flour mills, a setback that spelled the end of the community. By the 1880s, almost no trace of the village remained and the area turned into farmland.

In 1855, a bridge over the Milwaukee River at the south end of the Humboldt Plank Road was constructed. While the plank road had been built in a year, the street running south from the bridge, and then known as Racine Street, took much longer to construct – thanks to Mrs. Mary Donahue.

In 1887, city fathers decided that Racine Street should run continuously from the bridge south to Ogden Avenue. At the time there was no street between Pleasant and Lyon Streets, so residents living where the street was planned would have to move. Officials assessed the value of their land and buildings and offered to pay them the assessed value. All of them accepted — except 75-year-old widow Mary Donahue.

The Widow Donahue did not think the offer of $5,800 was enough for her land with two buildings on it. She claimed the value was $12,000 and she would not accept less than $10,000. One newspaper referred to her main building as a neighborhood landmark, describing it as an “old tumble-down two-story frame house formerly used as a grocery store,” but that probably did service in Solomon Juneau‘s time.

Donahue had her attorney file an injunction to stop the city from taking her land and the sale was temporarily stopped. When the city condemned her buildings and offered them for sale at public auction, she was able to legally stop them again. The injunctions, restraining orders, Common Council meetings, assessments and reassessments continued until Donahue’s death seven years later at the age of 82. City officials must have breathed a sigh of relief at her passing, until they found that her final words to her son included the dictum, “John, fight the city.”

The city’s offers had increased over the years, going from the original $5,800 to $6,000 and then to $7,000. After another year of legal fighting after her death, the city made its final offer – $8,000. John Donahue, heeding his mother’s directive, was reluctant to settle. But when the Common Council made its final, final offer of $8,500, John and his siblings accepted, ending what the newspapers called the longest battle over a piece of property in the city’s history. The buildings came down and Racine Street was extended to Ogden Avenue in 1895.

In 1934, Racine Street was renamed N. Humboldt Avenue and the street now runs uninterruptedly for 3.3 miles, from E. Ogden Avenue to several blocks north of Capitol Drive. A block north of North Avenue, a median was added to the road, and that section now goes by the name of N. Humboldt Boulevard. 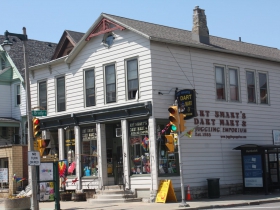 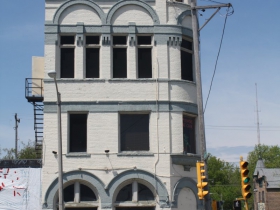 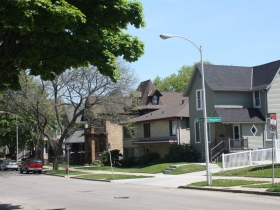 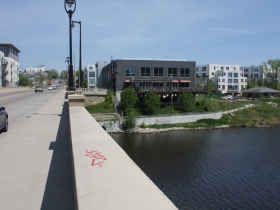 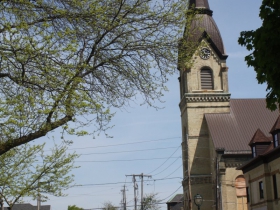 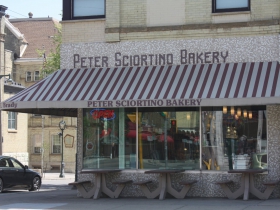 2 thoughts on “City Streets: Humboldt Once Part of a Separate Village”