This is just in front of the bank building that would become the County Historical Society. 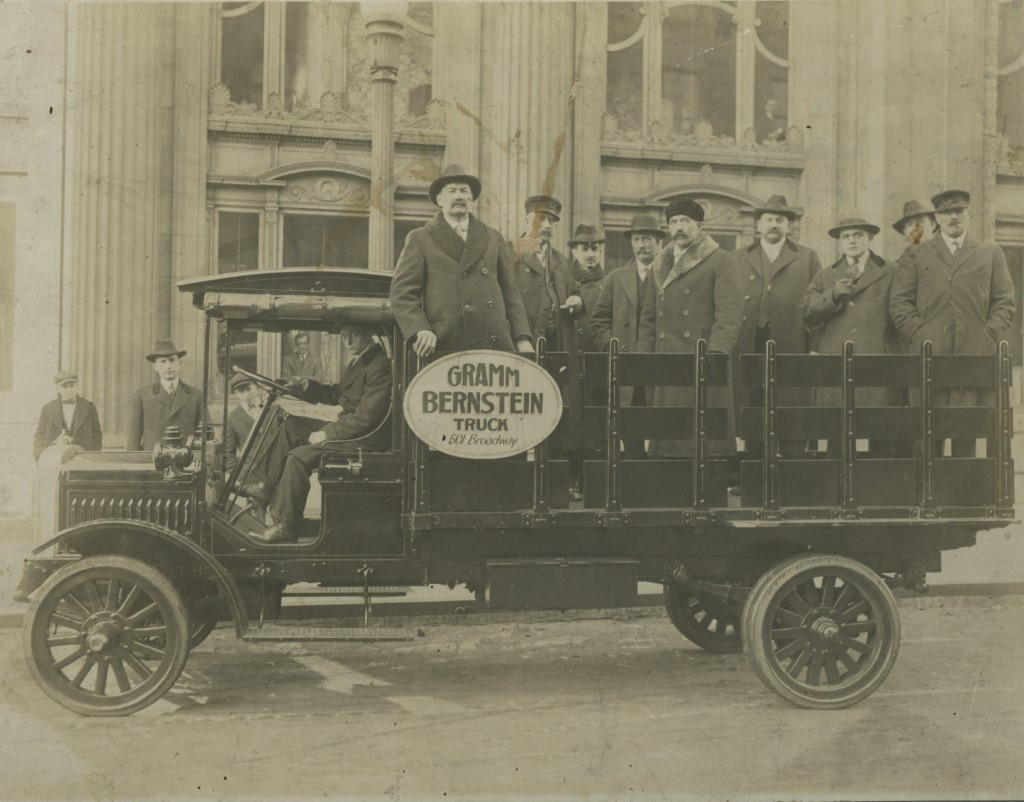 This is another example of an early delivery truck in Milwaukee. This is a view produced by commercial photographer George Carney, whose business had an address at 268 W. Water St. and who shot a variety of photos beginning as early as 1904, when he served as the press and convention photographer for the American Bottlers Protective Association held in Milwaukee that year. This photo was probably taken in 1916.

The building behind the truck pinpoints the location of this view. It is the Second Ward Savings Bank, now the home of the Milwaukee County Historical Society. It was designed by Kirchoff & Rose architects in 1913, and is a a beautiful example of French Renaissance Architecture. Kirchhoff & Rose was an architecture firm that started in 1894 and built many prominent buildings in Milwaukee, including businesses, theaters and homes. Those included the Majestic Office Building and Theatre, Palm Garden, Schlitz Hotel, J.E. Uihlein’s Home on Lake Shore Dr., the Herman Uihlein House and Pawling & Harnischfeger’s Plant. Much of their work was for various members of the Uihlein family, who owned the Schmitz brewery. The firm also built the famed Palace Theatre in Manhattan.

The truck is a Gramm-Bernstein, manufactured c. 1916, just three years after the bank was completed. The address 501 N. Broadway is that of a Gramm-Bernstein dealer. The Gramm-Bernstein Company, also known as the Gramm Truck Co., was a truck and automobile company in Lima, Ohio which operated in the early 20th century. The company was an early manufacturer of power wagons and advertised 1, 2, 3, and 5 ton models with “any style of body desired.” Vehicles were sold through the Willys-Overland Motors, which later created the popular Jeep.

The address for the Gramm Bernstein dealer,  501 Broadway, is now located just south of Kilbourn and on the west side of the street. 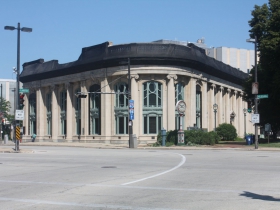 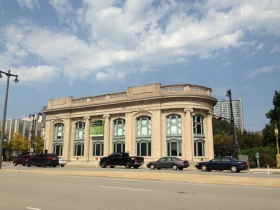 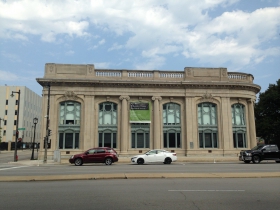