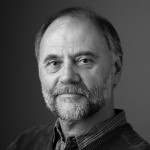 There’s never been a shortage of ideas on how to tap into the waters of the Great Lakes. The world’s largest source of fresh surface water — if spread evenly across the land, the Great Lakes would flood the entire continental U.S. under nine feet of water — these “inland seas” have been seen as a bottomless well for decades by thirsty politicians and clever entrepreneurs.

The latest is a plan by the city of Waukesha to divert million of gallons per day from Lake Michigan through Oak Creek’s water works, then return the same amount of treated wastewater to the lake through pipelines and the Root River, which empties into downtown Racine. A deep aquifer that supplies Waukesha with much of its drinking water has been contaminated with radium since the early 1990s, and, by a court order, must comply with EPA standards by June 2018.

The Waukesha proposal is the first application of its kind under the Great Lakes-St. Lawrence River Basin Water Resources Compact, a 2008 binding agreement passed by Congress that gives the eight Great Lakes states and two Canadian provinces (Ontario and Quebec) authority to manage the Great Lakes basin. Representatives of the Great Lakes governors and Canadian premiers have been debating the merits of Waukesha’s request since it was submitted in January.

Waukesha’s plan is being watched closely across the region and beyond. While the compact restricts water diversions, it allows a few exceptions. Communities and counties that straddle the basin’s boundary line can apply for a diversion, and communities within a straddling county, such as the city of Waukesha, can also apply.

The compact identifies 68 straddling counties throughout the eight-state region. Future diversions would be especially feasible to straddling communities and counties where the boundary of the basin cuts close to water’s edge, principally in Illinois, Indiana, Ohio, Pennsylvania and Wisconsin.

Which worries opponents of the Waukesha plan.

“There is a history in the United States of self-determination and self-governance in the area of water rights” by the states that border the water bodies, says Molly Flanagan, vice president of policy at the Alliance for the Great Lakes. Dozens of interstate water compacts have been written to control water flow, floods and pollution. The Great Lakes compact, however, is the first binding agreement to manage the Great Lakes basin. “The Waukesha diversion could undercut that long history of governing water rights.”

As I reported last week in an article for theatlantic.com, revisions to the application have been prescribed by the review panel. But lingering questions remain about the application, which will be fine-tuned by the review panel again on Wednesday before it’s forwarded to the Great Lakes governors for a final vote in June. (Approval requires a unanimous vote by the governors; Canada’s representatives act as advisors and do not vote.)

In meetings I attended in Waukesha and Chicago, the governors’ panel raised questions about the amount of water requested by Waukesha, and the water supply area that would be served. Waukesha originally proposed pumping up to 10.1 million gallons per day by 2050 to an expanded water service area that included portions of the city of Pewaukee and the towns of Waukesha, Delafield and Genesee.

Critics saw supplying water to the outlying communities as a water grab that would lead to more urban sprawl. And last week, to the disappointment of Waukesha officials, the governors’ panel cut the amount to 8.2 million gallons per day and trimmed the water service area to basically include only the city of Waukesha.

Yet, even as the outlying parcels were stripped from the proposal, environmentalists questioned why the governors’ designees hadn’t scrutinized the return-flow of water more rigorously.

Waukesha says its return-flow discharge will improve stream flow and quality to the Root River, with stricter permit limits than existing discharges to the river.

But opponents argue the wastewater discharge would further pollute the already impaired river. The return-flow through the Root River and ultimately to Lake Michigan will contain pathogens and viruses, as well “chemicals of emerging concern,” such as discarded prescription drugs and personal-care products, which are inadequately treated or regulated by Wisconsin and could raise health risks for those who use the river and Lake Michigan beaches.

If the diversion is approved and more straddling communities and counties seek diversions, “the end result is not so much an immediate impact on water levels in the Great Lakes, but the return-flow impacts to the lakes — bringing in entirely new sources of pollutants from totally outside the basin,” says Peter McAvoy, a Milwaukee water attorney. “You’re talking about wastewater from a community of 70,000 people, from residential, industrial, commercial sources, and bringing it into the Great Lakes basin from the Mississippi River basin. That is new, that is precedent setting.”

The precedent could weaken the compact, say opponents, opening the door for water-thirsty states in the West and South to make a case before Congress that, because the compact is a federal law, water diversions beyond the basin would be in the national interest.

As one opponent puts it, “States outside of the Great Lakes region will say ‘You guys really aren’t serious about protecting the Great Lakes. You’re all about fueling growth outside the Great Lakes basin, and therefore you ought to allow us to have some of that water, since our needs are so much greater.’”

Racine Mayor John Dickert told me officials in two Arizona communities have already contacted him regarding the possibility of building a Keystone-like pipeline from Lake Michigan to the desert. And there have been no revisions in the Waukesha proposal that would prohibit other Waukesha County communities from applying for diversions. Brookfield and Pewaukee, for example, also have radium in their water supplies.

Further muddying the proposal is the deep political divide between Milwaukee County, dominated by the majority-minority city of Milwaukee, where record unemployment besets the African American workforce – and its polar opposite, Waukesha County, conservative, affluent and racially segregated. (African Americans make up 2 percent of Waukesha County’s population.)

Waukesha officials say the intent of the diversion is to build a new water supply, and insist that an expanded service area would, in the long run, justify the $207 million cost to build pipelines and pumping stations, as demand rises in outlying areas.

Some critics, however, say an underlying aim is to fuel development in Waukesha County, shore up its suburban base, and keep it economically exclusive and politically conservative.

Political comparisons can be made to the Detroit metro area, where race and class has had an impact on water supply systems and costs, says Nicholas Schroeck, director of the Transnational Environmental Law Clinic at Wayne State University.

“Where I sit here in Detroit, we have a very similar history,” he says. “The Detroit wastewater and sewerage district grew to be this very massive water supply and wastewater treatment system that went all the way up to Flint, Michigan, and all the way over to Ann Arbor. The city of Detroit had agreed over the years to expand water to all these customer communities, which all are predominantly white, affluent communities, and the city of Detroit is a majority-minority city with a lot of very poor residents. Over time that led to all sorts of conflicts.”

Disputes arose about how Detroit set water rates, and allegations of partisanship and malfeasance were made. “That led ultimately to the situation in Flint, where now we have this water crisis,” Schroeck says, “because Flint and Genesee County wanted to get off the city water system and create its own water supply, getting water from Lake Huron. But what precipitated that was this mistrust and lack of regional policymaking for water in Michigan. With so much money involved, right or wrong, people will often use water, which we all need, as a political cudgel to try and get what they want.”

As the affluent suburbs of Detroit got on the city’s water system, urban sprawl erupted. “We’ve had crazy growth in suburban communities, and that led to the depopulation of the city of Detroit,” says Schroeck. “A lot of that sounds like what’s happened in the greater Milwaukee area.”

Returning an equal amount of water to the basin is mandated by the compact. Yet, say opponents, exceptions like the Waukesha application could lead the compact down a slippery slope.

“If an application that fails to address the requirements of the compact in so many ways is approved, that to me would amount to a precedent that essentially all straddling counties around the Great Lakes are sort of automatically approved for full development,” says Dennis Grzezinski, an environmental attorney in Milwaukee. “I’m not sure the compact means much if that’s the case.”

Kurt Chandler, the past editor of Milwaukee Magazine, is a former newspaper reporter, magazine writer, and the author of several books. He lives in Wauwatosa.