For 60 years it's featured duck-pin bowling, the last such place in town. 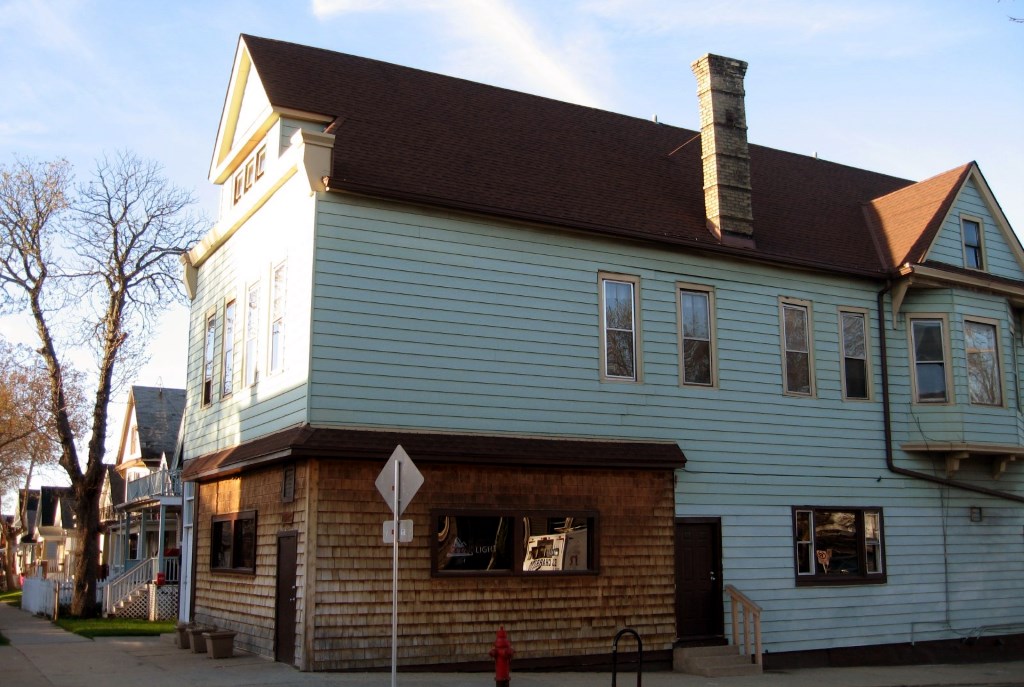 For more than six decades this corner tavern overlooking Kosciuszko Park has offered four lanes of duck pin bowling for its patrons.

This swift, high-scoring sport utilizes squat little 10 inch pins that give the game its name. You knock them over by rolling a 3 lb ball over 17 feet of maple-surfaced lane. The pins are re-set by a nimble teen-aged worker who has to climb up on a little perch when the pins are flying.

This human touch in the form of what must be the most graceful of entry-level jobs, elevates the sport to an art. The noise made when the pins drop is a pleasant sonic counterpart, and doesn’t have the crashing intensity of “Big Bowling.” It’s more of a gentle clunking, like some stumbly Dutch grandma clambering around the attic in her wooden shoes. 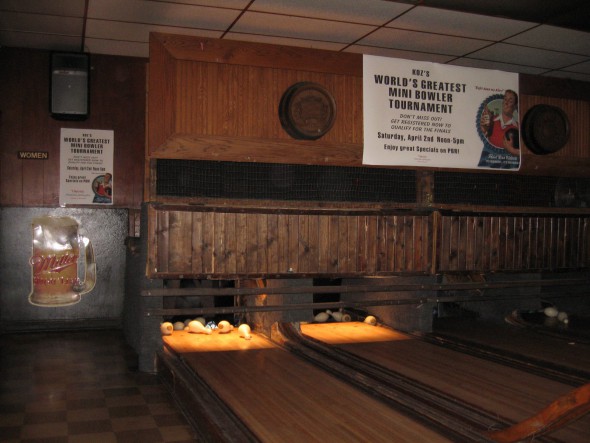 The lanes. Photo by Michael Horne.

The four lanes are crowded into a mere 15-foot width, and with the little nook for the pinsetter, the lanes are a total of 20 feet long. This eats up a fair amount of space in the single-room, 2,055 square foot tavern located in a corner building that is 67 feet long and 28-and-a-half feet wide.

The first thing that greets you at the bar is a pool table in fine condition. It overlooks the park across the corner in this otherwise nondescript working class area. The bar is just beyond, on the north wall. It is 28 feet long, with a fabulous old back bar and a very old cooler of fine, mellow oak. Perched atop the old cooler is the forward portion of a lion, wearing a Pabst hat on his mane. The back bar cooler doors were refinished in birch at some distant point, and they add a touch of lightness back there.

Turning away from the lion, you notice a wall of very old tools perched above the window by the pool table. To the east, toward the bowling alley, ledges hold all manner of old stuff, including some nice Blatz collectible pieces. A chromolithograph of Lincoln in an old frame is quite possibly 150 years old.

The building itself dates to 1890, when it was built as a saloon, dining room and dance hall. The saloon remains as the bar, the dance hall is now the bowling lanes and the dining room is now where the bowlers sit and socialize as they wait their turns. You don’t need special shoes for this game, and you really don’t have to get up much steam to propel the little ball, so the space requirements are minimal. 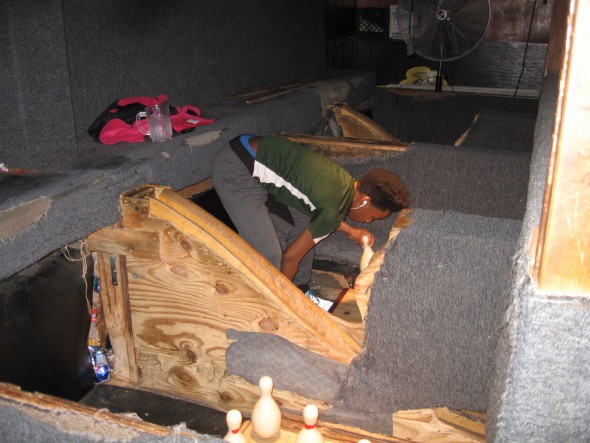 The bowlers tend to be from corporate parties, family celebrations and other more-or-less organized activities. Reservations are required so they can round up some kid to pinset. It was a young woman at the time of this Bar Exam, and her moves were flawless, fluid and without fault. This is a job you have to do bent over, in cramped quarters (nine square feet) while as many as ten pins and for sure one ball are at your feet. You can’t just drop the pins from their necks onto their respective marks on the lane. You kind of have to rock them into place from their bases, using gravity to help the task along, like a mother duck nudging her ducklings.

The ceiling above is a suspended one. The white of the tiles contrasts vividly with the brown of the grid. The brown is the nicotine stain that had developed over the years. It patinates certain of the wall surfaces and a whole lot of the stuff on the ledges to this day.

You will also note medals and commendations for the military service of DuWayne Roger Kosakoski, who opened this bar as Koz’s Mini Bowl in May, 1978. He earned two Purple Hearts and a Bronze Star in Vietnam. He died of brain cancer at 55 in 2002. It is run by his widow Carol and son today. 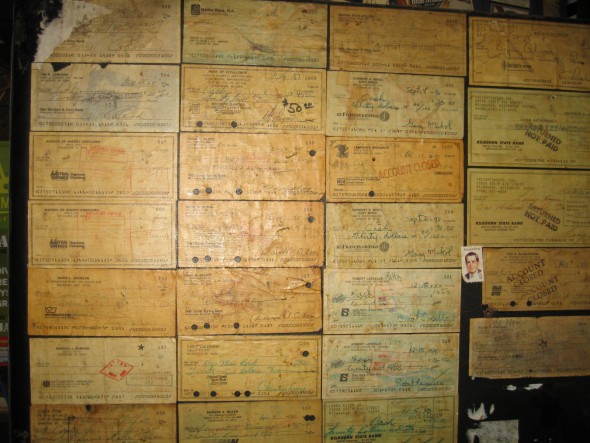 Among the artifacts in the bar, and they are numerous, is a surface of very expensive wallpapering. Here are posted, and varnished into place, dozens of bum checks cashed by DuWayne over the years, and never redeemed by the (most likely) former customers.

Before it was Koz’s, the place was operated as Mike’s Park View Bowl by a fellow known as Mike Lakic. He bought it in 1971 from the originator of the duck pins here, his brother-in-law Bosko Kresovich. As far back as 1903, an addition was built on the existing structure, setting back Wanda Jagodzinski $500. This appears to be the now-bowling alley portion, then a dance hall. In 1934 the entry to the building was in the center, but was moved to the corner that year as Casimir Budziszewski took out two show windows and replaced them with triple windows, as part of a post-prohibition improvement program.

In 1947 a short circuit on the Fourth of July in the electric refrigerator cooler caused a fire on the first floor. The loss was $2,000, and the re-facing of the cooler doors may have dated to this time, as might the Formica bar furniture found here and there.

The Journal Company Builds a Garage

In addition to today’s pin setters, this location has had a long history of providing employment opportunities for adolescents. In March 1941, a permit was issued to construct a 14-foot by 22-foot garage in the rear of this lot.

In almost every instance, garages are constructed by the property owners, but this one was constructed by a tenant, the Journal Company, which operated dozens of similar shacks throughout the city for the distribution of its afternoon paper. Kids would get off school, go to the shack, bundle up the papers, put them in their sacks and distribute them virtually door-to-door, so wide was the circulation of the Milwaukee Journal at the time. Most papers today are distributed by retired folks, but pinsetters — those are always going to be young folk. Just try it some time. 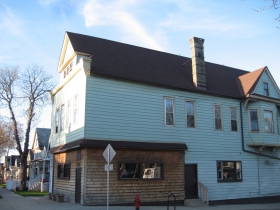 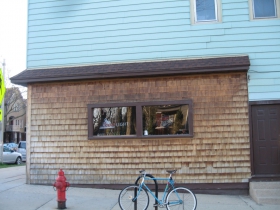 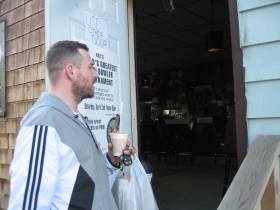 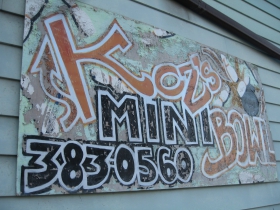 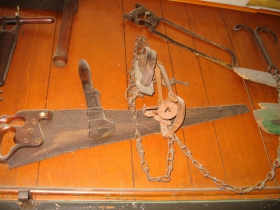 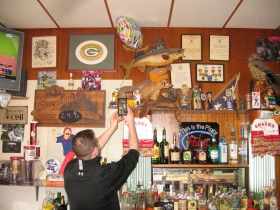