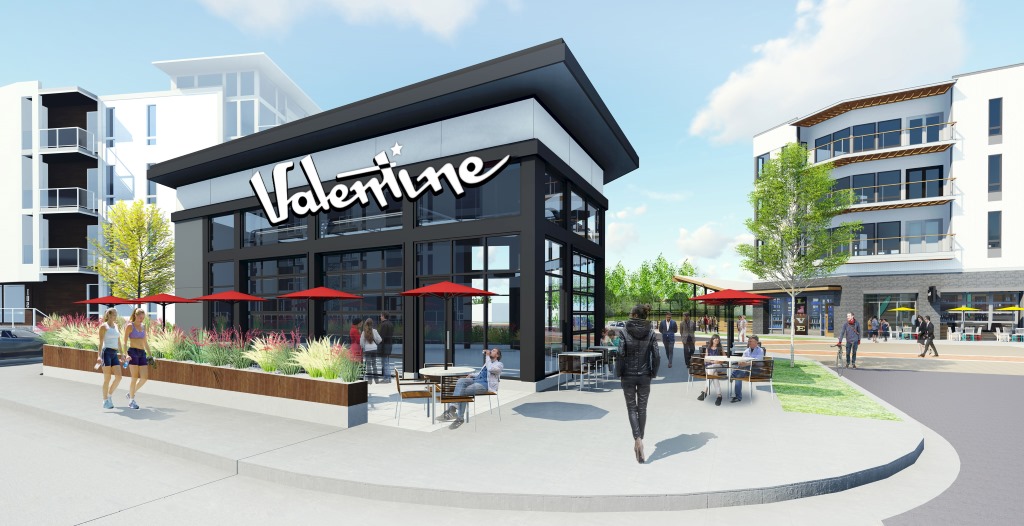 The juice bar, currently located at 1749 N. Farwell Ave., that has been selling fresh pressed juices since 2012 is in the process of moving to a new location. Juiced will be located in the same warehouse that will also hold the new Fuel Cafe, at 644 S. 5th St. in Walker’s Point. Juiced owner Jason Lannoch hopes that the new space will be open by the first of June. OnMilwaukee.com‘s Lori Fredrich reports more details:

…the project will allow the business to increase its growing wholesale business, while providing a larger retail space for consumers.

A second cafe for Valentine Coffee Co. is coming to Oak Creek. The second location will be in a 1,700-square-foot freestanding building within the Emerald Row mixed use development at 7971 S. 6th St., and will have more space than the original tasting room. It is planned to open either in late fall or early winter. The Milwaukee Journal Sentinel’s Carol Deptolla reports:

“…Valentine founder Robb Kashevarof said the cafe will serve breakfast, lunch and dinner menu items made from scratch, and it will also have carryout.

Kashevarof and co-owner Joe Gilsdorf are still formulating the restaurant portion of the cafe, but Kashevarof expected that customers will order at the counter, and their orders will be brought to their tables. Both Kashevarof and Gilsdorf have backgrounds in restaurants and wine.” 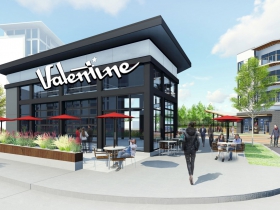 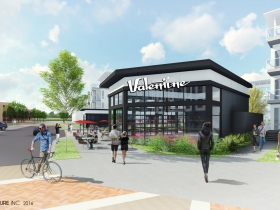 They’re new players on the scene and the owners of this eco-friendly mobile coffee cart — currently found on Buffalo and Broadway in the Third Ward — hope to change the way people see and think about their morning joe. Launched on April 11th, Milwaukee Coffee Peddlers is owned by partners Matt Magruder and Mike Bate, who hope their business will make a difference beyond just a unique take on coffee. Though they admit the practical side to the business: “In the end, it’s about convenience,” Bate told OMC’s Lori Fredrich. “If we can save people an extra 20 minutes of sleep and a five block walk to the nearest cafe, then our mission is accomplished.” Fredrich adds this:

“At the cart, you can order a simple pour-over coffee or opt for a red eye, espresso, Americano or hot chocolate (priced $2.25-$4.50); flavor shots are also available for $0.50 each. And if you’re hungry, there are also snacks like chocolate bars, bakery and fruit. “

On April 29th, Michele Green marked her last day as the owner of Bosley. The popular Key West-inspired restaurant had nine groups that were interested in buying it. But Green eventually chose Joshua Jeffers, who owns the Mitchell building and its Grain exchange, to take over the restaurant. The menu, which consists mostly of seafood and steaks, will remain the same, as will the name. Deptolla adds this:

“Bosley, a dinner-only restaurant, at some point will begin serving brunch on Saturdays and Sundays, he added.”

The Phoenix Lounge will soon take over the former Duplex, which was located at 785 N. Jefferson St. Owners of the new lounge, Robert King and Ryan Bonen, already own Bad Genie Rock Lounge, which is next door to their future Phoenix lounge. “‘We think Jefferson Street has an amazing bar culture,” King told OMC’s Molly Snyder, who adds:

“According to King, The Phoenix will be a ‘laid back craft cocktail lounge with small plates that are world-street food inspired.’

The building has been gutted and is in the process of being completely remodeled. King says they are planning for a June opening.”