Or maybe Indie pop. They're biggest fans are their moms. Maybe. 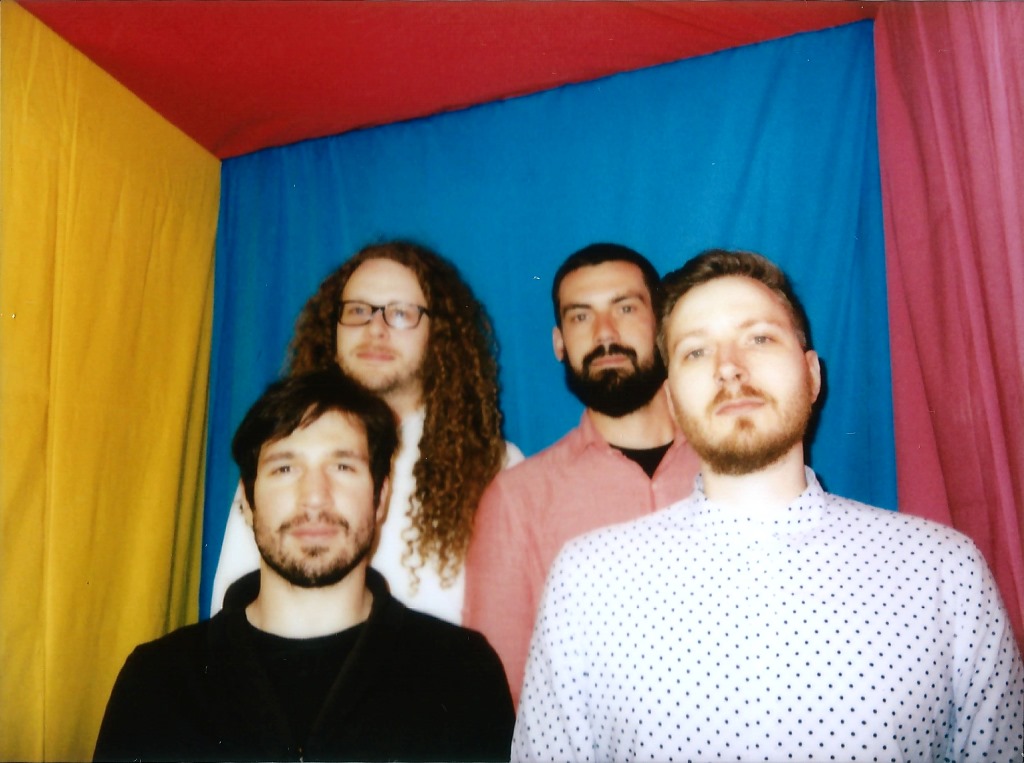 Paper Holland. Photo by Sahan Jayasuriya courtesy of the band.

Paper Holland didn’t start out the same way as most bands. They didn’t use their parents’ open garage space or half-done basement for years of practice before the big first album. Paper Holland simply skipped that stage and went straight into creating their first album, Happy Belated. Or so they say. They are group that can not even decide their own genre, other than that is some kind of pop. Andy Kosanke (guitar), Joe Tomcheck (vocals/guitar), Ted Powers (drums) and Mark Yencheske (bass) make up the collective. The inspiration for their playful, feel good music comes from anything and everything.  Their soon-to-be-released EP, Fast Food, may have been inspired by some burger joint, or just a burger, for all we know. As for the band’s name, they have said it came to Joe Tomcheck in his sleep, but that’s just one version. We like the one you’re going to get in this story better.

They plan to release their EP along with a performance at Company Brewing on April 30. They were happy and not belatedly to answer our questions.

When did you begin playing music?

Joe and Andy began writing music together in summer of 2008. We didn’t become “a band” until we were planning to release our first record (Happy Belated) in 2013.

We were listening to a lot of Neutral Milk Hotel [the American indie rock band), and their band name combined with their song “Holland, 1945” sort of turned into our band name.

Hm. Really? So how old are you?

Okay… so with four members the average age is 28.25 years old. How would you describe your music?

Heck, lets go with Indie pop. What’s your inspiration for writing it?

Sometimes the strangest things inspire a song, and our only real approach is to give anything a chance.

It’s really hard to narrow down the list, but Soul Low, The Fatty Acids, and Whips are definitely somewhere at the top. Maritime is probably our all-time favorite.

There’s an incredible amount of good music in every corner of Milwaukee right now, and the amount of collaboration and support between artists has probably never been higher. Things like Radio Milwaukee, WMSE and Milwaukee Record have been huge in supporting local music and spreading it around the city. There are a ton of great venues here, too. Overall, this is a pretty amazing era for Milwaukee music.

Do you have a favorite place to play?

Cactus Club and Linneman’s. The sound is always great at both, and both just feel like perfect representations of their respective neighborhoods.

What’s the best way to connect with your fans?

Our biggest fans are probably our moms. Hi, Mom!

So far, we’ve only done one-off shows, but we went down to Austin, Texas, for SXSW a couple years ago to play an all-Milwaukee stage. We actually met a lot of Milwaukee artists for the first time down there, and it was really cool to experience that kind of camaraderie that far from home. Also, BBQ.