Yo-Dot Could Be Big Tomorrow 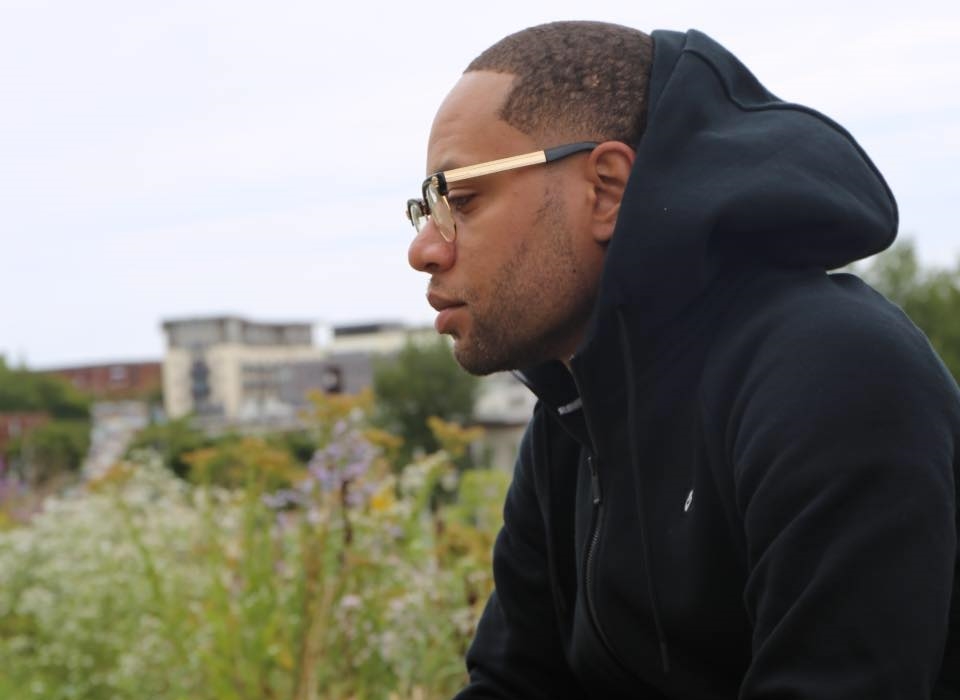 Growing up in Milwaukee’s Sherman Park community, Yo-Dot has been influenced by his upbringing, but also by musicians across the nation. His style of music has been compared to the likes of Raekwon and Styles P.

“I’m influenced mostly by lyrics, punchlines and wittiness. I have more of an East Coast style to say the least,” he says.

Like many aspiring artists, Yo-Dot started out making music at a young age. “I wrote my first rap when I was 7 years old. It was a parody of Dr. Dre and Snoop Dogg’s “Nuthin But a G Thang.”

His 2014 EP, A Winter’s Ration, was named the 12th best album of the year by Milwaukee Record.

His upcoming album, Burleigh Bodega, will be entirely produced by Milwaukee’s own CAMEone. Although the album does not have a release date yet, it will surely pay heritage to Yo-Dot’s Milwaukee roots. You can find more of his music on his website, SoundCloud profile, or on Audiomack.

Here are some more questions I had for the up-and-coming rapper:

Who influences you from the rap scene?

My influencers are anyone that’s being innovative with their sound and not following the norm. I like Westside Gunn, Conway A, G Herbo, Nipsey Hussle and Don Q, just to name some current artists. Jay Z, Nas, 50 Cent, Andre 3000, Ice Cube and all the elite greats will forever inspire me.

It’s an acronym for Yesterday Only Determines Our Tomorrow.

Did growing up in Milwaukee shape your music?

Yes, I grew up on the northwest side, mostly on 38th & Burleigh in the Sherman Park area. Certain verbiage, areas and cultures are always referenced in my music to help the local consumer identify with my sound.

What’s your favorite venue or city to perform in?

I think Summerfest‘s Miller Oasis and Harley Davidson stages are my favorite because of how big the stage is. A lot of people are able to view and enjoy the show.

What do you want listeners to get out of your music?

I want my listeners to get substance, truth and inspiration that will motivate them to expand their horizons past the 80-block radius that surrounds them.

What are your thoughts about the Milwaukee hip-hop scene?

I’ve mostly only listened to Vincent Van Great, Mike Regal and Black Chris. My thoughts about the local hip-hop scene is that notoriety is spreading, but I would like to see more business-minded marketing involved when an artist is releasing a project, like hiring public relations help when a project is being promoted. You can only go so far with Facebook reposts, videos, and friends and family support.

My favorite collaboration is probably with the late Proof of D12. I met him back in 2005 and recorded a record. Unfortunately, I never released it due to his untimely demise.

How do you separate yourself from other artists?

I really study the music culture. I play with different cadences and deliveries when it comes to matching them with beats. I really take a heavy narrative approach when crafting records. Sometimes it’ll take me weeks to finish a song, and sometimes just a few days.

Who do you want to work with in the future?

Honestly, nobody at the moment. I want to continue to perfect my craft until I’m in a position to have that option at my disposal.