Republicans use gerrymandering and Voter ID confusion to win with fewer votes. 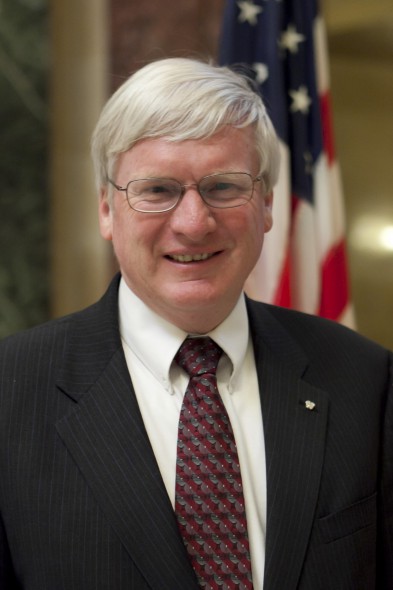 This week, there were developments on two major Republican voter suppression mechanisms. A three judge federal panel greenlighted for trial an important case regarding the 2011 Republican gerrymandering of legislative districts, noting that the maps for the Wisconsin Assembly more heavily favor one party (the GOP) than any other map in the country in the last 40 years! This decision came a couple of days after we saw the impacts of the second prong of Wisconsin voter suppression – the fallout from having one of the most extreme voter ID laws in the country.

After Ted Cruz won Wisconsin, Congressman Grothman bluntly stated that the real purpose of Voter ID laws was to help power-hungry Republicans remain on top. This was compounded by a former GOP staffer disclosing that at a closed-door meeting of Republican legislators considering the Voter ID bill, “giddy” GOP lawmakers acknowledged the ID bill would most negatively affect the ability of students and minorities to vote.

Republican legislators purposefully included a requirement in the law that student IDs used for voting must expire within two years and be signed by the student, disqualifying typical student IDs at campuses around the state, while also requiring proof of current enrollment. This requirement is especially hard on out-of-state students and those without a driver’s license. In my own district, which includes a large chunk of the UW-Madison campus, about a quarter of students are nonresidents or out of state students.

Indeed, students on some campuses waited hours to get the correct identification and then to vote. There were reports both of students being turned away for not having the right ID and students leaving without voting because of the long lines caused by the ID process. Marquette University and UW-Green Bay were especially hard-hit, with 240 students still in line at Governor Walker’s former University when the polls closed at 8 p.m. Some students wondered out loud why it seemed they were being prevented from voting.

Ideally, the Voter ID law wouldn’t exist in the first place, and Democrats did everything they could to stop it on the front end. What Governor Walker and the Republican-led legislature won’t tell you is that despite having passed one of the most extreme Voter ID bills in the country, they have refused to fund the public informational campaign that is specifically identified in the legislation and was supposed to precede its implementation.

That is why I introduced a bill to allocate $500,000 to the GAB to conduct this vital campaign. It is a small price to pay to make sure our citizens are informed and actually get to exercise their most fundamental right to vote. Unfortunately, my Republican colleagues refused to act and provide any funds for the voter education campaign that was an integral part of the law.

Republicans quoting Tuesday’s record numbers at the polls as proof that Wisconsin’s Voter ID law isn’t suppressing votes are trying to throw you off their scent. Despite the high turnout, the bottom line hasn’t changed – Voter ID laws don’t combat fraud (which is virtually nonexistent) but they have been shown to disenfranchise voters. Think about how high the turnout could have been if everyone had been able to exercise their right to vote!

The November election is bound to set another record in terms of turn out, with at least another one million or so voters turning out, but also in terms of voter disenfranchisement. It seems the GOP is deliberately trying to create a state were the populace doesn’t know what they need to vote, so they either do not vote in the first place or are prevented from doing so. Either way, our democracy is diminished.

We must demand that that our state implement an educational campaign around these new, onerous voting requirements. The Government Accountability Board (GAB) is meeting on April 26 at 9 a.m. until 5 p.m. at the Capitol in the Joint Committee on Finance Room, 412 East. This meeting is open to the public, and people have a right to make brief statements at the beginning of the meeting. We must tell our stories about why an educational campaign is needed. Our democracy depends upon it.