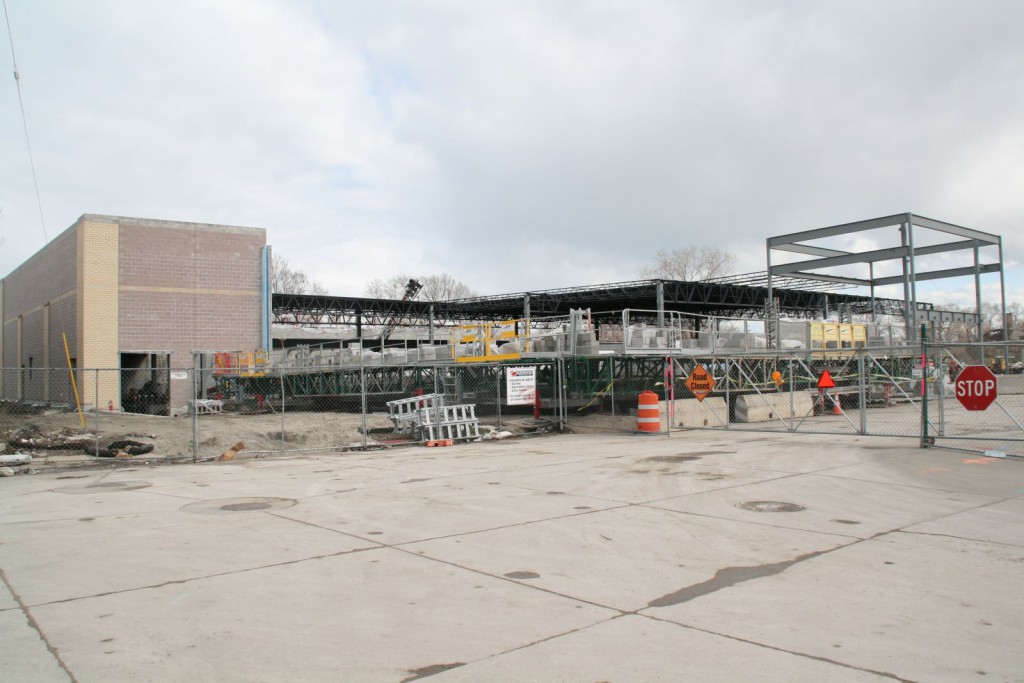 The barren stretch of S. 1st St. that connects Bay View to Downtown is transitioning from a race track for cars to a walkable neighborhood. The most visible sign of this change, the Freshwater Plaza project, is rising at the northeast corner of S. 1st St. and E. Greenfield Ave. Wangard Partners is leading the development, which will include a grocery store, apartment building, outlot commercial buildings and eventually an office building.

The site was long home to a foundry owned by Grede before the firm closed the complex a little over ten years ago. The site was then cleared and sat empty for years before Wangard stepped in.

Wangard broke ground on the $46 million complex last October. Under construction today is a 46,280 square-feet Cermak Fresh Market grocery store and a mixed-use building with 16,900 square-feet of commercial space and 76 apartments.

Parking for the apartments will be located under the L-shaped building that will front the development’s southwest corner, with commercial parking provided in a suburban-style setup — a series of surface parking lots for nearly 300 cars. A privately-owned extension of S. Barclay St. is planned to run through the middle of the site, connecting what is today a dead-end with E. Greenfield Ave. The grocery store will be located in the rear of the site, a decision that will certainly perplex future urban planners if the surface parking lots are never redeveloped.

The Kinnickinnic River Trail, which runs north-south at the east end of the site, will have an access point at the middle of the development. For those wanting to bike the trail, but lacking a bicycle, a Bublr Bikes bike sharing station is planned for the southwest corner of the complex.

Future plans include an office building on the east end of the site, near the UW-Milwaukee School of Freshwater Sciences, with approximately 50,000 square-feet of space. Should that building ultimately materialize as planned, a 226-stall parking garage is slated to be built just north of it. Also planned are a couple retail outlot buildings along S. 1st St., sure to attract afast-food chains catering to the thousands of Rockwell Automation employees across the street.

The complex joins a wave other projects in the neighborhood, including the apartment buildings under construction at 1029 S. 1st St., the recently completed UWM School of Freshwater Sciences and Craft Development‘s redevelopment of the former Federal Manufacturing complex. 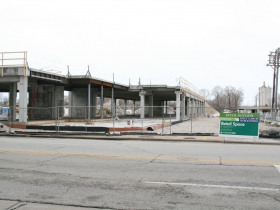 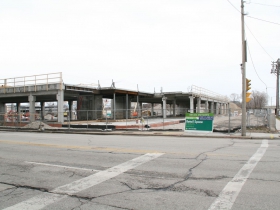 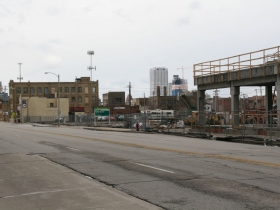 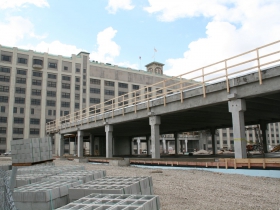 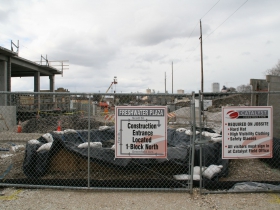 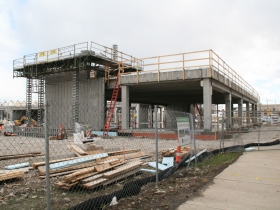 If you’ve reached the end of the financing description and can repeat the details back to the person sitting next to you, congratulations, you’re an urban finance pro.