When Progressives Imitate the Right 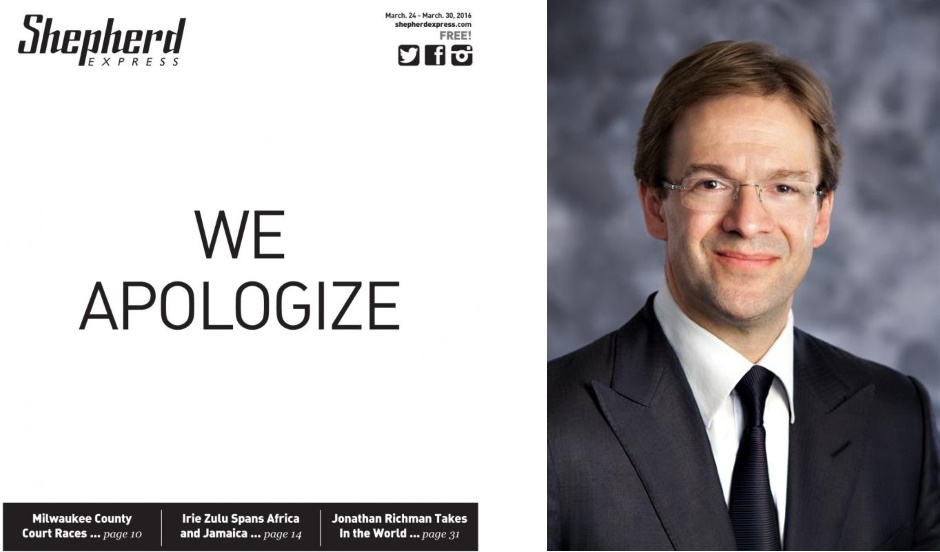 In recent years, the Republican Party has become more conservative and more ideologically homogeneous both nationally and in Wisconsin. Are Democrats in danger of suffering the same fate?

the G.O.P. has come to resemble a Soviet dictatorship — a vast majority of Republican politicians can’t publicly say what they know about the truth of climate change because they’re afraid the thought police will knock on their door and drag them off to an AM radio interrogation.

Organizations like the Club for Growth attacked moderate Republicans, calling them “RINO”s (Republican in Name Only), and targeted them in Republican primaries. In Wisconsin, moderate legislators like Dale Schultz were forced out or chose to leave.

The New York Times recently reported another example of what can befall a legislator who defies Republican orthodoxy: “Senator Jerry Moran, Republican of Kansas, faced a barrage of criticism from conservative groups on Friday after he broke with his party’s leadership by saying he favored holding hearings on President Barack Obama’s nominee for the Supreme Court.” A Tea Party spokeswoman threatened to recruit an opponent against Senator Moran in the coming Republican primary.

The result has been more and more constrictions on allowable conservative discourse. Although a few independent thinkers remain on the conservative landscape, they have been relegated to the margins. Fresh thinking is not completely dead—consider, for example the American Conservative magazine, particularly when it comes to urbanism, and the Niskenen Center made up of refugees from the Koch-dominated Cato Foundation—but these are rare exceptions.

Today’s conservative elites take their cue from Ronald Reagan’s Inaugural Address, “In this present crisis, government is not the solution to our problem; government is the problem.” This belief has led to a glorification of the free market and cutting taxes and shrinking government programs as a cure for all problems. If the tax savings go mainly to the wealthy that is fine because they are the “job creators.”

The conservative elites embrace Adam Smith but lack his clear-eyed pragmatism, as expressed in this passage from his Wealth of Nations: “People of the same trade seldom meet together, even for merriment and diversion, but the conversation ends in a conspiracy against the public, or in some contrivance to raise prices.”

An analysis by the Times’ Nicholas Confessore describes how “the G.O.P. elite lost its voters to Donald Trump”:

While wages declined and workers grew anxious about retirement, Republicans offered an economic program still centered on tax cuts for the affluent and the curtailing of popular entitlements like Medicare and Social Security. … The distance was magnified by the Supreme Court’s 2010 decision in the Citizens United case, which gave wealthy donors rising weight in Republican circles, even amid signs that the party’s downscale voters were demanding more of a voice.

Trump’s success shows that the establishment’s definition of what constitutes acceptable conservatism is not shared by a significant segment of the voters that has been crucial to recent Republican electoral success. A Rand survey finds Trump supporters agree on the need for higher taxes on the rich and strongly agree with the statement “People like me don’t have any say.” Trump himself comes down on both sides of the tax issue; while he repeatedly tweets that rich people should pay more, his tax plan is highly favorable to the wealthiest.

The New York magazine columnist Jonathan Chait argues that when conservatives view liberals they see a mirror image of themselves. Conservatives, believing along with Reagan that cutting government is a good in its own right, assume that liberals’ aim is to increase the size of government. They project their world view onto liberals, only in reverse: that liberals’ aim is to grow government. This came through in Marco Rubio’s strange rant that he repeated six times in one of his last Republican debates:

When asked if Rubio believes Obama is “intentionally trying to destroy the country, his communications director responded:

Instead, Chait argues that the liberal aim is different: it is to solve problems. Sometimes this requires an expansion of government, other times a contraction. Sometimes the market offers a solution; sometimes not. Thus if conservatives’ slogan is “government bad, private sector good,” projecting the reverse on liberals– “government good, private sector bad“—misses the point.

Except when it doesn’t.

Anyone who has spent time around Milwaukee’s “progressive” circles quickly learns that “privatization” is a dirty word. In these circles, calling a charter school a private school is sufficient to condemn it. Whether the school is effective in giving students the tools they need to be successful is irrelevant.

This attitude is well illustrated in the Shepherd Express’s current condemnation of Chris Abele, illustrated by the current cover story entitled, We Apologize. This article is the culmination of an increasingly virulent series of attacks on Abele by the Shepherd in the years since the paper endorsed him in his initial election. In an echo of the Tea Party, many of these attacks accused Abele of being a Republican in disguise. In the same spirit the present article calls Abele “Scott Walker on steroids.”

While the Shepherd article contains numerous aspersions on Abele’s character based on anonymous sources, it does not attempt to answer the core question, has Abele been effective in improving Milwaukee County services? Back in March 2011, days before Abele’s election, the Shepherd published interviews with the two candidates. It prefaced these interviews with a paragraph describing the daunting challenges the winner would face:

The county’s finances are a mess, with an estimated $120 million structural deficit within the next four years. After years of questionable management, the mental health system needs to be utterly revamped. The Milwaukee County Transit System (MCTS) is struggling to survive. The county hasn’t sold any of its Park East properties and its facilities in the parks and elsewhere are crumbling. Members of its largest union, AFSCME District Council 48, had to take 26 unpaid days off in 2010 and will likely be forced to take another 26 unpaid furlough days—roughly one day per two-week pay period, or a 10% pay cut—this year, too, in order to balance the budget.

Has Abele effectively addressed these challenges? A recent Public Policy Forum report on the county budget would say that he has:

The budget reflects the County’s remarkable progress in reducing health care expenditures and debt service obligations – two of the primary drivers of its long-term structural imbalance – by accommodating an unanticipated spike in its pension contribution with few service reductions and a flat property tax levy, and while also providing a pay increase for employees. Such a scenario would have been unthinkable five years ago.

The recommended budget also reflects a strong commitment to priority service areas by bolstering tax levy and bonding for the Milwaukee County Transit System; adding resources for homelessness and mental health initiatives; and maintaining momentum for countywide space planning and facilities consolidation. In fact, with the notable exception of the Sheriff, it appears that no County department will be required to meaningfully reduce service levels or staff to fill next year’s budget gap.

The recent Shepherd article, by avoiding discussing the challenges it listed in its 2011 story, effectively confirms the Public Policy Forum’s conclusions. Given its desire to throw the kitchen sink at Abele, it would certainly have called attention to any gaps in performance. Based on the evidence, Abele has been an effective county executive.

The present crisis in the Republican Party illustrates the dangers of applying an ideology and demanding that everyone adhere to it. To win elections requires winning a majority of the votes (or more with a gerrymandered legislature, as in Wisconsin). To insist that everyone agrees does not seem to be a winning strategy. Long-term, a party that insists on conformity of thought risks intellectual stagnation. That county Democrats are ready to abandon an effective county executive over ideology shows they are on the same path.

24 thoughts on “Data Wonk: When Progressives Imitate the Right”