Plus, new Thai and Kabob places popping up. 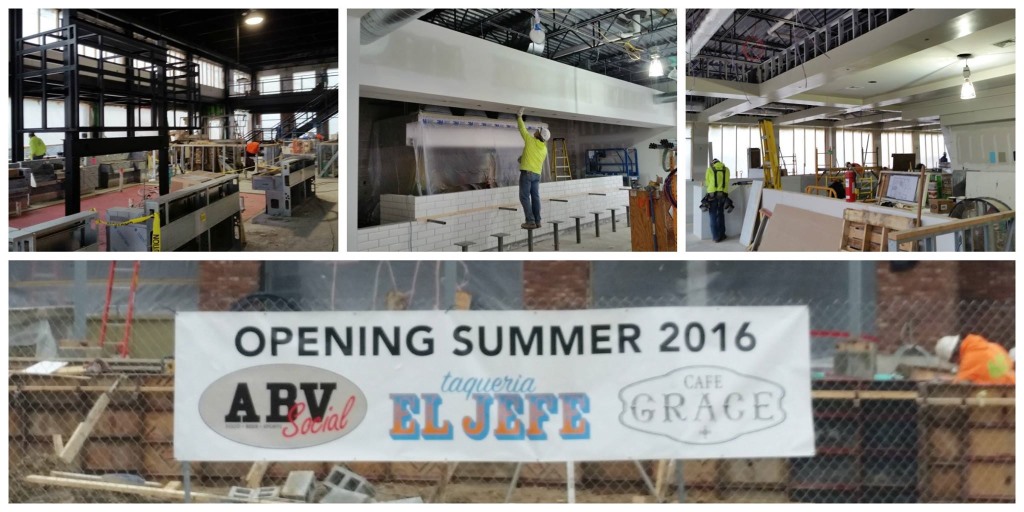 The third location for this Milwaukee-based chain is still set to open at Bayshore Mall. But due to construction delays, the opening has been moved back to early summer. The company’s general manager Jessica Kreidl says there will also be a fourth location opening at 124th St. and Capitol Dr. in Brookfield. (Chubby’s Cheesesteaks currently maintains two locations in the city, at 2232 N. Oakland Ave. and at 2147 Miller Park Way.)

However, both locations will also be adding a brand new option: pizza from a new stone-fired pizza oven.”

This new restaurant quietly opened in early March in West Allis at 6807 W. Becher St. Owners Josh Nicholson and his father Bob Nicholson started this business as a catering service, and learned about the available building from its owner, Mark Lutz, who also owns the nearby West Allis Cheese & Sausage at 6832 W. Becher St.. The restaurant is still in its soft opening, but its grand opening is set for some time in late April. The Milwaukee Journal Sentinel’s Carol Deptolla gives the lowdown:

Nicholson said they’re hoping to coordinate more events with [Lutz’s] cheese shop like one on St. Patrick’s Day, when a wine-and-cheese tasting moved from the shop to the bistro for dinner, for dishes such as shepherd’s pie and Irish stew.”

Formerly a small stand inside a grocery store in Greenfield, this Thai restaurant has now moved to its own storefront on the South Side. Owner Kim Paneboune opened a month ago in a plaza located at 938 W. Layton Ave. Deptolla dishes the details:

“It also has a larger menu, listing 119 items…Owner Kim Paneboune makes her own sauces, down to a sweet-and-sour dipping sauce.

Menu items include appetizers such as tod mun, the springy fish cakes ($8.95). Besides fried rice, soups, stir fries and noodle dishes, the menu has red, green and yellow curries, and entrées including stuffed chicken wings ($10.95 with white rice, $21.95 with sticky rice and papaya salad).”

The names of the restaurants in the Mayfair Collection have finally been revealed by a sign at the construction site. The names are ABV Social, El Jefe and Café Grace. Each restaurant will have a different concept. One will be a pub tavern, the second will be a tacqueria and the third will be a French style café. All three are  joint ventures between the Bartolotta group and the developer of the Mayfair Collection, Phoenix.

According to co-owner Joe Bartolotta, the pub tavern, which is named ABV Social, will likely be the first of the three to open. The three restaurant names weren’t easy to decide, as Fredrich reports:

While this wine shop opened in 2012 at 6038 W. Lincoln Ave., owners Frank LaSusa and his brother Joe LaSusa recently opened a bar within the shop. They sell wine by the glass or the bottle. Patrons can also order meat and cheese plate for 15 dollars. According to Deptolla:

“Corvina specializes in wines from small producers; although it carries wines from around the world, its emphasis is on Italian wines.

A wine garden behind the shop is expected to open in spring.”