The 32-story tower is nearly at its maximum height. 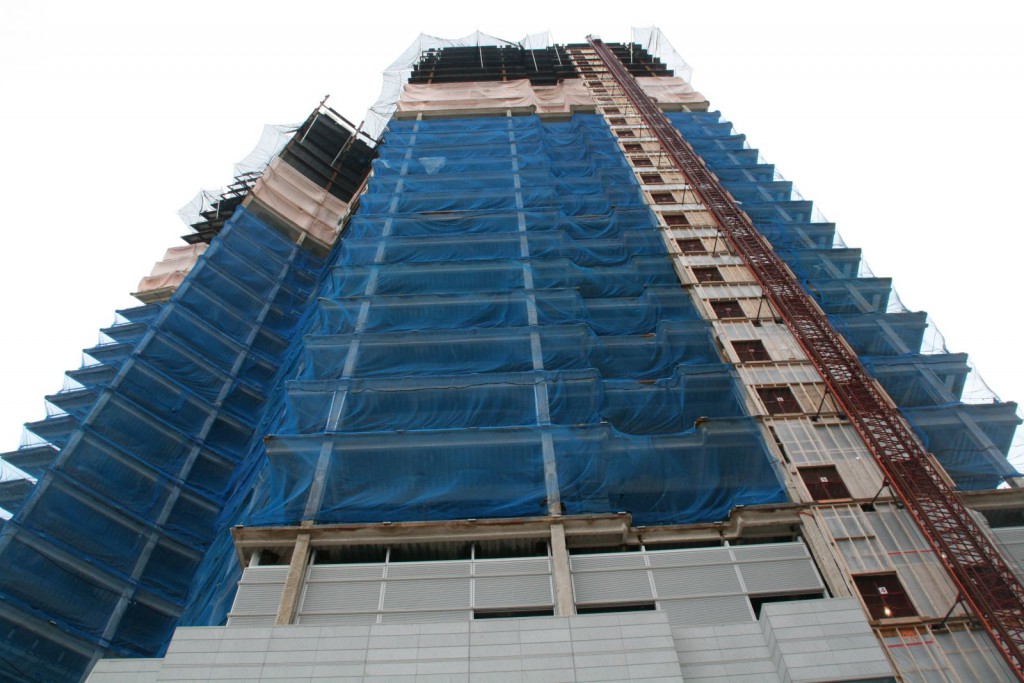 Northwestern Mutual‘s new office tower keeps rising ever higher. At this time last year the $450 million complex was merely a hole in the ground, but now it’s nearly 32 stories tall. Despite the dramatic change, it’s still going to take until 2017 for the project to be completed.

When complete, Northwestern Mutual Tower and Commons will have 1.1 million square-feet of space spread out of 32 floors in the tower and attached three-story “commons” building. When complete it will be the biggest building in Milwaukee, having more interior space than the US Bank Center or new Bucks arena.

Already enclosed is the dramatic lobby space in the tower, which sticks out towards O’Donnell Park and certainly offers stunning views of Lake Michigan.

The design of the complex is being led by architecture firm Pickard Chilton, with general contracting work taking place under the guidance of a partnership of Gilbane Building Co. and C.G. Schmidt Inc.

While far from complete, the tower is already visible from near and far. Virtually everywhere the adjacent US Bank Center can be seen, the new Northwestern Mutual tower is equally visible right there beside it. 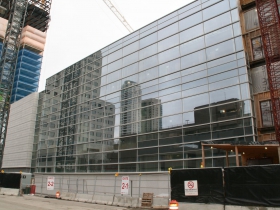 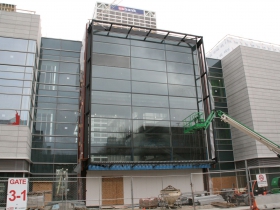 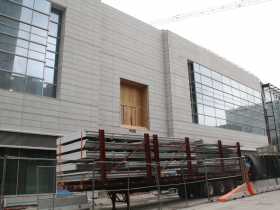 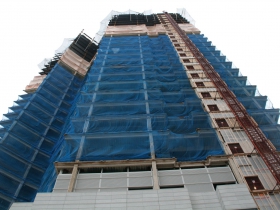 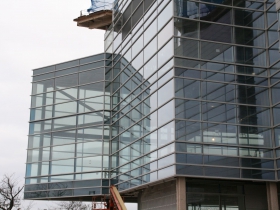 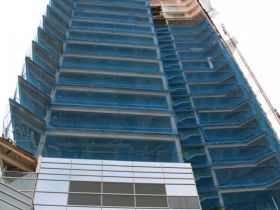 Across N. Van Buren St., demolition is nearing completion for the site of the company’s 34-story residential tower at 777 N. Van Buren St. That building will also include a parking garage for over 1,000 vehicles to park employees at the new tower. 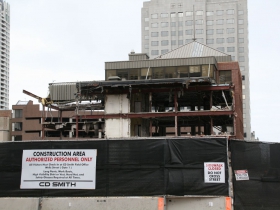 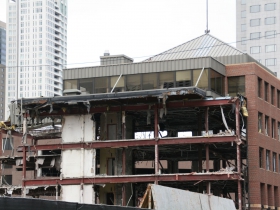 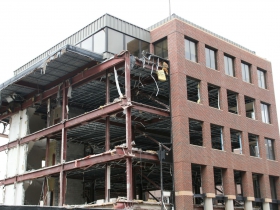