NM is laying the structure for huge, 32-floor complex that will be largest building in the state. 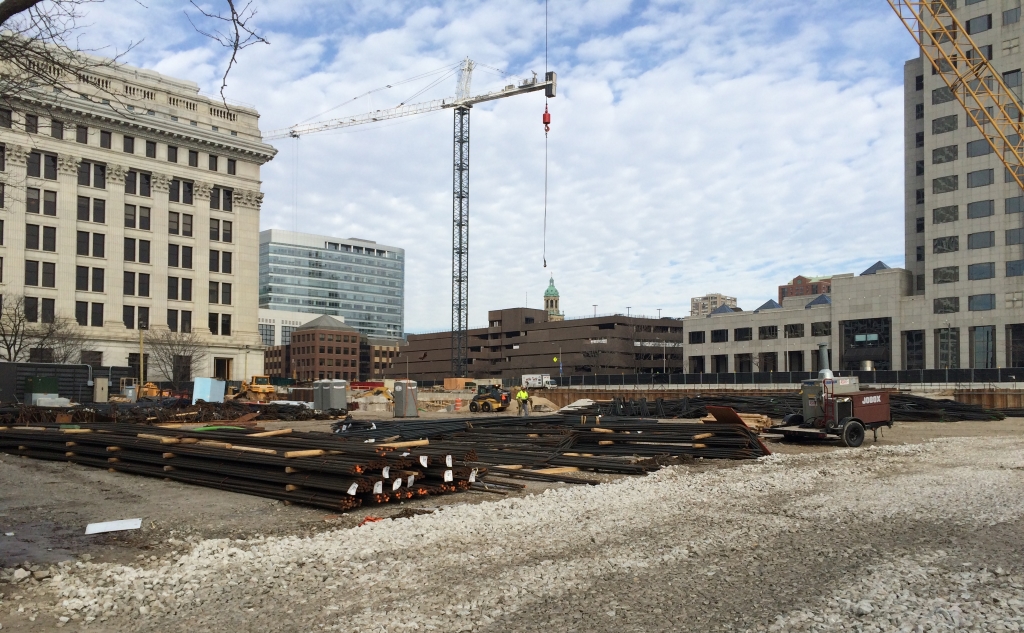 Recently, I reported on Northwestern Mutual‘s planned clearing of a site along N. Van Buren St. by demolishing  two buildings located at 765-769 N. Van Buren St. and 771-773 N. Van Buren St.  In addition, NM has already demolished a neighboring building, which has since been turned into a surface parking lot along the streets. When asked about future plans for the soon-to-be-cleared site, Northwestern Mutual spokesman John Gardner told Urban Milwaukee in an email that, “We have no plans at this time. The site will be unpaved.”

Although NM is downplaying any possible plans for the site, all signs suggest the company is preparing it for a mixed-use building that would have a 1,000 car parking garage. If built, this garage would help meet the parking needs for the Northwestern Mutual Tower and Commons, the $450 million, 1.1-million square feet, 32-story office tower that is being constructed near the corner of E. Mason and N. Cass streets, and will be the largest building in the state.

The office building (with two parts, the “Tower” and the “Commons”) is by far the largest development project in downtown Milwaukee in decades, and will be home to 3,000 jobs when it is complete, but has a long way to go before it reaches the sky. Gardner tells Urban Milwaukee: “Crews have removed the former atrium [behind the NM building at 720 E. Wisconsin Ave.] to make way for the new atrium that will connect that building to ‘The Commons.’  We’re also preparing to lay the steel foundation for ‘The Commons,’ and activity continues at the site of the excavation for ‘The Tower.’  Up next is the pouring of the concrete foundation, constructing The Tower’s concrete core and erecting the steel framework of the building.” Gardner adds that the project is on schedule to complete in late 2017.

Our photos capture the very early progress at the site of the new office building. 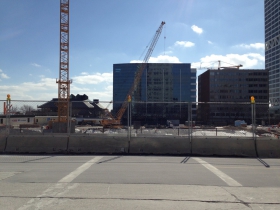 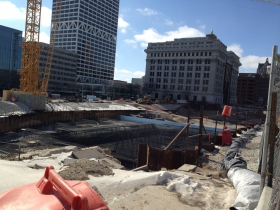 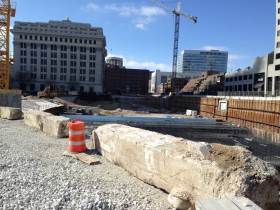 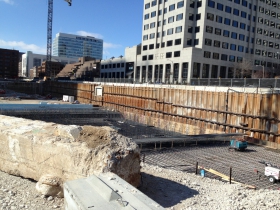 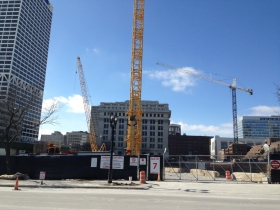 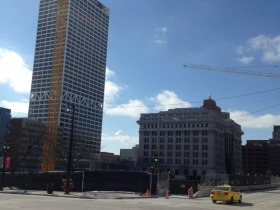 One thought on “Friday Photos: The Northwestern Mutual Tower Begins”