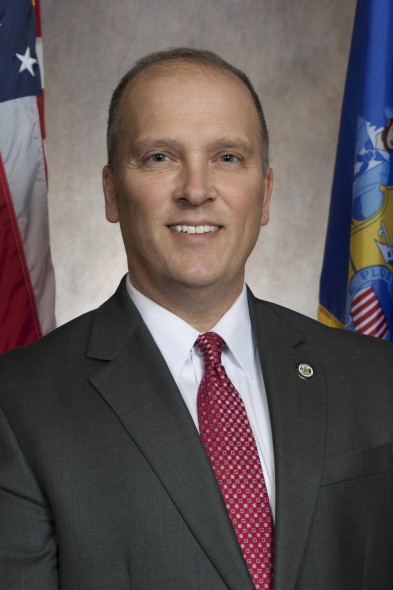 Now that the Wisconsin Supreme Court has shut down the John Doe investigation of coordination between the Walker campaign and various outside groups, what are the chances an appeal to the U.S. Supreme Court will succeed? The appeal has been widely dismissed as a long shot, both in the press and among members of a network of anti-Doe conservatives. For example, as part of his tour of right-wing media, Wisconsin Attorney General Brad Schimel told conservative radio host Vicki McKenna that “every legal expert believes that the likelihood of the U.S. Supreme Court taking this case is almost nil.”

Skepticism about the appeal’s chances starts with simple statistics. According to its website, the U.S. Supreme Court “accepts 100-150 of the more than 7,000 cases that it is asked to review each year.” This puts the odds of acceptance at around one or two percent. But there are two reasons to question these discouraging odds.

For starters, the process is open to anyone who is “not satisfied with the decision of a lower court …” Since anyone can submit a petition, called a “writ of certiori,” it is likely most do not satisfy the court’s criteria.

Secondly, many cases don’t fit the court’s criteria for which appeals to accept, as its website notes:

The Court usually is not under any obligation to hear these cases, and it usually only does so if the case could have national significance, might harmonize conflicting decisions in the federal Circuit courts, and/or could have precedential value. … Typically, the Court hears cases that have been decided in either an appropriate U.S. Court of Appeals or the highest Court in a given state (if the state court decided a Constitutional issue).

Two issues would seem to fit these criteria: the inconsistency between the Wisconsin and the U.S. Supreme Courts’ interpretation of the First Amendment and the failure of the Wisconsin justices to recuse themselves despite the huge amount of money the organizations subject to the investigation had spent in support of these justices’ election. I would expect the appeal, currently due April 29, to raise both these issues. Although either or both issues seems likely to raise the concerns of at least four justices (the number needed to accept a case), I will concentrate on the first.

Starting with its Buckley v. Valeo decision in 1976, the U.S. Supreme Court has stated repeatedly that, although the First Amendment protects truly independent political expenditures, the government is entitled to regulate coordination between candidates’ campaigns and purportedly independent groups. The U.S. Supreme Court has never made a distinction based on whether or not that coordination involved explicit endorsement of a candidate. In fact, the court has repeatedly referred to the lack of coordination as a reason that other restrictions on independent “issue advertising” could be safely eliminated. The 7th Circuit Court of Appeals referred to this as “Buckley’s interpretation of the First Amendment.”

During the course of Eric O’Keefe’s challenge to the John Doe investigation, David Rivkin, his lead attorney, advanced an alternative interpretation, that the limit on coordination only applied to explicit communications, those that explicitly advocated the election or defeat of a particular candidate. Under this doctrine, coordination between the Walker campaign and the outside groups would be allowable if it, for instance, led to ads defending Act 10.

The Rivkin doctrine had its first success when Reserve Judge Gregory Peterson replaced Barbara Kluka as the judge overseeing the John Doe investigation. Peterson used it as the basis for quashing subpoenas against Republican consultants R. J. Johnson and Deborah Jordahl.

From his own words, it appears Peterson did not take the decision very seriously. He refers to the need for a speedy decision and notes that “Any reviewing court owes no deference to my rationale, so giving the parties a result is more important that [sic] a delay to write a lengthy decision on election and constitutional law. For more detail, readers should consult the parties’ briefs.” Later he says that Rivkin’s “analysis of the campaign financing statutory scheme is particularly helpful.”

The Rivkin doctrine also enjoyed success in a federal suit before Judge Rudolph Randa. Shortly after the Randa decision, I wrote a column suggesting this decision was unlikely to survive an appeal to the U.S. Supreme Court.

How might the U.S. Supreme Court rule? One possibility, suggested by the 7th Circuit, is the court might decide to replace the Buckley interpretation with Rivkin’s. This strikes me as unlikely, for two reasons.

One is that in decision after decision, the justices refer to lack of coordination as a reason to believe that laws removing restrictions on independent communications that don’t explicitly endorse a candidate hold less danger. To now turn around and say coordination can take place seems like bait and switch. It would be as if they said cars don’t need seat belts because they have airbags and then said they don’t need airbags.

It appears that some members of the anti-Doe network led by O’Keefe are concerned the Rivkin legal theory may not find a receptive audience in the U.S. Supreme Court. In a recent letter to Schimel, Johnson and Jordahl argue that the “decision relied on state statutes in determining that Wisconsin has not chosen to regulate coordinated issue advocacy.”

Rivkin himself contradicts the Johnson/Jordahl argument that the decision derived from some unique feature of the Wisconsin constitution. In his recent brief opposing a motion to preserve the evidence collected in Doe II, he notes the state supreme court ruled “that the prosecution team’s theory of criminal liability violated the United States and Wisconsin Constitutions.”

Another sign suggesting concern about the appeal is a campaign to convince Schimel to take command of the appeal, presumably so he could kill it. In their letter, Johnson and Jordahl make this argument. Others in the anti-Doe forces have joined this campaign, including radio talker Charlie Sykes, the rabidly anti-Doe Wisconsin Watchdog and McKenna.

There are also signs the four Wisconsin justices who ruled against the Doe are so concerned the U.S. Supreme Court might review the decision that they have thrown obstacles in the appeal’s path. Despite their statement they would “avoid impeding in any way the ability of the prosecution team to seek certiorari review in the United States Supreme Court,” they rejected a motion to share unredacted portions of the John Doe II record with attorneys seeking to appeal who are experienced in Supreme Court representation. (Notably, this law firm was successful in the very similar Caperton case that placed limits on the judges deciding cases where parties had spent large amounts promoting their election. The four Wisconsin justices making this decision had benefiting from millions of dollars in campaign spending by parties to the Doe case.)

Predicting what the U.S. Supreme Court will do is tricky. When it comes to granting writs of certiorari, it usually offers no explanation. All the same, there are strong reasons in this case to grant the writ.