The Assault on Wisconsin’s Campaign Laws 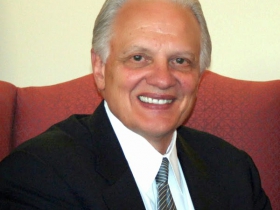 Three recent cases have challenged Wisconsin election law and the agency formed to enforce it. All three ended up assigned to federal Judge Rudolph Randa. The organizations bringing the cases are part of a network of conservative groups, often with overlapping boards. The lawyers challenging the laws keep reappearing. Just what is theory here, and will they succeed in overthrowing Wisconsin’s laws on coordinating with campaign committees?

The John Doe challenge. Officially called O’Keefe et al v. Schmitz, et al, this case was brought both to stop the John Doe investigation of possible illegal coordination between Friends of Scott Walker and various  conservative groups and to seek damages from some members of the investigating team, including Milwaukee County District Attorney John Chisholm. It was filed on February 10th and assigned to Judge Randa.

Randa issued a preliminary injunction on May 6, ordering the prosecutors to stop their investigation and return or destroy all evidence. He threatened the prosecutors and the John Doe judge with contempt.

The 7th Circuit Court of Appeals immediately blocked the part of the injunction requiring the destruction or return of evidence. On May 8th Judge Randa quickly responded, certifying the defendants’ appeal as frivolous.

On September 24, the 7th Circuit panel overturned Randa’s injunction, describing it as an “abuse of discretion”:

The injunction is reversed. The district court’s order rejecting the immunity defense is reversed… The case is remanded with instructions to dismiss the suit, leaving all further proceedings to the courts of Wisconsin.

The plaintiffs attempted to appeal the panel’s decision to the full court (en banc) of ten judges, but were denied on October 23, when no judge in regular active service requested a vote and all of the judges on the panel voted to deny rehearing. All told, this was quite a slap-down of Randa by the Court of Appeals, which includes judges appointed by both Republican and Democratic presidents.

The CRG Donation case. Officially called CRG Network v. Barland et al, it was filed by the Citizens for Responsible Government, known for their involvement in the recall effort against former Milwaukee County Executive Tom Ament and their support of Walker. The suit challenges Wisconsin’s limit on the total donations candidates can receive from committees. It was filed on June 23. As a result of the plaintiffs’ refusal of the assignment of Magistrate Judge William E. Duffin, this case was assigned to Judge Randa. Unlike the other two cases, it was defended by the Wisconsin Department of Justice.

The CRG Coordination case. Officially called Citizens for Responsible Government Advocates Inc v. Barland et al, it was brought on October 2nd. According to an article in the Journal Sentinel, the plaintiffs claimed this was related to the two cases above to assure that Judge Randa was assigned to the case.

On October 3, the Wisconsin Department of Justice sent a letter to the Government Accountability Board refusing to represent it, stating in part, that such representation would “advance the tenuous legal positions asserted in the GAB’s prior filings.” Randa refused to allow the GAB extra time to seek other representation and on October 14 issued an injunction against GAB enforcement of Wisconsin laws against coordinating campaign expenditures except where they “expressly advocate election or defeat of clearly identified candidate.”

The same day, the governor’s office chose Daniel Kelly to represent the GAB. On October 21st Kelly filed a motion to seal most of the written arguments submitted to the court.

The two cases with the greatest similarities are the first and last. In both, the underlying legal theory relied upon by both the judge and the plaintiffs is that coordination between “independent” groups and candidates is perfectly okay so long as they don’t involve communications that explicitly advocate the election or defeat of a candidate. Arising only a week after the Appeals Court rejected Judge Randa’s ruling on the Doe investigation, the CRG Coordination Case is an attempt at reincarnation of a failed legal argument.

In short, it has no relevance to the issue of coordination between independent groups and campaign committees. Randa’s decision here calls to mind Judge Richard Posner’s dissent in the voter ID case: “Shall it be said of judges as it was said of the Bourbon kings of France that they learned nothing and forgot nothing?”

Another similarity in the two suits is the appearance of the same lawyer — David Rivkin of the D.C.-based Baker Hostetler law firm — arguing that coordination is legal.  Rivkin and Judge Randa enjoy something of a mind-meld. The judge’s injunction allowing the CRG to coordinate with candidates is copied word-for-word from Rivkin’s brief.

As the 7th Circuit points out, the Supreme Court has never addressed limits on coordination because it has never certified a case where coordination was alleged. While it is always risky to predict Supreme Court decisions, there are strong reasons to doubt that the Rivkin/Randa theory would be adopted by the current court. I examined these in a previous article, but it may be useful to summarize them:

One rhetorical trick that both Rivkin and Randa use is to call all communications that don’t use the so-called “magic words” (advocating a candidate’s election or defeat) as “issue ads.” However, most ads that appear during election season are clearly aimed at electing or defeating a particular candidate whether or not they use the magic words. For the court, a ban on all coordination between independent groups and candidates is attractive precisely it does not depend on analyzing the content of the communication.

Ironically Rivkin and Randa suggest another reason why the court might be reluctant to accept their theory. Rivkin quotes Randa:

Logic instructs that there is no room for a quid pro quo arrangement when the views of the candidate and the issue advocacy organization coincide.

As I wrote this article, I speculated that the full 7th Circuit would be reluctant to accept Rivkin’s appeal for a rehearing. Sure enough, the court has by now unanimously rejected it.

Rivkin’s appeal to the full court followed his earlier practice of throwing a large number of arguments at the court in hopes something would stick. It is hard to figure out what his main argument is. Consider his argument that the prosecutors acted in bad faith because they adopted a legal theory that had no chance of success. When the 7th Circuit points out that the Supreme Court has not ruled on this issue, he responds by pointing to his chronology of supposed bad actions by the prosecutors, for good measure throwing in Stuart Taylor’s article, District attorney’s wife drove case against Wis. Gov. Walker, insider says. One gets the impression that Rivkin never tested his arguments on a skeptical reader.

What will the future hold for Wisconsin campaign finance regulation? Here are three questions: