All About Music, Poetry, Architecture 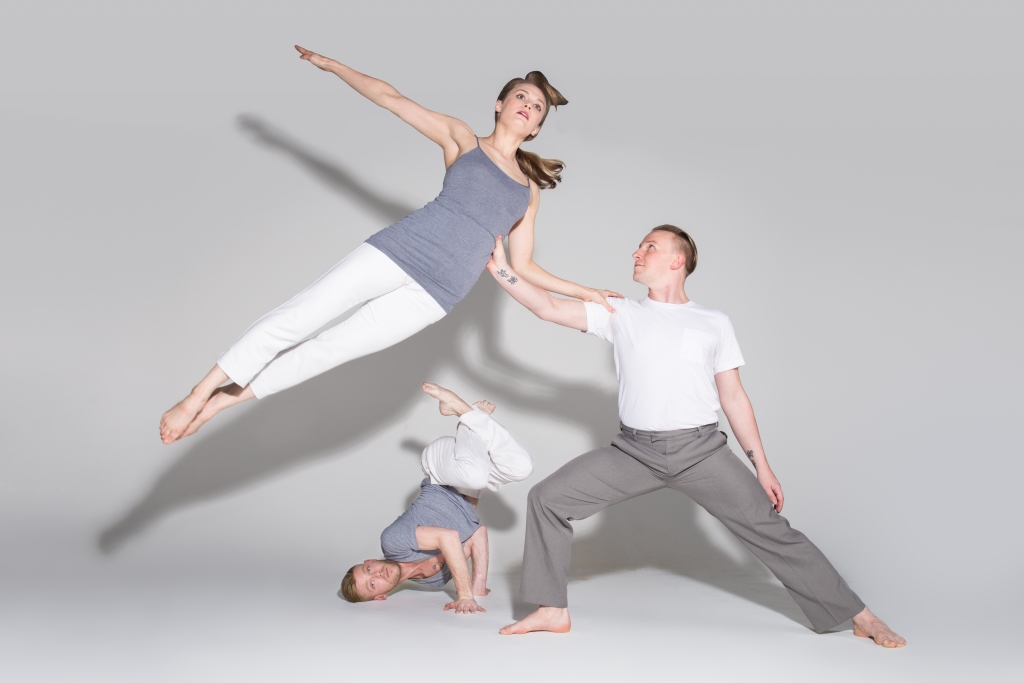 Did George Carlin say this?: “Writing about music is like dancing about architecture.”

No one seems to know. It’s been variously attributed to Steve Martin, Frank Zappa, Martin Mull, Elvis Costello, Thelonius Monk and Carlin, among others.

But it’s the inspiration, more or less, for the upcoming show by Danceworks, entitled “Writing About Music/Dancing About Architecture,” which runs March 3-6 at Next Act Theatre.

One day, Jason Powell, an actor and composer who has worked in the past with Danceworks, emailed Dani Kuepper, group’s artistic director and suggested the quote would make a great concert. Kuepper was taken aback by its simplicity and agreed.

“Jason thought writing about music was in some cases as beautiful as the music itself,” Kuepper says. “As artists, we do this kind of stuff all the time. Music inspires dance and it goes the other way as well.”

Kuepper says the seeds of creativity are all around us. “There’s nothing new, but it’s how you can make something unique. This concert is a good example.” You take a pithy quote, something that’s part of the culture and create — what exactly?

“My head has spun around a few times on this one,” Kuepper says. “The whole concert is audience interactive and we break down ideas.”

The show is so abstract, Kuepper says, the choreographers have had a tough time explaining to the marketing staff exactly what this is about. “It’s a lot to take in,” she says.

But the show arises out of an approach that has long been part of the Danceworks aesthetic. For starters, an emphasis on letting audiences become part of the production.

“Like they are part of the inner circle,” Kuepper says. “We’ll help the audience see how one form relates to another. How poems can inspire dance.”

Once patrons enter the lobby for this show, they’re invited to explore haiku poems created for this production and consider writing their own.

“We ask them if they’d like to write a poem as they walk in,” Kuepper says. “Right away they are participants.”

The dancers will dance as the poems are read aloud and others will be performed to music. “This is about empowering the audience in some way to feel part of what’s going on. I walk out and teach the audience to shift in their seats, dance with us.”

This show collaborates with members of the UW-Milwaukee’s institute of Chamber Music, who perform the music. Collaboration is often a part of Danceworks concerts.

In all, there will be four dances, each about 15 minutes long. There are improvised solos every evening. “Sometimes the dancers come in not knowing exactly what they’re going to do,” Kuepper says. Improvisation is also a touchstone in Danceworks shows.

Dancework members also take turns choreographing in shows. Company member Andrew Zenoni will create a dance that’s — more or less — about architecture. And Danceworks improvisation expert Joelle Worm will do a solo piece entitled, “Playback,” where her movements will be determined by a set of prerecorded instructions created by Powell. Another dance was created with no accompaniment, and then music from Schubert’s B flat Piano Trio was added to it.

Kuepper says we should look at contemporary dance as we would a painting or sculpture. Or as we listen to a piece of music we enjoy.

“Let go of the self-imposed pressure of your need to ‘get it.’”

Kuepper received both her BFA and MFA from UW-Milwaukee, where she has been a faculty member of the UWM dance department since 1999. She began as a child dancing around her living room. When her parents went shopping at Northridge, she went with and commandeered a space in the mall to dance on her own—a novel way to get over stage fright.

“I was doing my own flash mob stuff,” she jokes. “My older sister was so embarrassed she’d run away.”

A gymnast from an early age, Kuepper realized she had the innate talent required of a dancer. Growing up in Hartford, Wisconsin, there isn’t what you’d call a strong community of dancers. She had to find camaraderie and support where she could. Kuepper performed here and there, but wasn’t sure dance was her future.

So, to play it safe, she enrolled at UWM for a degree in business.

“I had this thought I’d better get ‘responsible,” Kuepper recalls. She did the work, but not all that well. Her heart clearly wasn’t in business.

But one day she walked around Mitchell Hall on the UWM campus, and that changed everything. “I walked by the dancers in a class and a light went on,” Kuepper says. “Right there I decided to follow my heart. To stop being ‘responsible’ and do what I loved. I have been happier ever since.”