Only one of 10 abortion clinics are in majority black neighborhoods. 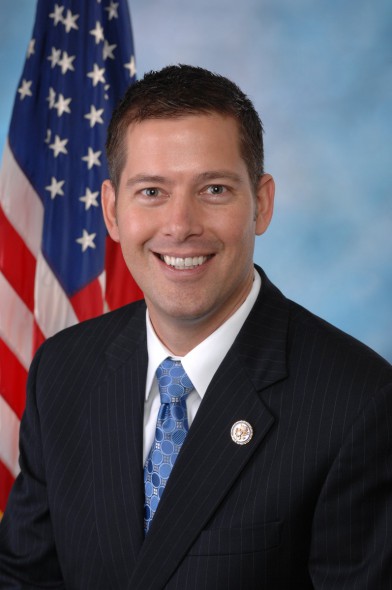 “I’ve heard many of my liberal friends and a lot of friends from the [Congressional Black Caucus] talk about how there is targeting and unfair treatment of African Americans in the criminal justice system,” Duffy said. “But what I don’t hear them talk about is how their communities are targeted in abortion.”

Groups like the Guttmacher Institute — an independent reproductive health research organization — have debunked this assertion with data showing that fewer than 1 in 10 abortion providers are in majority-black neighborhoods.

But no matter. That allegation has been uttered by countless conservatives. Recently, Republican presidential candidate Ben Carson accused Planned Parenthood of building “most of their clinics in black neighborhoods” so they could “control that population.” At last month’s March for Life, the Rev. Samuel Rodriguez, a prominent religious voice on Sen. Marco Rubio’s presidential campaign, described the targeting of African American and Latino women as “unbridled and unfettered racism.” Extremist groups like Protecting Black Life exist to disseminate this lie.

These comments are part of a massive disinformation campaign, one that seeks to dismantle the progress made by the pro-choice movement, shaming African American women and attacking the reproductive health providers they rely on. Their goal is to intimidate and inflict trauma while limiting the health care choices for pregnant women in need.

These anti-choice activists also exploit the high rate of abortion among black women as further (and somewhat circular) evidence that minority communities are targeted for abortion. For example, during his remarks on the House floor, Duffy said that the “African American community is 15 percent of the country as a whole, but account for 40 percent of the abortions. … In New York City, the most recent stat, African American women had more abortions than live births.”

Insisting these numbers represent a targeting of minority communities is flawed and misleading, and it perverts this debate with deceptive implications of causality. No one denies that the abortion rate in black communities is higher than in white communities, but failing to mention the underlying context behind those numbers demonstrates a disturbing lack of awareness of the impact of poverty and the realities faced by black women in America.

From 2008 to 2010, researchers from UCSF’s Bixby Center on Global Reproductive Health conducted 3,000 interviews with over 1,000 women across the country who had either had abortions or were denied care because of the timing of their pregnancies. The report uncovered that economic security was one of the primary reasons women pursued abortion care in the first place. Forty-five percent of the women were on public assistance, and two-thirds had household incomes below the federal poverty level.

The inability or outright refusal to recognize the barriers black women encounter in accessing quality prevention services and reproductive care walks the line between sheer blindness and malice. However, what infuriates me, and so many African Americans, is the shameless misappropriation of “Black Lives Matter” as a vehicle to demean women of color for exercising their right to make their own private medical decisions. Anti-choice lawmakers are using it as a political tactic to further their own ideological agenda.

Black Lives Matter is a critical component to our shared struggle for reproductive rights. It extends far beyond the realm of deadly interactions with police and economic inequality. It is a means to amplify our voices against injustice and to empower our communities. It provides an opportunity for those to shape a future worthy of their highest aspirations, free of political paternalism and discrimination.

This social justice movement means something to us.

I will not remain silent while Republican lawmakers publicly feign concern for women and children of color, while simultaneously attacking the very social programs that lift them out of poverty. Spewing such divisive rhetoric masked in moral concern exposes a stunning insensitivity for our community’s collective pursuit for dignity and equality.