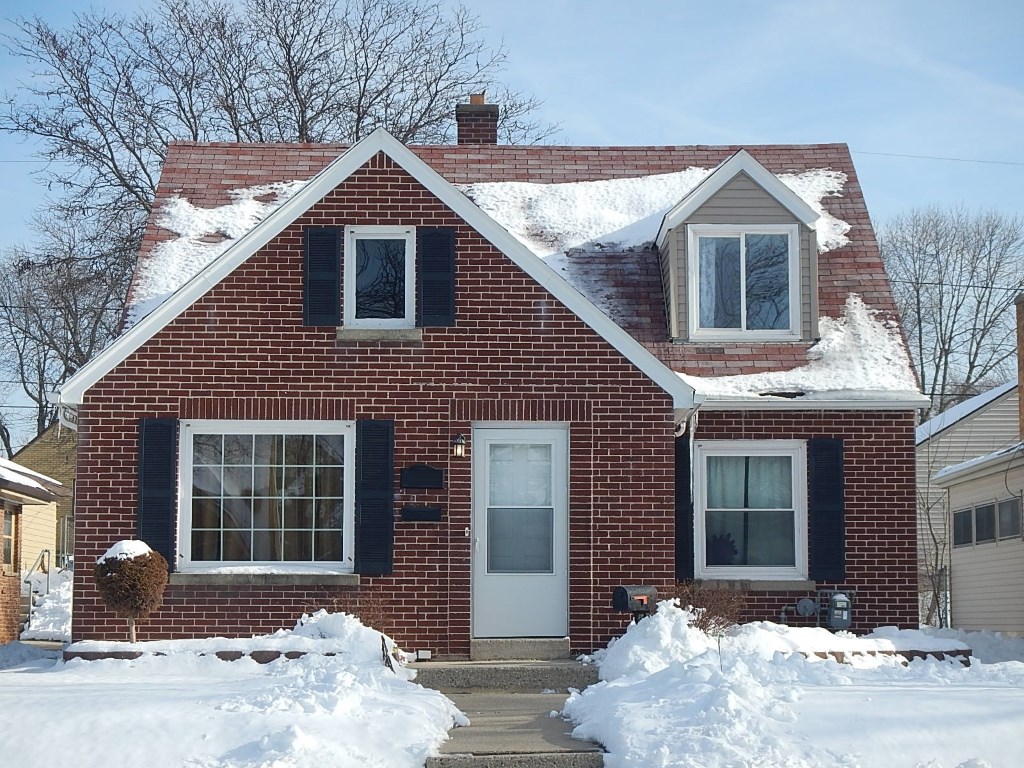 Khalif Rainey represents the Milwaukee County Board of Supervisors for the 2nd District, after winning an election in April 2013 to fill the remainder of the term of Nikiya Harris, who had been elected to the State Senate the previous November.

On December 28th, Rainey filed a certificate of non-candidacy for the office, joining four other Supervisors including Mark A. Borkowski, who had recently been elected to complete the term of the late Joe Dudzik as 11th District Alderman for the City of Milwaukee.

Rainey had announced his plans to join his fellow board colleague on the Common Council when 7th District Alderman Willie C. Wade made a surprise announcement that he did not plan to run again, throwing his support to Rainey. Rainey is one of several people running the aldermanic seat, and the primary election Tuesday will narrow the field to two.

Rainey is a Milwaukee native with “deep roots in the community,” as he put it. He is a graduate of Riverside University High School, the MPS school that has produced Aldermen Nik Kovac and Milele Coggs among its alumni.

Following college, Rainey worked in constituent services for Rep. Gwen Moore for eight years before making his run for office. He is married to Manandra Rainey, and the couple have a newborn daughter.

Rainey is a regular voter, and has had several addresses over the past few years. On December 1st, he registered to vote at this address, which is his new home on N. 54th Boulevard south of W. Capitol Drive. Rainey must rent: the home is apparently owned by an out of town investor who bought the property in January 2015 for $27,000, or a little more than a quarter of its assessed valuation.

Records show the house was plagued by a number of ills, including 16 building code violations that have since been remedied, including painting and other orders. The building had broken windows, and graffti on a wall. In February, 2013, while Rainey was running for supervisor, and well before he moved here, the city received a rat complaint for the property. “Burrows verified and baited,” wrote the inspector, who promised to monitor the rodents. The nuisance has since been abated according to city records.

Such is the decline that has happened in parts of this city, including areas like Grasslyn Manor, the subdivision where this house is found. Rainey’s presence may add stability to his area, but there have been 18 shootings and as many assaults in the Grasslyn Manor neighborhood in the last month alone. This is an area with many working families and homeowners of solid single family residences, and it appears they are not getting the full value for their considerable investment.

As we hope for change, it might be worthwhile to take a look back at the history of this house, which was built for Mr. and Mrs. Ralph F. Miller who took out a permit on March 5th, 1948, for the construction of a $10,000 house on a vacant 40-foot by 120-foot lot in this subdivision. There were no buildings on either side of the Cape Cod home at the time, just vacant lots.

As we’ve written previously, in our House Confidential on former alderman Willie Wade (who also lives nearby), the neighborhood was first developed in the 1920s as Grasslyn Manor, promoted as “Milwaukee’s Wonder Subdivision,” the “most extensive and perfected subdivision on Capitol Drive.” The creators of the 700-lot subdivision, Leonard and Joseph Grass bragged that “The magic touch of Grass Brothers converts farm land into beautiful homes amid grassy lawns.”

The onset of the Depression and World War II, however, slowed the pace of sales for the wonder subdivision.

Today, the neighborhood between N. 52nd and N. 60th streets is today quite ethnically and religiously diverse. It borders the better known Sherman Park neighborhood. To the south end of Grasslyn Manor is a significant Orthodox Jewish community, including a Yeshiva elementary school and the city’s only Kosher market.

When the Miller family had this house built in 1948, it included an 840-square-foot lower floor with four rooms and a bath, with a 450-foot upper floor including 2 bedrooms and a bath. The building is 27 feet high to the top of the roof, and has nine foot side yards, a 25-foot setback, and a 63-foot deep rear yard, part of which is occupied by a 20-foot by 24-foot, $600 garage constructed in September 1964 for Joe Shanahan who owned the property then. In 1968 the home got an addition of an enclosed porch for $275.

The residence fits in with the others on this block, which has nice street trees and good access to shopping and all of those churches and schools in the area. Due to the long time it took to develop the area it is not uncommon to see 1920s bungalows mixed with 1940s Cape Cods like this one, and even later homes. Some lots remained vacant, it appears, until the 1960s.

A community garden at N. 53rd St. is a key to the future of the area, residents hope, and there are signs that retail is returning to this densely populated area of Milwaukee. 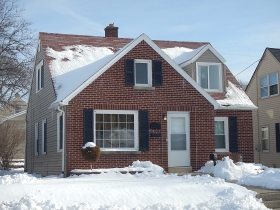 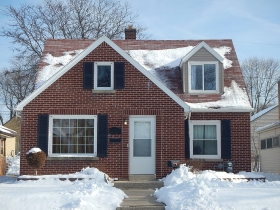 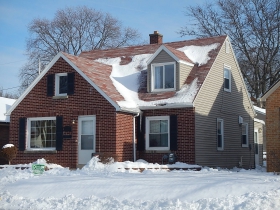 How Milwaukee Is It? The residence is 5.2 miles from City Hall.